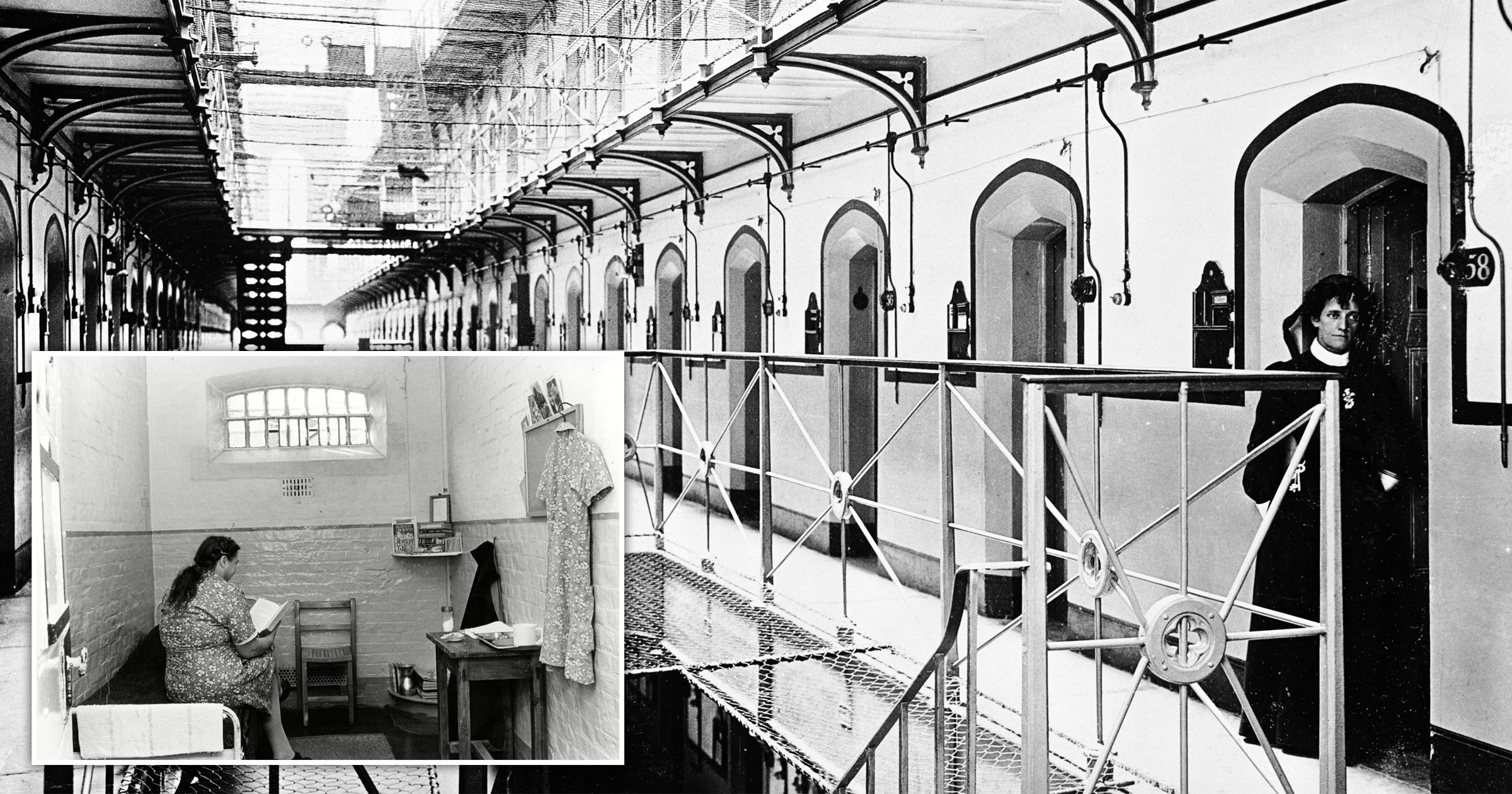 The ‘lost history’ of life behind bars at one of the UK’s most notorious prisons will soon be revealed.

The imposing structure, nicknamed Holloway Castle, was the largest women’s prison in western Europe until its closure in 2016.

But while a number of the women were indeed heinous criminals who committed unspeakable acts, countless others had been ‘thrown behind bars’ on trumped up charges that were very much based on their gender.

Suffragette Christabel Pankhurst was imprisoned after she was arrested in 1905 for storming a Liberal Party rally to demand votes for women.

The following year, her sister Sylvia was also sent to the prison after she sparked a protest in the House of Commons.

Their mother, Emmeline Pankhurst, also served time at Holloway and wrote of her traumatic force feeding at the hands of prison guards.

My gums, when they prised them open, were always sore and bleeding, with bits of loose and jagged flesh … sometimes the tube was coughed up two or three times before they finally got it down. Sometimes, but not usually as I was generally too much agitated by then – I felt the tube go right down into the stomach; a sickening, terrifying sensation, especially when it reached the breast.

They lost everything – their reputation, their job, their family.

Dr Rosemin Najmudin, who lives in Lewisham, London, has interviewed former inmates ahead of the release of her new book, Holloway, out later this month.

She’s hoping to shed light on the way the justice system treated women – and what lessons we can still learn today.

She told Metro.co.uk: ‘Prison was an exaggeration of society, and I’m determined to tell the stories of women who faced injustices and lost everything.

‘Women at the time were more badly punished than men and often treated more harshly for minor crimes – and you still see that today.’

Rosemin has spent years researching the prison and speaking to those who were imprisoned there.

Many of those who spent time at the prison felt ‘ashamed’ to speak out and are written about anonymously.

Rosemin has also explored the diversity of the prison and delved into not only gender but how race impacted inmates.

One Nigerian mother she spoke to had lost most of her children after she was accused of abuse.

She also interviewed a Burmese woman who was ‘discarded’ into prison when her employers no longer needed a servant.

She told Metro.co.uk: ‘Of course I came across women who were frightening and these have had plenty of media attention. But the ones I met who have been left feeling ashamed and shameful needed better resolution than was offered to them. I dedicate this book to them.

‘The majority of women [at Holloway] should not have been prosecuted and imprisoned.

‘There were a small number of repeated offenders who found being institutionalized better than surviving alone outside, the homeless who were there every cold spell of weather, the women who chose or were forced into prostitution or stealing for others.

‘These women were vulnerable and knew that life in Holloway was easier than facing controlling boyfriends or pimps or those who “owned” them.

‘However,  survival was key. There was bullying and abuse, but also support, strength in friendships, and shared experiences. They cried, talked and protected each other.

‘As in any society, we try to find like minded people. The key was to stay “invisible” and not attract attention of the few who could be abusive and held power.’

Rosemin explains that why many women were brushing shoulders with murderers and bank robbers, they were in for far lesser offences.

Attitudes towards women in general at the time had caused many to be thrown behind bars for the most minor of misdemeanours.

Many had ‘paid the price of a misogynistic system where women are seen as “asking for it”’, Ros explained.

But HMP Holloway did have some positive stories – especially for women fleeing pressures from the outside world.

While behind bars, some inmates acted as mentors, ran libraries and supported prison staff to train, teach and occupy the time of imprisoned women.

Others were able to get medical help they hadn’t before.

Joanna Kelley was Governor of Holloway between 1959 and 1966 and shared her experiences in the book ‘When the Gates Shut’.

In a report during her time at the helm of the prison, she described ailments being ‘put right’.

She wrote: ‘Many of the women who come to prison, too, have led lives that are wretchedly marred by anxiety and tension: an enforced rest may often be highly beneficial for them.

‘A high proportion of the women who come to Holloway are in a poor state of physical health on admission. Often things are wrong that can easily be put right, but which have been neglected.’

In the sixties, women were seen as ‘mad, not bad’ and the prison was revamped structurally to reflect a new way of thinking.

But problems such as overcrowding and prison staff strikes soon followed. Questions soon swelled on how women were being treated and the level of care they were receiving.

HMP Holloway eventually shut in 2016 and the prison was deemed ‘antiquated and inadequate’ by the Ministry of Justice.

By that point, it had witnessed decades of history and left a mark for the future of the UK’s justice system.

Rosemin, who is originally from Uganda and grew up in Worchester, feels the stories of the women inside the prison are still relevant and have left a legacy that should still impact law-making today.

She said: ‘My hope is that those who work in the justice system learn, are empathetic and realise what the games they play with people, women’s lives, does.  It not only affects the women, but the whole family, especially children.

‘The UK are quick to blame, slow to change and right wrongs. Cases such as what was done to some people who came with the Windrush Generation and were not classed as British.

‘They were sent back and told to leave the country for decades have yet to be compensated.

‘The cost of criminalising women, people, who are often vulnerable or simply used to make a point in society far exceeds rehabilitation costs.  Prisons and the criminal injustice system earn somebody a lot of money.

‘The system needs an overhaul.’

Rosemin’s book, Holloway, can be found here or on Amazon.