A memorial service for the Queen served as the setting for the first ever official rendition of the changed national anthem.

God Save The King, an entreaty to send him victorious, filled St Paul’s Cathedral this afternoon.

It had earlier been sung spontaneously by the crowds who gathered at the gates of Buckingham Palace to greet the King and Queen Consort on their return to London.

Dignitaries gathered for a church service in London to honour the late monarch, who died surrounded by her family at Balmoral yesterday.

The 96-year-old had been in ailing health for some time but the speed with which the end proceeded has left the nation shocked.

The subtle change in the anthem is one of many which have come into force immediately or will be phased in over the years.

This morning, courts opened with an oath which reflected the change of monarch and judges appointed Queen’s Counsel became known as King’s Counsel overnight.

More complex changes to things like coins, notes and stamps may take several years to be fully completed. 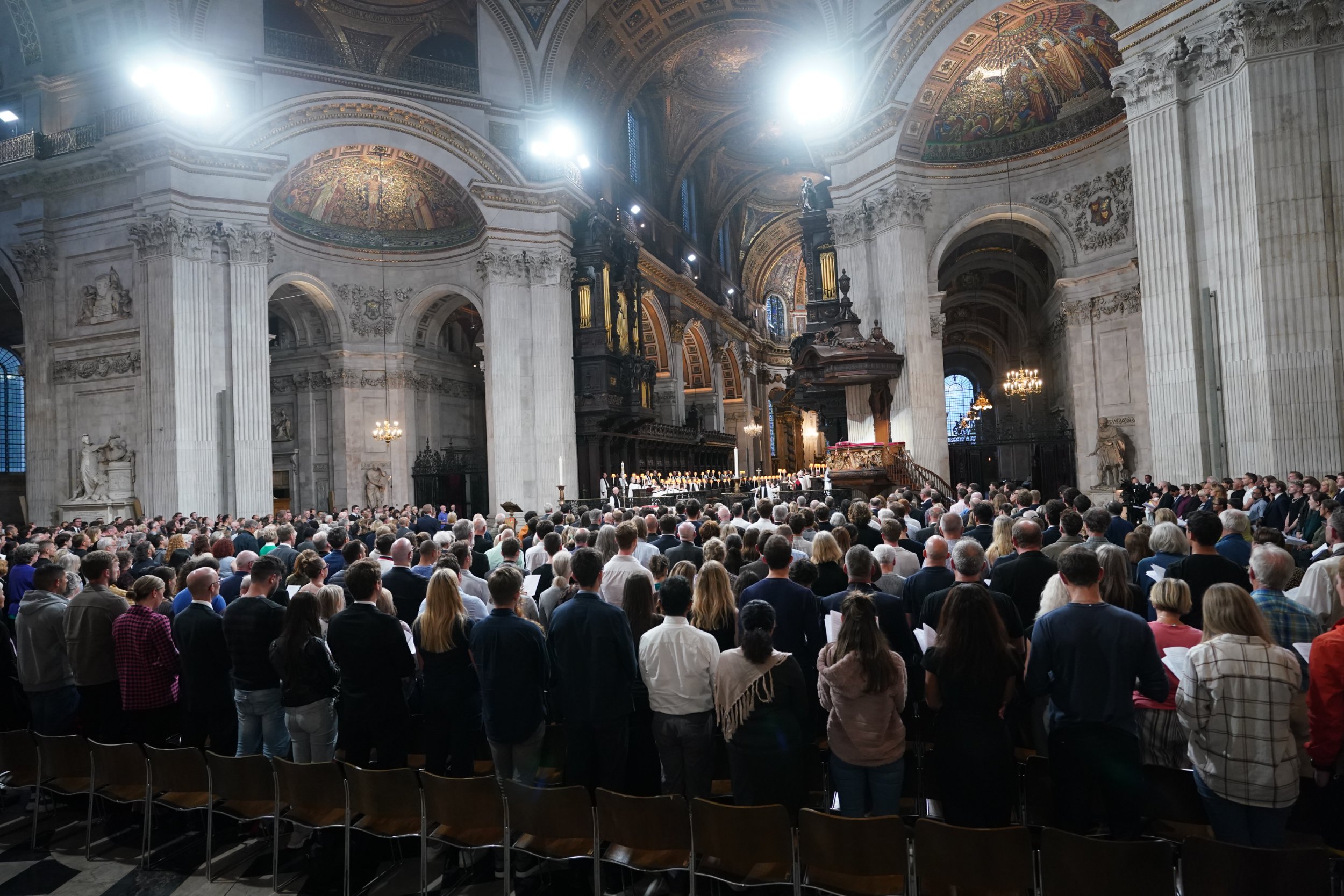 Members of the family, who this morning left Scotland separately, did not attend the service.

It was open to a limited number of members of the public, with prime minister Liz Truss among senior politicians there.

She gave a solemn reading from Romans 14.7-12 while London mayor Sadiq Khan, Labour leader Sir Keir Starmer and Sir Lindsay Hoyle, the speaker of the House of Commons, watched on.

Hundreds of people queued up for a chance to be a part of the service with 2,000 seats up for grabs on a first come, first serve basis.

Dame Sarah Mullally, Bishop of London, as Dean of the Chapels Royal, delivered the address, while Archbishop of Canterbury Justin Welby gave the blessing.

At 6pm, as the rest of the country listened, the congregation was played audio of King Charles’ first address to the nation.

The historic speech included moving thanks to the country and confirmed his heir William is to now be known as the Prince of Wales.

Though the speech began with the words of a king, it ended as a grieving son: ‘To my darling Mama, as you begin your last great journey to join my dear late Papa, I want simply to say this: thank you.

‘Thank you for your love and devotion to our family and to the family of nations you have served so diligently all these year.

‘May flights of Angels sing thee to thy rest.’