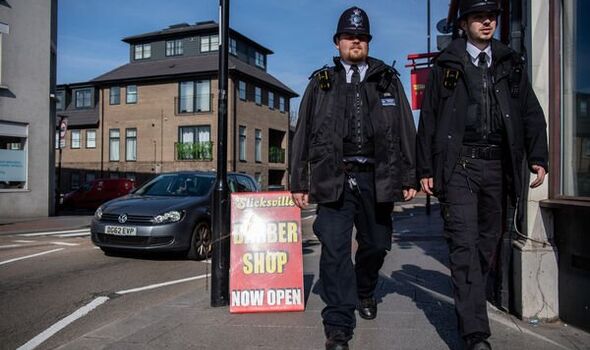 Numbers are so low there is now just one community bobby on the beat for every 2,400 residents, it was said yesterday.

Figures suggest that back in 2012/13 one neighbourhood officer or PCSO was available for every 1,650 people.

But a decade later that had fallen, said Her Majesty’s Inspectorate of Constabulary and Fire & Rescue Services.

However, in Cambridgeshire and Surrey residents per officer is more than double the average at over 5,000.

The report said bobbies assigned to neighbourhood roles had fallen by more than 7,000 to 16,577 in England and Wales since 2015.

However, the Home Office said that not all forces distinguish between neighbourhood policing and other functions.

It comes amid reports of “superficial” patrolling in Stockport by officers who were allegedly seen pulling up in cars, taking photos of themselves on the street and then driving away. Chief Superintendent John Webster, from Greater Manchester Police, has told colleagues: “I want to see evidence they have been there, speaking to our community and spending time there.”

But shadow home secretary Yvette Cooper said: “The Government is letting criminals off and communities down.”