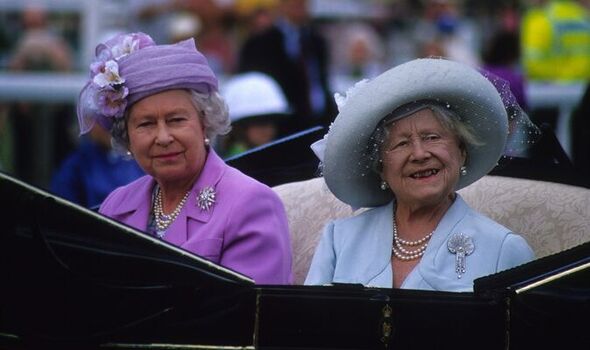 The monarch privately remembered the much-missed matriarch at Windsor Castle yesterday. It came the day after the memorial service for her beloved husband, the Duke of Edinburgh, her first official engagement outside a royal residence for nearly six months. Queen Elizabeth the Queen Mother, the widow of King George VI, died at the age of 101 on March 30, 2002 in her daughter’s Golden Jubilee year.

The Royal Family on social media paid tribute to the former Queen Consort for “inspiring great affection from the public which her daughter the Queen spoke of as, ‘the special place she occupied in the hearts of so many’.”

In 1936, after Edward VIII abdicated, they became King and Queen.

Their coronation in Westminster Abbey was attended by daughters Elizabeth and Margaret.

The Queen Mother rebuilt the monarchy from the ruins of the abdication and became the cornerstone of the House of Windsor.

She stayed in London with GeorgeVI during the Blitz and the couple were seen as sharing in the nation’s hardships when Buckingham Palace was bombed.