One teary man, holding his drink above his head, bellowed God Save the Queen as many onlookers behind him joined in outside Buckingham Palace’s gates. The area started to become increasingly busy today after news of concern for the Queen’s health. Her immediate family, including her four children and Prince William flew to Aberdeenshire to be by her side this afternoon. Then, around 6.40pm this evening the palace confirmed the country’s longest serving monarch died peacefully surrounded by her loved ones.

Scores of people have continued to gather outside Buckingham Palace in London, despite heavy rain, as the sun set on one of history’s most poignant days.

Onlookers have also arrived outside Balmoral, where the Queen had resided throughout the summer, and where members of the royal family rushed to as Her Royal Highness’ health deteriorated.

And a sea of floral tributes have also been laid outside Windsor Castle.

The Queen would live at Balmoral throughout the summer months, and had been due to return to London towards the end of this month. 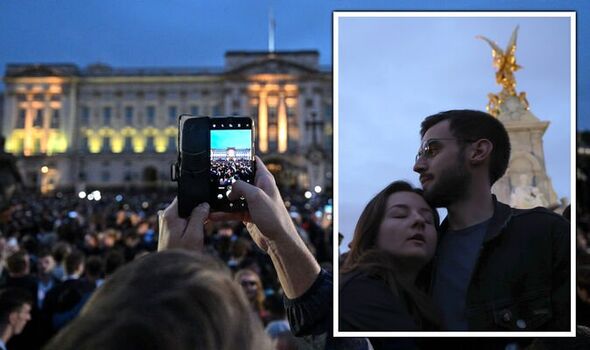 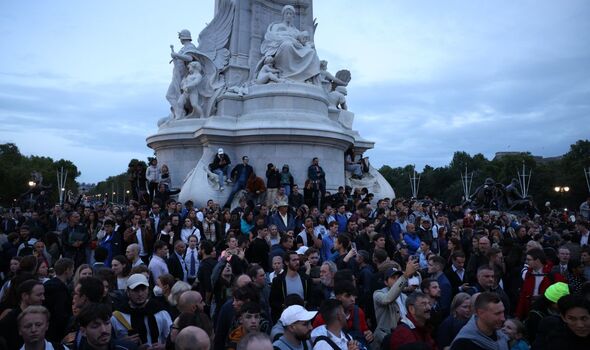 Buckingham Palace has been under clouds of rain all day, and despite the drab autumnal weather, more people are still arriving outside the palace gates to pay their respects, albeit wielding umbrellas.

In Windsor, the adverse weather has held off, and over in Edinburgh, some bystanders have visited Holyrood Palace, a place where the Queen stayed for a week at the start of each summer to carry out work and public engagements.

Today is not only a sad day for the nation – but one of change – as Prince Charles is now King Charles III, and the Camilla the Duchess of Cornwall automatically becomes the Queen Consort.

Queen Elizabeth, the longest reigning monarch, and the Head of State for 14 other Commonwealth countries, has been at the helm for many people’s lifetimes – but the youngest generation will now grow up in an entirely different era. 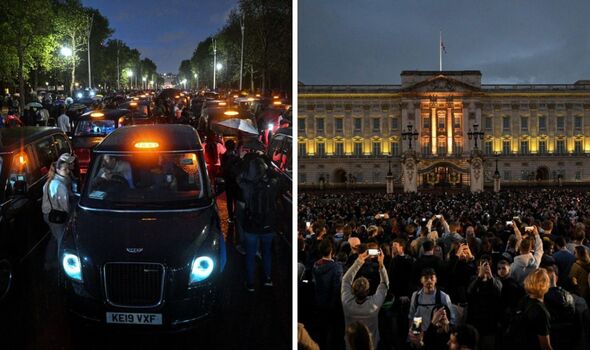 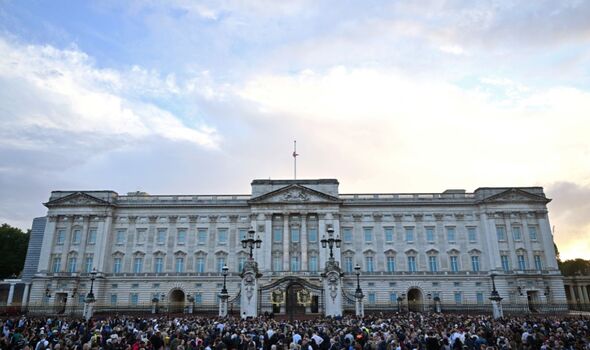 The profound sorrow for the Queen’s passing can be witnessed by passionate bystanders who have erupted into song – many singing the National Anthem in tribute to Her Majesty.

Some people who had travelled to The Mall as the news of the Queen’s concerning health broke said the entire area fell into silence as the worst was confirmed.

And there were more tears as people comforted one another outside the Queen’s Sandringham Estate in Norfolk.

It is likely that in the days that follow, crowds will remain.

Among those marking the Queen’s life are taxi drivers who have parked up at The Mall.

Ian Fullagar, who has driven a black cab for four years, said that the Queen “becomes a big part of your life” as a taxi driver, and he wanted to come to the Palace “as a mark of respect”.

Sitting in his cab outside Buckingham Palace, he told PA news agency: “It’s what we do as a mark of respect. She was the head of state, she was a great woman, she was well-respected.