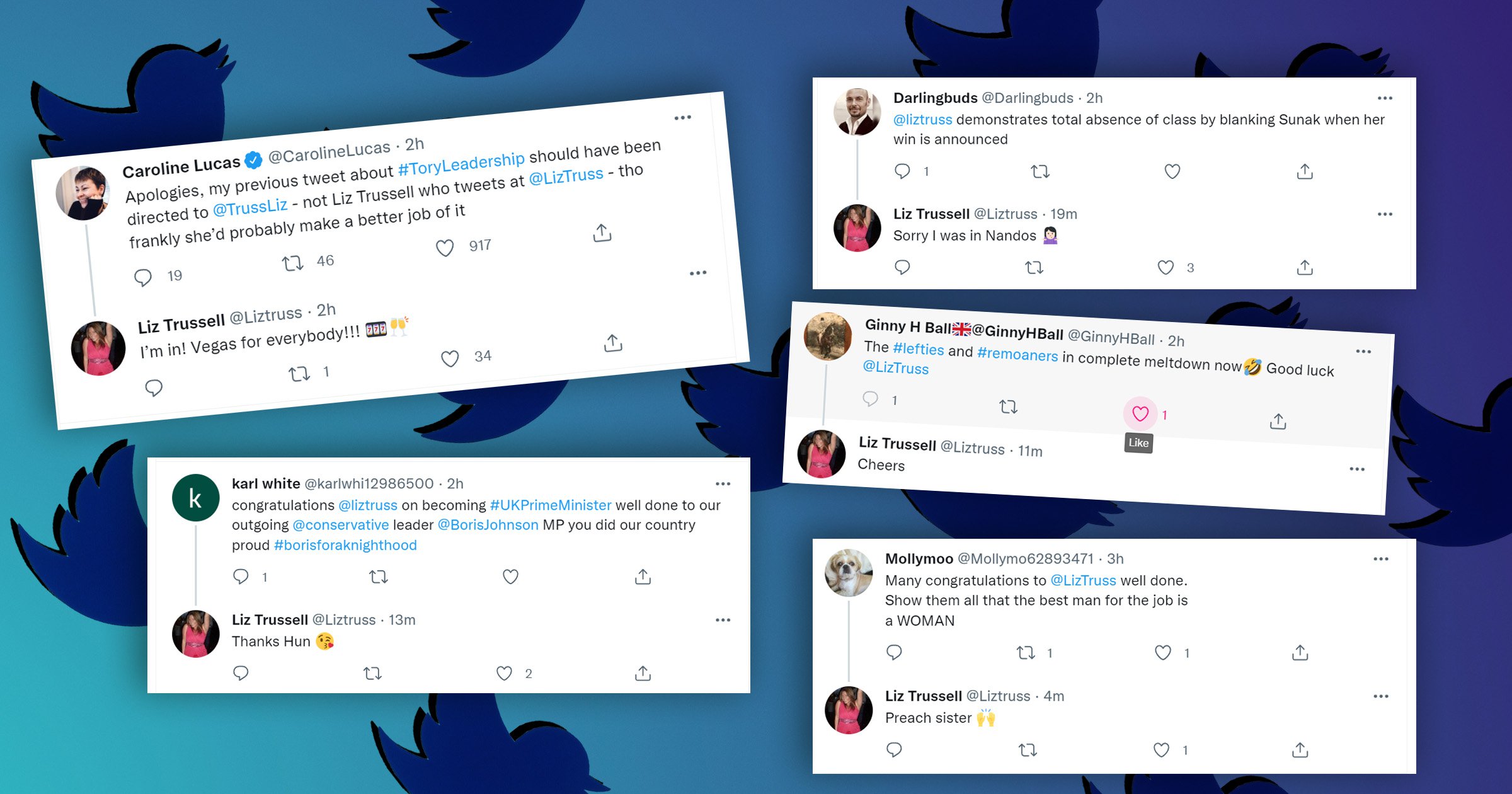 Liz Trussell has been having fun on Twitter on the day that Liz Truss found out she would be Britain’s next prime minister.

Liz Trussell seems to be having a great time after being thrust into the limelight following Ms Truss’s victory over Rishi Sunak earlier.

Replying to one scathing tweet which read: ‘@liztruss demonstrates total absence of class by blanking Sunak when her win is announced’, she responded: ‘Sorry I was in Nandos’.

The tweets are now piling up, in scenes reminiscent of infamous tweeter ‘John Lewis’, who is often mistaken for the official store, particularly around the time of its Christmas advert release.

She also retweeted Jake Graham, who wrote: ‘Liz Trussell who has the @Liztruss Twitter handle looks like an absolute hun! Can we please have her as PM instead?’

Liz Trussell has acknowledged various congratulations on Twitter, adding: ‘Thanks babe’, to one.

Former Green Party leader Caroline Lucas said sorry for getting the pair confused, writing: ‘Apologies, my previous tweet about #ToryLeadership should have been directed to @trussliz – not Liz Trussell who tweets at @Liztruss – tho frankly she’d probably make a better job of it’

Sorry I was in Nandos ð¤·ð»ââï¸

I love Bingo! Iâm in

Yes!!! Still waiting on the car tho!?

She also appears to have accepted one application to be her number two.

Ed Wilson wrote to her: ‘Congratulations! This must have come as a (perhaps unpleasant) surprise. I think you get whipped off to the see the Queen now and then straight into Downing Street (bring a wallpaper scraper). Can I be chancellor?’