The British public have had their eyes glued on the funeral of Queen Elizabeth II today. The whole Royal Family came together to say farewell to Her Majesty – but a vacant chair in front of King Charles at the committal service in Windsor raised questions.

During previous royal events, some have speculated that this could be a deliberate move to represent a member of the Royal Family who has passed away.

However, this is not, in fact, the case. The empty seat in front of Charles is merely there to follow royal protocol. No one is allowed to sit in front of the reigning monarch at this kind of event so the monarch’s view of proceedings isn’t blocked.

This has been seen before at other royal events. At Princess Eugenie’s wedding, a seat was left empty at St George’s Chapel in Windsor.

When Prince Harry married Meghan Markle in 2018, the same protocol was followed. 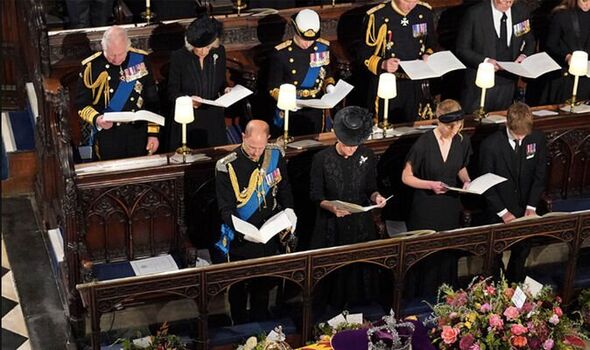