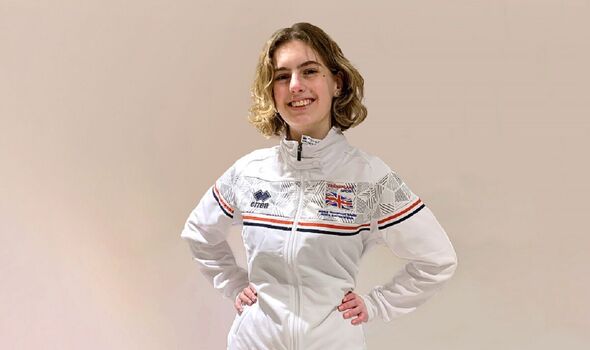 But 17 years later she is set to represent her country at the World Transplant Games, in Perth, Western Australia. Eloise had two open heart surgeries and then a heart transplant, just after her first birthday. She has now been selected to represent Team GB in table tennis and badminton in April.

Mum Sarah, 49, married to Andrew, 52, an engineer for an oil company, near Aberdeen, said: “It’s such a fantastic achievement for Eloise. She has always loved competing.

“To be born with half a heart and now to be selected to represent Great Britain is amazing. We are incredibly proud. It’s such an honour.”

Eloise – who has two sisters, Aine, 13, and Isabel, nine – was born with hypoplastic left heart syndrome, where the right side of the heart doesn’t develop properly. If untreated, babies die in weeks.

Sarah said: “It was such a shock when the doctors told us. We didn’t know what the future held for her.”

Infant Eloise had her first open heart surgery at Guy’s Hospital in London when she was a day old. Surgeons replumbed her heart, then she had more surgery months later.

She was put on the waiting list for a new heart. Seven weeks later a donor was found and she had her transplant.

Sarah said: ‘The transplant went incredibly well. Straight afterwards she had pink hands and feet for the first time in her life. From then on she went from strength to strength.

‘We are forever grateful to the donor family that made the brave decision to donate their child’s heart.

“Without them, we wouldn’t have our daughter.”

Since then Eloise has competed regularly in the British Transplant Games, at various age groups, and has won medals in badminton, table tennis and ten-pin bowling.

Sarah said: “Eloise has been so healthy since she got her new heart.

“To look at her you’d never know she was born with half a heart.”