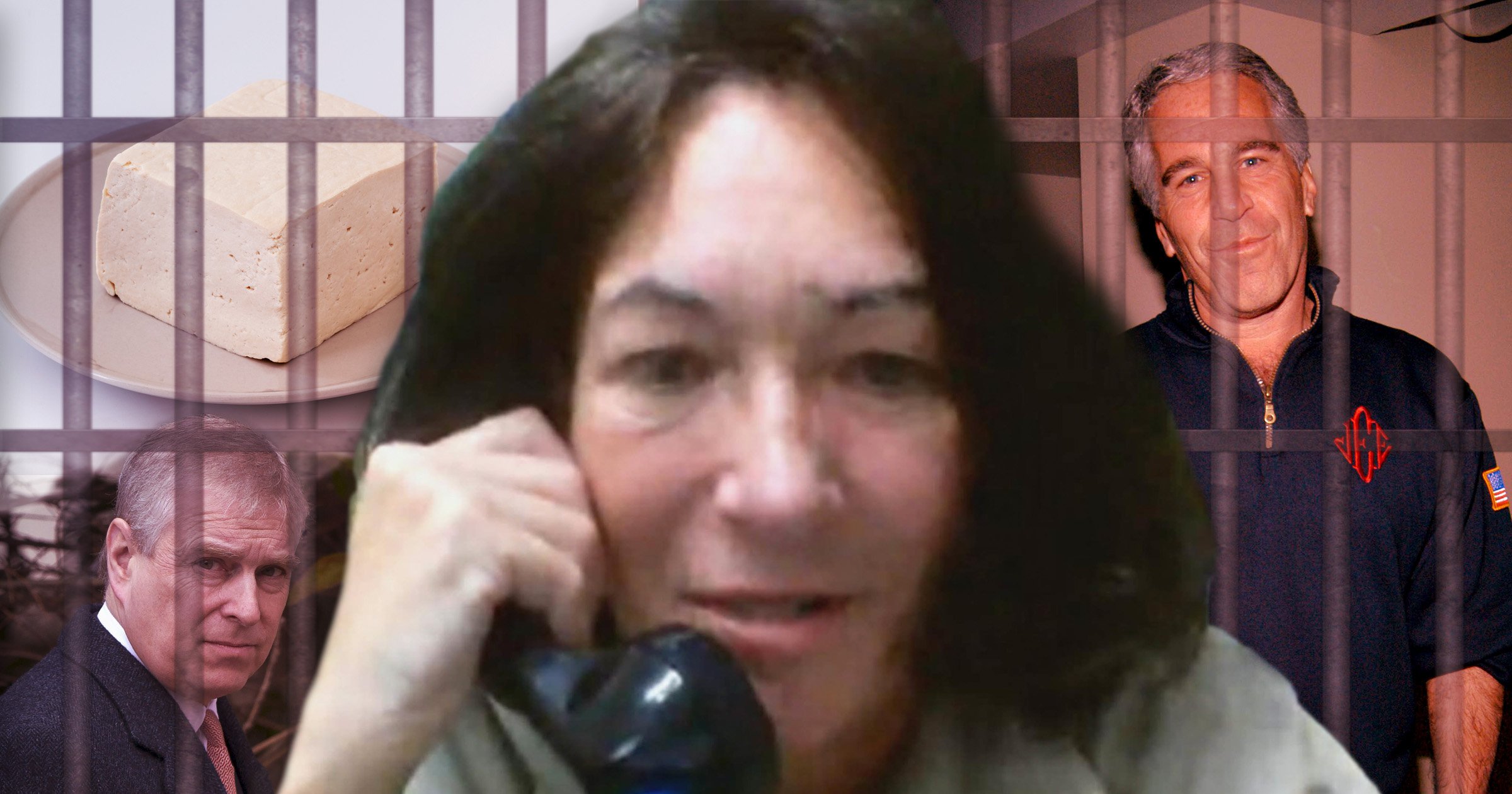 Convicted sex trafficker Ghislaine Maxwell has given her first interview from behind bars in a tell-all chat with Jeremy Kyle.

Disgraced socialite, Maxwell, 61, spoke with the TalkTV presenter in a pre-recorded interview from the low-security prison in California.

In the one-hour chat Maxwell who is behind bars for her sex crimes with close friend Jeffrey Epstein spoke about her relationship with Prince Andrew, meeting the Queen and her ‘tasteless’ prison Tofu.

These were the main takes from the interview….

She said she wished she never met Jeffrey Epstein

‘I honestly wish I had never met him… Looking back now, I probably wish I had stayed in England. But leaving that aside, you know I tried to leave and start another new job and move on from the end of ’98, ’99. So, I wish I had been more successful in moving on…Because I’d been a banker and so I should have moved on completely.’

She thinks Epstein was murdered in prison

She moaned about her prison food

Speaking about her no meat diet from behind bars she said: ‘The portion control is very odd. And when like me you’re on a no meat diet, you’re supposed to have either hummus or cottage cheese or tofu for you but most of the time, I’d say about 95 percent, it’s tofu if it’s anything or beans.

’95 percent, it’s beans or otherwise you have a tofu substitute. And then the tofu has no seasoning, there’s no seasoning allowed. No salt or pepper or anything. So it’s beyond tasteless.’

She said: ‘So, they wake you up at 6. And you can go to breakfast, which consists of a cereal and fruit, a piece of fruit, generally. And then you have to make your bed in military style so there is nothing that’s sticking out. It has to be a prescribed way otherwise you can get into trouble. You can get what’s called a ‘shot’.

‘And then at 7.30am you go to work and for me that means I go to the law library, to help people so if they have detainers or they have warrants, or they are trying to appeal their case or… let’s see, if they are trying to get compassionate release or they ask about the first step back or how credits are applied to their time. That sort of thing and I ask those types of questions.’

When she met the Queen she said they spoke about horses

‘I thought that the Queen was one of the most exceptional women I ever had the honour and privilege of briefly meeting and I think anybody of her stature, the longevity of her reign, her elegance and her sheer capacity for dedication to her work and to her job really was just astonishing. And it was one of the greatest privileges of my life to have that honour to meet her.

‘She created a warmth and a sparkle in her eyes that was just mesmerising really and I shared, the story that we shared was about horses because I love horses and she loves horses and so we talked about horses briefly, I remember, and just shared a love of horses. And that was one of her great loves.’

The Prince Andrew and Virginia Giuffre is ‘fake’ according to Maxwell

‘Well, it’s a fake. I don’t believe it’s real. In fact I’m sure it’s not… There’s never been an original… Further, there’s no photograph, I’ve only even seen a photocopy of it…

‘I don’t believe it happened, certainly the way as described. It would have been impossible. I don’t have any memory of going to Tramp. Certainly it’s not an outfit I would have worn. Her stories have changed so many times, what happens, when it happens, how it happens with different versions… Each time she speaks there’s a different version. In fact, if you look at her BBC interviews, on Panorama, I believe she said he, I can’t remember, either he or…he puked on her face. That’s the only time she ever said that.’

She wouldn’t apologise to her victims

‘I say Epstein has died and they should take their disappointment and upset out on the authorities that allowed that to happen.

‘And, as I said, I hope that they have some closure via the judicial process that took place.

‘And I wish them, er…..time is ticking on and to be able to have a productive and good life going forward. And that’s what I hope for them.’