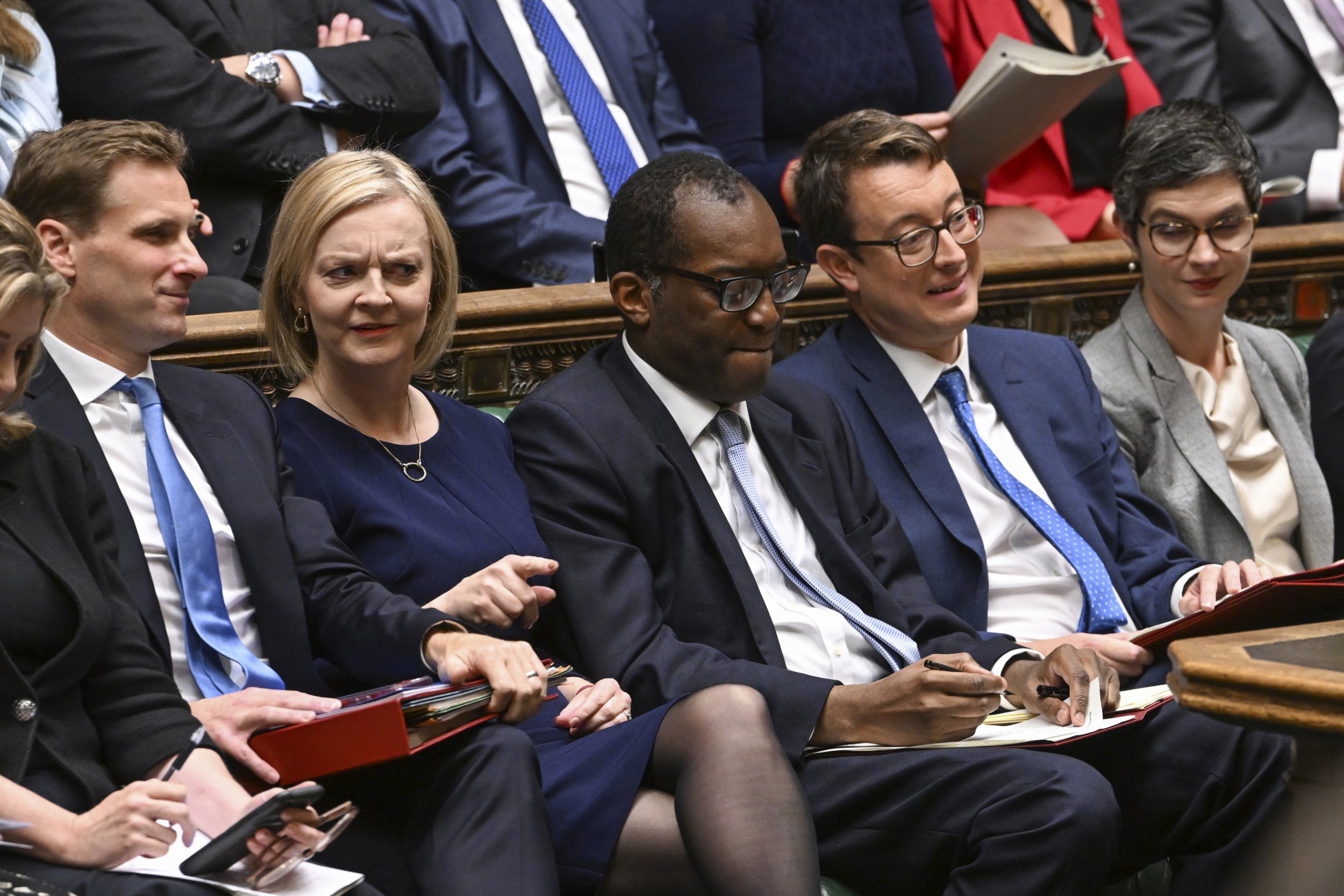 It’s becoming increasingly apparent that the Conservative Government is more invested in pursuing catchy slogans than they are in effective policies that could actually help people in need.

Take ‘levelling up’, as one example. Promised in the Conservative’s 2019 manifesto, Truss has recently been urged not to abandon the policy by Northern Tory MPs: but there’s no space for ‘levelling up’ in this slash and burn government.

The slogan was a key element of the party’s election-winning manifesto; but the current government doesn’t seem to have any interest in taking practical action towards implementing the actual policy of ‘levelling up’, as evidenced by Truss’ torturous efforts on regional radio stations

Levelling Up was described by Boris Johnson as the ‘defining issue of his government’ – investing in areas outside of London and the South East of England to try and redress some of the economic and social inequalities in the UK.

Jacob Rees-Mogg – now the business and energy secretary – faced the rage of an angry House of Commons when announcing that fracking would be part of the government’s energy security plan.

Truss herself couldn’t even commit to ruling out fracking in Preston when pressed on BBC Radio Lancashire.

Given the ferocity of opposition to fracking in the area, it is hardly a ringing endorsement of one of the central planks of the Levelling Up agenda – to give areas more say in how investment is made in their local region.

Her response made it sound like she didn’t actually know where Preston was, let alone about support levels for exploratory gas mining: despite stating that fracking would only go ahead in areas that have local consent.

There’s no ‘levelling up’ hidden in the shale deposits of the UK, just earthquakes.

It’s becoming ever more evident that our new government is still prioritising buzzwords over action.

They’ve rallied around what seems to be a new one-word slogan: ‘growth’ is the word at the top of every Truss pronouncement.

But ‘growth’, which in itself is as tricky to define as ‘levelling up’, will mean something different to those currently in government than it does to people at risk of homelessness because they can’t afford the rent increase or who are terrified of having their benefits slashed.

Berry clearly exists in a different world to his constituents, far removed from the realities of what job applications and household budgets look like. Is his get-on-your-bike throwback attitude what ‘growth’ means?

Before Berry made us all privy to his ignorance of the realities of poverty, the aforementioned Rees-Mogg had said the business department he now leads will be the ‘department for growth’.

But there is little benefit in a department for growth if the country doesn’t grow with it.

The recent humiliating U-turn on the government’s mini-budget, which resulted in the cancellation of the much-derided proposed 45% tax cut for the country’s highest earners, doesn’t inspire confidence in the Truss regime doing anything effectively, never mind growing the economy.

Regardless of its being scrapped: putting so much political capital into a principle which crashed the pound and forced the Bank of England to halt a run on pension funds with £65bn doesn’t suggest a competent or responsible government.

‘Levelling up’ and ‘growth’ are conceptual buzzwords designed for manifestos and party-political broadcasts. Rees-Mogg’s eloquence might grab views on social media but it means very little to people’s direct debits and supermarket shopping bills.

And with the announcement of a desperately needed government policy paper on health inequalities being scrapped, it’s hard to see where even the most basic functions of government exist in Truss’s new regime.

Truss’s recent radio appearances reflect a consistent inability from her government to face up to their disaster. Issuing silence, or ‘not accepting the premise of the question’ is an insult to people desperate for answers.

It is darkly ironic that a government responsible for introducing the ‘levelling up’ agenda hasn’t once recognised its role in causing the discrepancies it now seeks to address.

The goalposts for ministerial responsibility must’ve really shifted if, for example, the not-so-simple act of inducing a full-blown financial crisis hasn’t meant a resignation in government.

After nearly three years of ‘levelling up’, with the economy weakened by bad management, the Tory stewardship of this abstract phrase has run its course without a great deal to show for it.

Relying on those phrases without presenting an effective case for putting them into practice gives us the image of a political party that hasn’t adapted to the times.

The best ‘growth’ we can hope to achieve is in a rapid direction away from a useless government, which decorates itself with bottomless slogans of self-importance and towards genuine hope for better living.