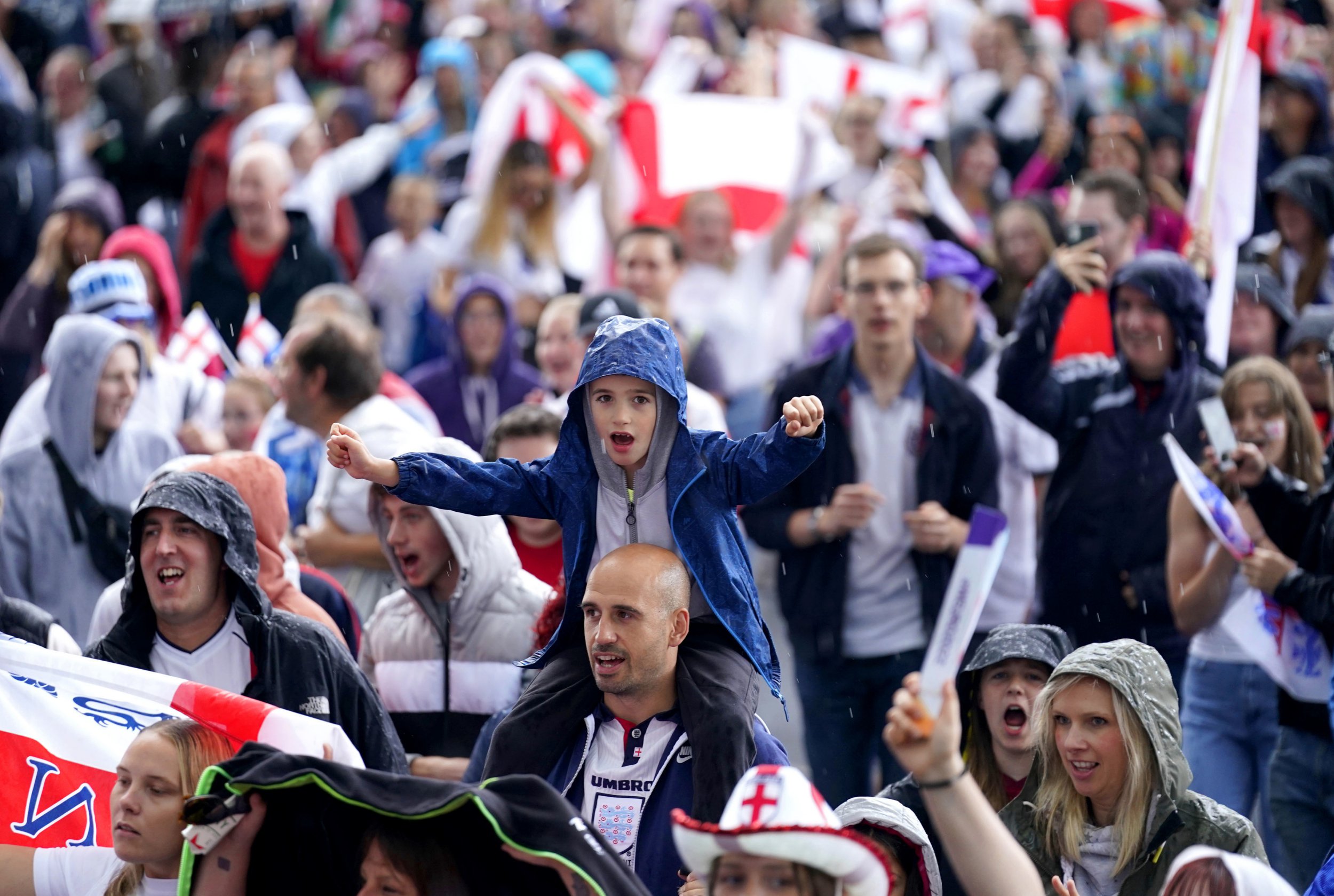 Prince William tweeted his support for the England women’s team ahead of their semi-final against Sweden tonight.

The Duke of Cambridge, who is president of the Football Association, said: ‘Good luck tonight Lionesses, the whole country is behind you #WEURO2022 W.’

England are one game away from a showdown against either France or Germany at Wembley on Sunday.

At least 11 million people are expected to tune in to tonight’s match at Sheffield United’s Bramall Lane as the Lionesses seek to go one step further than their last three major tournaments.

And in another first for women’s football – some 5,000 fans will cram into Trafalgar Square to watch the semi-final.

England manager Sarina Wiegman has named an unchanged side yet again.

Substitute goalkeeper Hannah Hampton returned to the squad, having recovered from coronavirus, in the only alteration made by the Dutch head coach.

Sweden made two changes, with Hanna Glas and Sofia Jakobsson being named in the side, while Amanda Nilden and Johanna Kaneryd took their place on the bench.

Boss Wiegman told a press conference in Sheffield: ‘The England team is ready to play their best game tomorrow against Sweden, and hopefully we inspire the nation.

‘I hope the fans are going to bring us lots of energy again. We’ll do that ourselves, but it was really an extra thing, an extra dimension, what we got in our last games, and that’s really exciting. We hope we’re going to make them proud again.’

England have lost in the semi-finals at each of their last three major tournaments – Euro 2017, where they were beaten by hosts and eventual winners the Netherlands, then managed by Wiegman, and the World Cups of 2019 and 2015.

When asked about those previous last-four exits, Wiegman – in charge of England since last September – said: ‘I think it’s necessary to be in the now.

‘I do think you always have to learn from your experience and take out the things that you can take, to become better and learn.

Wiegman then gave a similar response when asked about England possibly winning Sunday’s final, saying: ‘We first have to play a semi-final and that’s the only thing that counts.