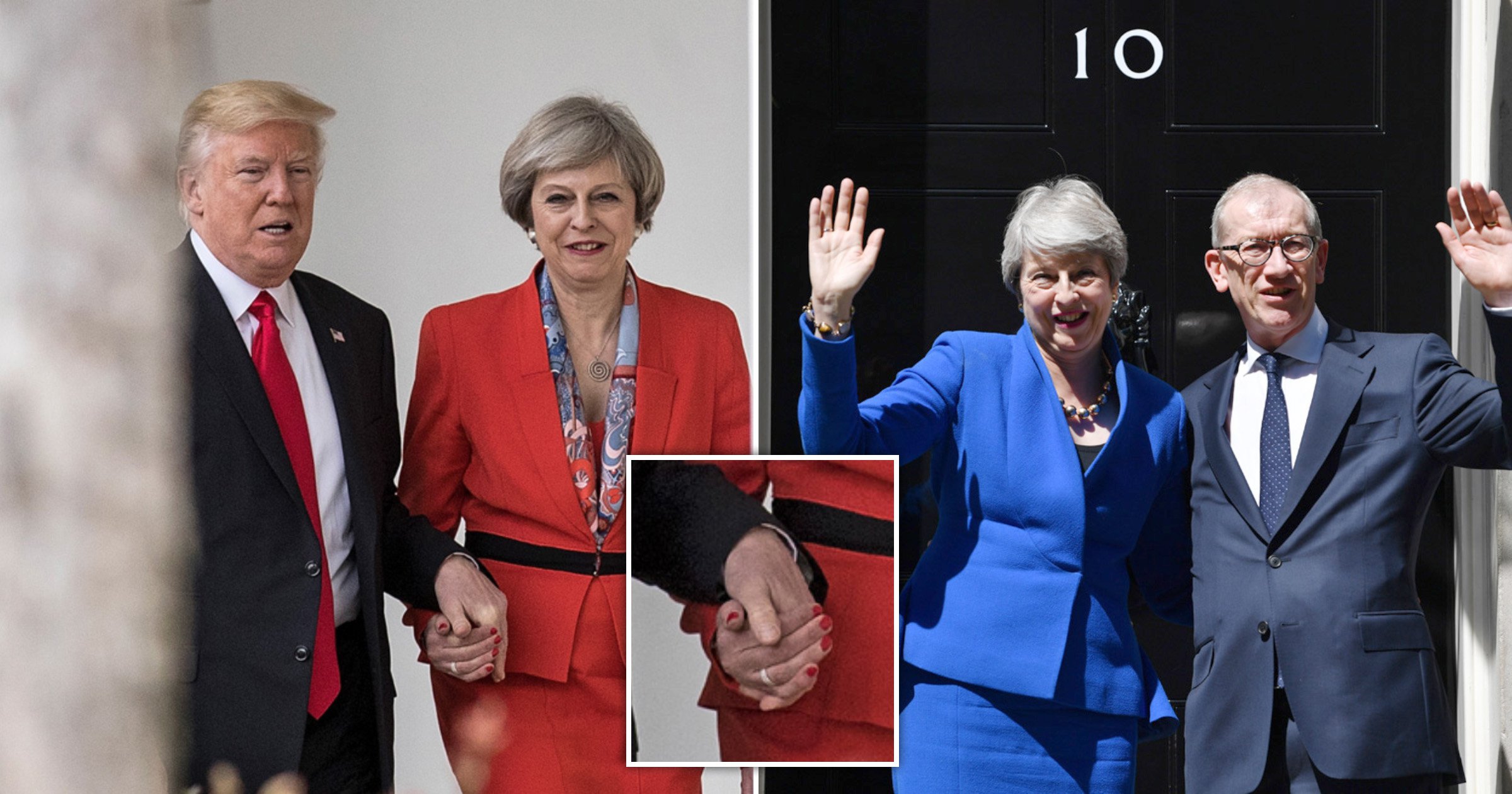 Theresa May scrambled to call her husband after she was pictured holding hands with Donald Trump, a new documentary has revealed.

The former prime minister was seen hand-in-hand with the US President during a visit to Washington back in 2017.

May’s joint chief of staff at Downing Street has now told upcoming BBC documentary Trump Takes on the World that the first thing she said afterwards was she needed to call her husband Philip about it.

‘He held her hand going through the colonnades, which took us all by surprise, and as it turns out, took Theresa by surprise,’ Fiona McLeod Hill told documentary maker Norma Percy.

‘She couldn’t really take her hand back, so she was stuck…

‘And the first thing she said [afterwards] was “I need to call Philip just to let him know that I’ve been holding hands with another man before it hits the media”.’

She also told the documentary that, during a lunch with Trump, May asked if he had ever spoken to Russian leader Vladimir Putin, to which he said he hadn’t.

However, Trump’s chief of staff intervened at that moment to tell the president that Putin had called, but said he wasn’t put through.

Thomas Shannon, the then US undersecretary for political affairs, said that Trump scolded his advisers in what he called ‘an unseemly moment’.

Hill described the ‘toe-curling’ outburst, telling the BBC: ‘Trump at this point looks not orange but red. He flipped. Furious.

‘He said: “You’re telling me that Vladimir Putin called the White House and you’re only telling me now during this lunch? Vladimir Putin is the only man in the world who can destroy the United States and I didn’t take his call”.’

The three-part documentary series also heard from KT McFarland, the former US deputy national security adviser, who said May was seen as ‘not strong’ by Trump.

Trump Takes on the World airs on BBC2 on Wednesday at 9pm.