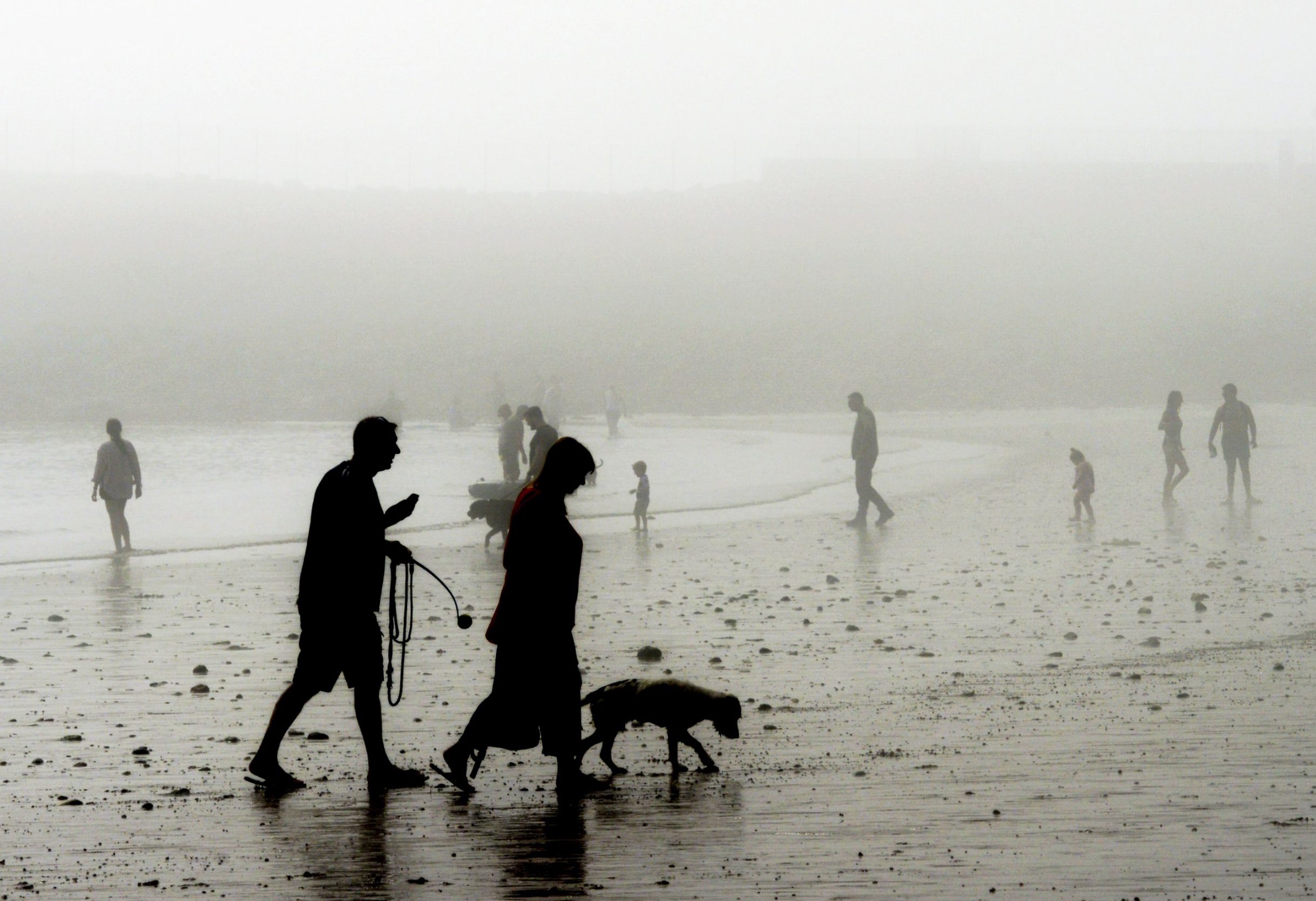 The heatwave is in full swing and the sun is shining – but you wouldn’t have known it if you’d popped to the beach in the North East today.

Cloudless skies greeted most this morning but a thick North Sea fog which rolled in overnight rather put a dampener on things.

Beaches on Tyneside and Teesside looked more like a dreary winter day despite the soaring temperatures.

People living on the coast took to Twitter to complain about fog horns blaring throughout the morning.

The Met Office has warned weather conditions are going to become more mixed and less predictable in the coming days.

While extreme temperatures and drought conditions are expected to persist in southern England, the picture is very different up north.

Flood warnings are in place for some area with stormy downpours expected to break out widely.

A lower-level yellow warning for thunderstorms is in place from noon on Sunday until 6am on Monday for most of Scotland and Northern Ireland.

The Met Office has issued an amber heat warning covering most of England and Wales, where temperatures of up to 34C are predicted for Saturday and Sunday.

The highest predicted daytime temperature of 34C is forecast in the south-east on Saturday, with 32C predicted in London and 27C in Edinburgh.

Temperatures around the 30C mark are expected further north in England, while much of Scotland and Northern Ireland can expect temperatures in the mid-twenties.

This comes after an official drought was declared in eight areas of England on Friday by the National Drought Group (NDG), which comprises representatives from the Government, water companies, the Environment Agency (EA) and others.

England’s drought could persist into the next year, according to the EA.

John Curtin, executive director for local operations at the EA, said that after the driest summer in 50 years, it would take ‘weeks’ worth of rain’ to replenish water sources.

The announcement could lead to more measures such as hosepipe bans, however, the EA has reassured the public that essential water supplies are safe.

Eight of 14 areas designated by the EA have now moved to ‘drought’, the second stage, including Devon and Cornwall, Solent and South Downs, Kent and South London, Herts and North London, East Anglia, Thames, Lincolnshire and Northamptonshire, and East Midlands.

Three water companies – Welsh Water, Southern Water, and South East Water – have all imposed hosepipe bans, while Yorkshire Water has announced a ban will start on August 26 and Thames Water is planning one in the coming weeks.