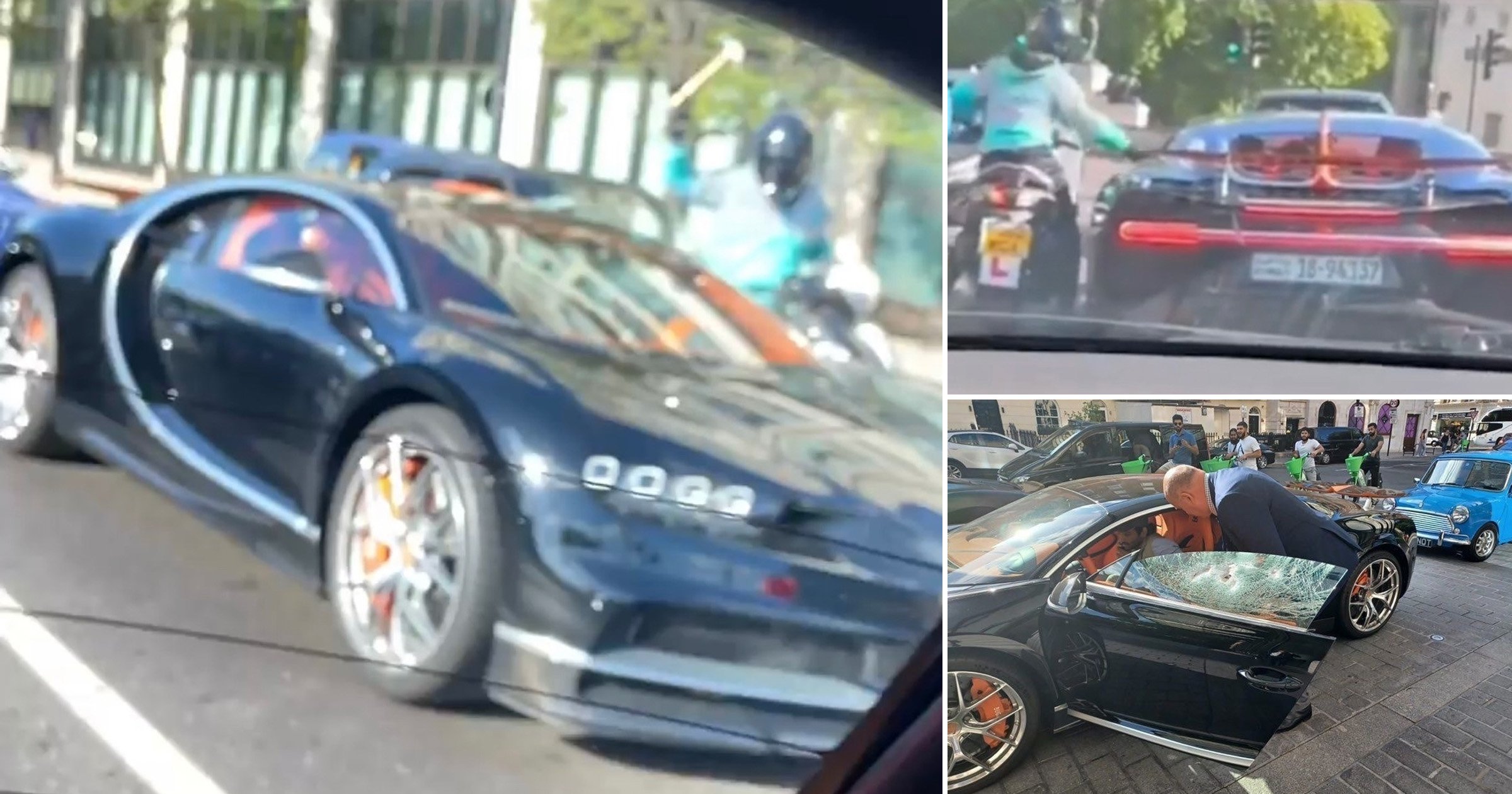 Footage shows the shocking moment a millionaire was ambushed in broad daylight by thieves attempting to steal his expensive watch.

They smashed his window and it is thought they were after his Platinum Rolex Daytona watch, which is worth more than £110,000.

The gang however appeared to be unsuccessful at the theft attempt, which took place after Mr Al Basman left the Berkeley Hotel near Park Lane in Mayfair, central London yesterday.

A witness said muggers followed the millionaire before launching the attack, adding: ‘The moped thieves were at the hotel this morning and staff told them to get off the pavement.

‘When Abdullah left in the Bugatti they started following him all the way to Hyde Park Corner. One beeped their horn which I assume was the signal to start attacking.

‘I assume they were waiting for a junction they knew would have a long red light so they had time to attack them.’

Other shocked drivers looked on while the attack took place.

Despite smashing the window, Mr Al Basman is seen driving off while the thieves speed away down a side street.

It is known the millionaire, from Kuwait, has expensive cars and watches as he often posts images of them on social media.

Other videos surfacing online appear to show the same group of riders attacking another pedestrian in a nearby area.

No one has yet been arrested in connection with the incident.

A Metropolitan Police spokesperson told Metro.co.uk: ‘Police are investigating a report of a robbery that is alleged to have occurred in Curzon Street, Mayfair, at approximately 4.50pm on Sunday, August 21.

‘A man aged in his 40s reported being assaulted by two men who stole his watch. Officers attended along with the London Ambulance Service and the man was treated for injuries at the scene. He did not require hospital treatment.

‘We are also aware of video appearing to show an attempted robbery nearby on Park Lane at around the same time of the incident.

‘The incidents are believed to be linked, however enquiries are ongoing to establish the full circumstances.’

Anyone with further information is asked to call 101 quoting CAD 5109/21Aug, or contact Crimestoppers anonymously.