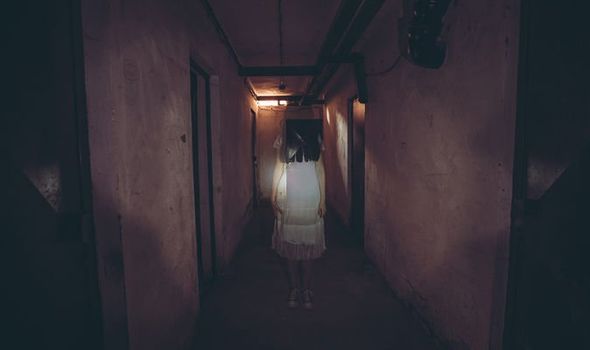 Paranormal obsessed partners Katy and Matt, who established K&M Paranormal in December 2019, are the go-to couple for those who suspect something strange might be going on in the neighbourhood. The two are equipped with an Ecto-1… raring to go.

Based in Wales, the pair made a clever move in turning their obsession for supernatural comedy film Ghostbusters into a lucrative hobby.

They now have six volunteer members who investigate the UK’s most haunted locations on board, and are proving to be unstoppable. Demand for their services is growing and so, their team is inevitably expanding, they told The Mirror.

Whether out on a public investigation or hosting a charity event with their very own hearse — which has been transformed into The Ectomobile from Ghostbusters — quiet days don’t exist for K&M Paranormal.

“A typical day for a ghost hunter usually involves spending hours trawling the Internet for new venues; sending emails or making phone calls to make enquiries, and contacting guests booked on our events to find out their meal choices,” says Katy.

Shouldn’t the job of a ghost hunter be a little more… ghostly? Well, things get more intense on investigation days, which start out by “checking our equipment, charging radios and recorders, changing batteries and making sure the equipment is working correctly” and continue with a fair share of spookiness.

Investigations typically run from 8pm to 2 or 3am, at venues ranging from Llanelly House in Llanelli, Carmarthenshire, to a creepy museum in Swansea.

Katy recalls a night at the 1940s Swansea museum: “We had a piece of marble on the table and were communicating with the spirit of a young girl. We asked if she could move the marble on the table, and after a little encouragement, sure enough, and to everyone’s excitement, the marble moved across the table!”

At Llanelly House, Katy and Matt had two teams spread across separate areas in the house. When Katy went out into the hallway, she heard a door bang and heavy footsteps.

“I was absolutely convinced a team member or guest was down there. I radioed through to Matt who was leading the other team and he confirmed that all his team were on the third floor above us and no one was downstairs.

“We went down to investigate as we then questioned if we had locked the door after our break time and someone else had come into the building. The door was locked and no one was downstairs!”

Matt’s strangest experience as a ghost hunter was at The Skirrid Inn, Abergavenny, during one of their public investigations: “We were on a break and me and one of our team members were upstairs. The door was open from the room into the hallway and both our team member and I saw a short, blonde woman walk past the door and into the room next door.

What led Katy and Matt to choose ghost hunting as their profession? Katy describes it has her “everything”. It gives her the chance to live life in a way “that can’t be explained through science,” she explains.

“As crazy as it sounds, I actually enjoy debunking the activity as well as we then know that when something happens that can’t be explained we have experienced true paranormal activity.”

Matt’s interest in the job comes from an obsession with Ghostbusters alongside the trauma caused by his parents’ death: “I lost my parents at a reasonably young age and ever since my interest in the paranormal has peaked – I like the idea that one day I will see them again and every bit of evidence we manage to capture reinforces that for me.”

Unlike Katy, he’s very much interested in “the science behind the search for the paranormal”, saying that he always tries “to find a logical or rational explanation” for anything that happens to them.

Although their Ecto-1 is still a work in progress, Katy and Matt are proud of their uniquely converted hearse, which they use for work but also as an icebreaker for nervous guests who attend a ghost hunting event for the first time.

K&M Paranormal has plenty of ghoulish events in the pipeline, including a sleepover at Oxford Castle and a Halloween Ghost Hunt at The National Botanic Garden of Wales.

From roaming around dark creepy museums to using a ouija board, ghost hunting isn’t for everyone. Do you have the guts?