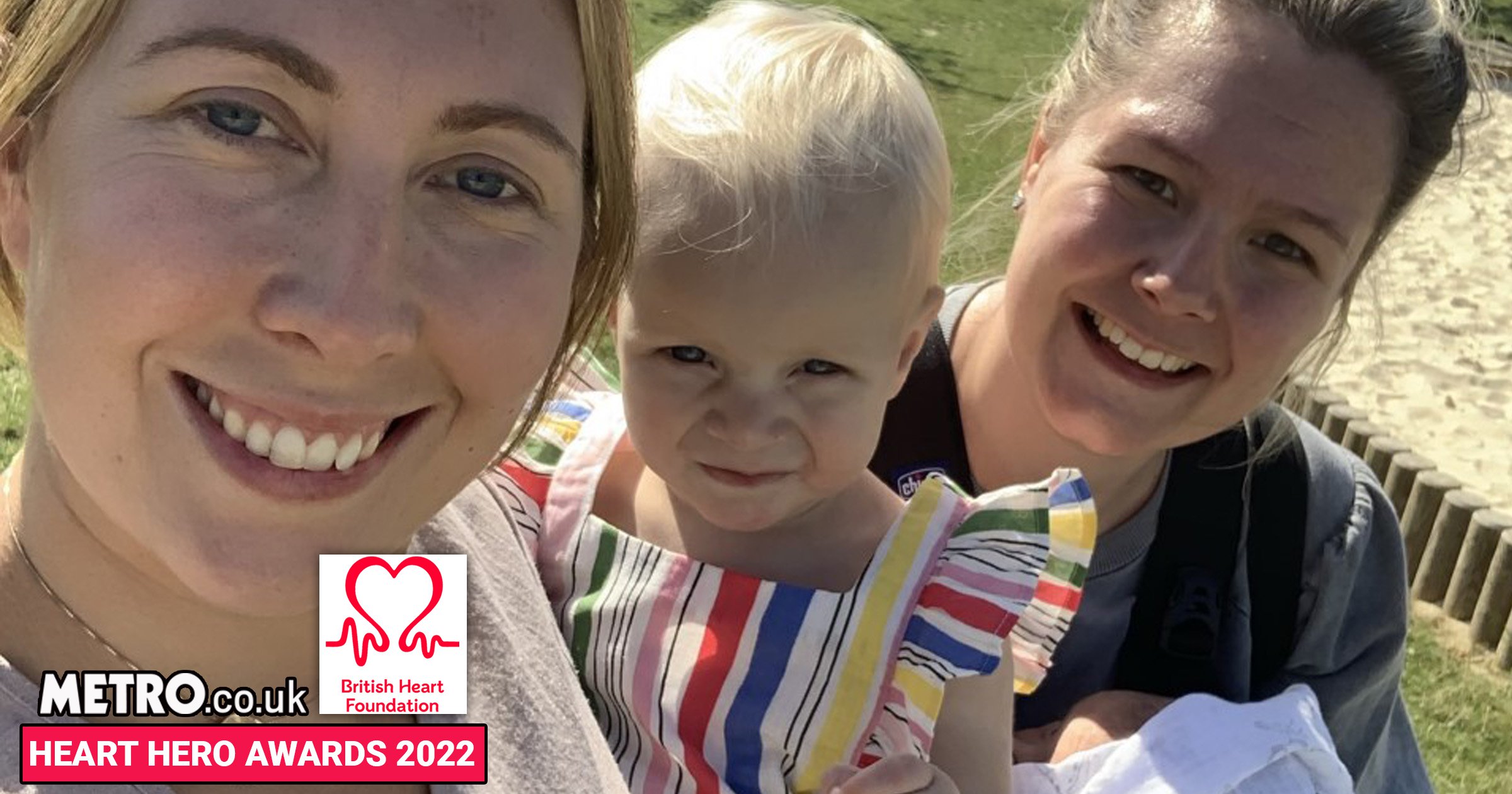 A little girl has defied the odds to survive after collapsing due to a heart condition – thanks to her quick-thinking godmother who carried out CPR on her.

Sienna Crook, who was 1 at the time, had been taken to the park by her mum Jody Crook and godmother Kaylie Charlery in August last year.

Mum-of-two Jody, 33, told Metro.co.uk: ‘Sienna was on good form. She was just on the verge of walking, and was playing in the sand. She’d also had an ice cream.

‘There were no signs anything was wrong, she was playing and alert. I was holding her on my hip singing nursery rhymes, and she was showing off her new shoes.

‘But Kaylie and I were chatting with one of her friends when Sienna let out a yelp and then threw herself back into my arms.’

She said she thought Sienna had been stung by a wasp, and it was clear ‘something was very wrong’.

‘The image of what I saw then will haunt me forever,’ Jody said.

‘Sienna’s eyes were rolling in her head and she was gasping for breath. She felt really clammy and her mouth was hanging open while her little arms were stiff. Her body was stiff too.

‘I just screamed for Kaylie to call an ambulance. By this point I had Sienna in my arms and I could feel that I was losing her.

‘Her eyes were rolling and her breathing slowed and then stopped and she flopped in my arms. I remember screaming and falling to my knees begging for help.’

Kaylie, 33, told Metro.co.uk: ‘I’d had no CPR or first aid training so I didn’t really know what to do, but the call operator was brilliant.

‘I went on autopilot. I laid Sienna down flat on her back and lifted her chin to give her mouth to mouth.

‘Then the operator asked me to say “now” every time she took a breath, but she was barely breathing at all, so then I started chest compressions. I was just completely focused on it.

‘I only did one round of chest compressions before the ambulance arrived, and it seemed to happen quickly but also take a long time. Then the paramedics were there and Sienna and Jody were whisked away.’

Just 20 minutes earlier, Jody and Kaylie had taken a selfie with Sienna.

‘Twenty minutes was all it had taken for our lives to completely change,’ Jody added.

As an ambulance rushed Sienna to Broomfield Hospital in Chelmsford, she had a seizure on the way.

Jody said the paramedic told her: ‘I need to prepare you. There will be lots of people waiting for Sienna when we arrive.

‘She needs to go to resuscitation. You are going to see some difficult things.’

Jody added: ‘At this stage I still thought she must have had a horrendous reaction to a wasp sting. Sienna’s body had gone stiff again and her eyes were rolling.

‘She looked paralysed. The paramedic told me this wasn’t normal, but they needed to find out what exactly was wrong.’