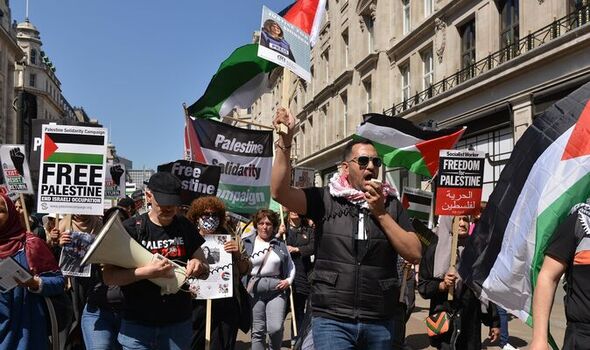 Ms Abu Akleh, 51, was shot in the head while reporting in theWest Bank city of Jenin on Wednesday morning, despite wearing a blue helmet and flak jacket marked “Press”. The Israeli military said an initial investigation showed a heavy firefight was under way about 150 yards from where she was killed.

But the journalists with Ms Abu Akleh said there was no fighting nearby and that they were fired on by Israeli troops.

The protesters gathered for a vigil outside the BBC’s Broadcasting House in London’s Portland Place at midday on Saturday, holding placards of blue flak jackets marked “Press”.

It came a day after pallbearers dropped the coffin of Ms Abu Akleh after Israeli police stormed her funeral procession in Jerusalem with their batons drawn.