Thousands of care home staff face losing their jobs today and being forced to leave the sector as the deadline for mandatory COVID-19 vaccination passes.

From Thursday, all care home workers in England must have been double jabbed, unless they are medically exempt.

Official NHS figures due this afternoon are expected to show, as of 7 November, more than 50,000 current care staff have not been recorded as having had both doses of a jab.

Of these, several thousands are understood to have self-certified as medically exempt or to have applied for formal proof. 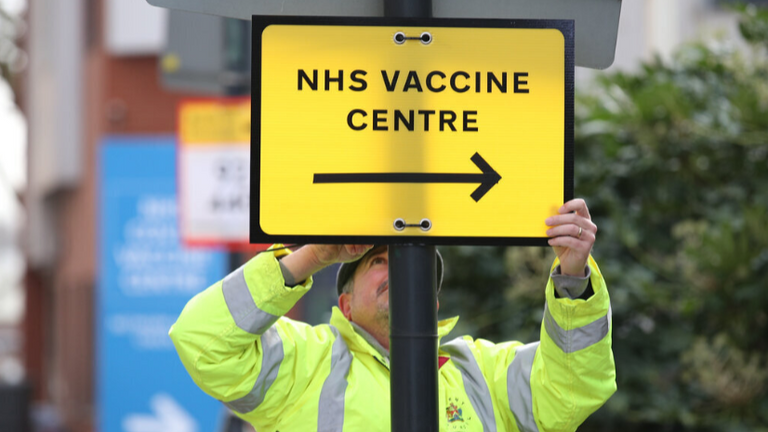 And of those not double jabbed by 7 November, it is understood that more than half have had one dose.

Care home providers can choose to redeploy staff into non-frontline roles – if these are available – or place them on paid or unpaid leave until they receive both doses.

On Tuesday, the health secretary expanded mandatory vaccination to all frontline NHS staff and those who work in social care, and these workers must be double jabbed by April.

One care group said providers are embroiled in disciplinary proceedings over the government’s “shambolic” policy, which is further adding to workforce pressures.

The National Care Forum (NCF) said a number of its members estimate they will lose about 8% of staff by Thursday, following a snapshot survey.

The survey found that 58% are running disciplinary hearings and 40% managing appeals that are related to the requirement, while 53% said they have spent money on specialist legal advice.

Members said on average 3.5% of their staff have already left as a result of resignation or dismissal, and they estimate a further 4.4% might leave.

The NCF said social care can ill afford such a serious loss of staff given the “enormous” workforce pressures plaguing the sector.

The chief executive, Vic Rayner, said care homes have been the “unwitting guinea pigs” throughout the rollout of the policy, which one provider branded a “shambles”.

One care home manager told Sky News of her anguish of reading the “heart-breaking” resignation letters from a sixth of her staff.

Niccii Gillett, who runs Elmfield House Residential Home in Woking, Surrey, said six of her 36 staff have quit due to the requirement rather than face dismissal.

Ms Gillett said her staff “firmly stated” in every resignation letter that they did not want to quit their jobs. She said: “The sad thing is none of them wanted to leave. And reading their resignation letters was heart-breaking.

“They’re so grateful for the opportunities and the first one that left, we gave gifts.

“It was such an emotional afternoon and for days afterwards my residents were heartbroken because they saw this person as one of them, and even a resident, they have said ‘I wish she could come back, I don’t care that she’s not vaccinated’.”

Another care worker, who lost his job due to the decision, said he felt “betrayed and shunned”. Dave Kelly, 32, who worked for a home in the north west said he was “most annoyed” at being forced to leave the service now when he had worked through the pandemic without PPE.

“We have been allowed to work the front lines with little to no protection the entire time, yet as of tomorrow we are now an instant danger?” he said.

The National Care Association said the vaccine is a key part of controlling the virus but an unintended consequence of the mandatory policy will be “no staff, no care”.

Executive chairwoman Nadra Ahmed said: “The NHS will struggle to discharge out of the acute sector into safe environments where people can be supported at a critical time in their lives.

“There is still time to bring the deadline in line with the NHS and support the sector to have a fighting chance to get through the winter months.

“It may avoid the closure of essential beds when we most need them as a nation.”