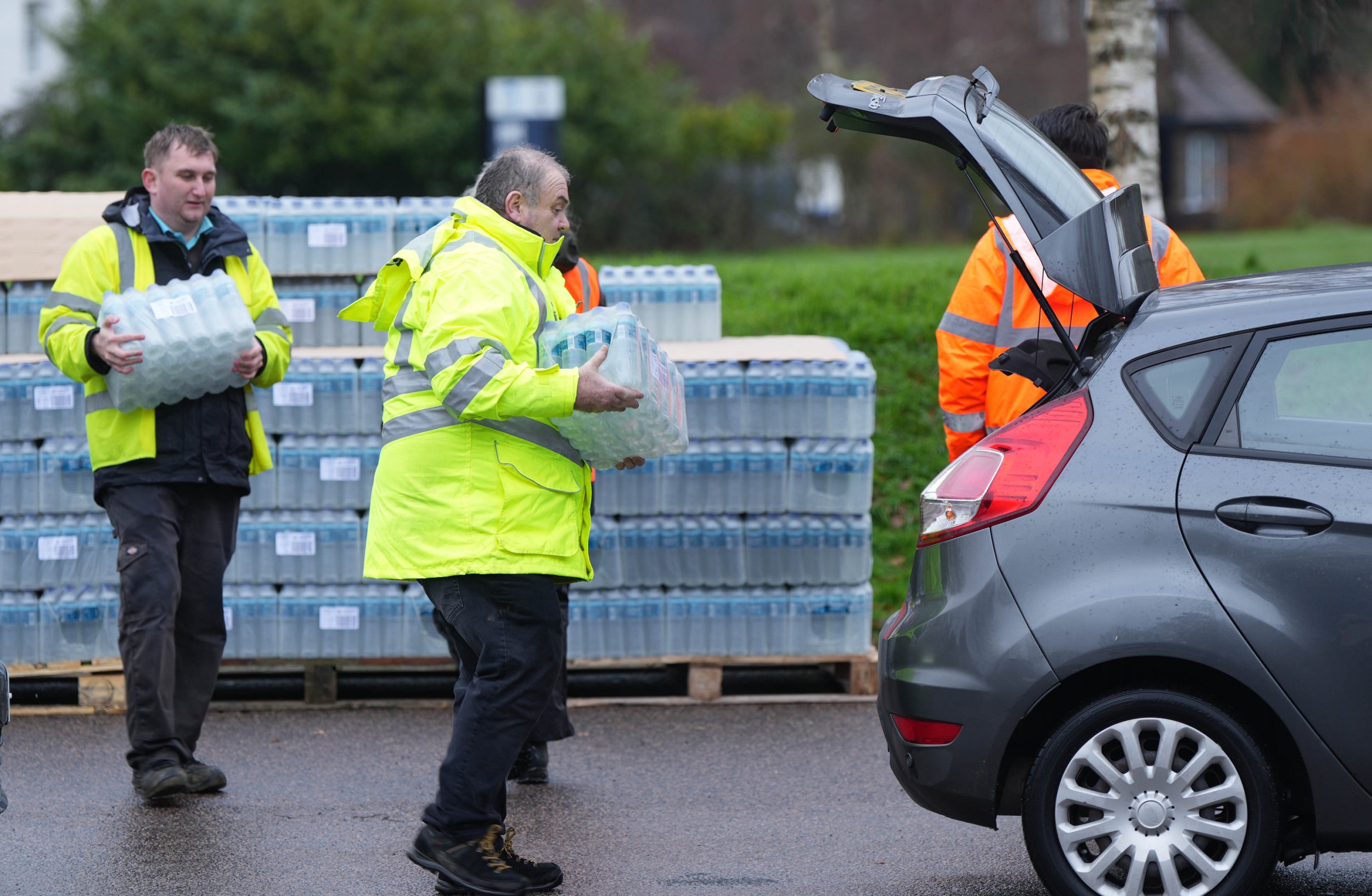 Thousands of households in south-east England could face Christmas without running water after freezing temperatures caused pipes to burst.

Water companies are working to ensure tens of thousands of homes in large parts of Sussex, Kent and Hampshire are reconnected by the weekend.

Firms said the rapid thaw of frozen pipes had increased the number of bursts and leaks on the underground network of pipes, causing storage reservoir levels to drop after temperatures plunged below zero.

South East Water said it is ‘committed to getting its customers who are currently without water back in supply by Christmas Day if not sooner’.

The firm said there was a 300% increase in the number of bursts, and chief executive David Hinton said about 5,000 properties were still affected on Wednesday.

Southern Water said in a statement: ‘We are currently facing significant pressure on our water supply in parts of Hampshire, caused by a combination of factors including leaks resulting from the recent ‘freeze/thaw’ event.

‘This has meant demand for water is outstripping the ability of our water treatment sites to keep taps running.

‘We are working as hard as we can to solve this issue, tackling leaks and stabilising supply, but we must also make difficult decisions to reduce demand – in order to protect critical Hampshire infrastructure like hospitals.

‘This is why we unfortunately have to restrict water supplies to some customers in parts of Hampshire, for a period of at least 48 hours.’

Both water companies apologised for the disruption.

Emergency supplies of bottled water have been delivered to towns and villages.

Caroline Nokes, MP for Romsey and Southampton North, tweeted: ‘I’ve asked Southern Water to set up a bottled water station in Southampton – not acceptable that the closest one is the park and ride at Winchester.

‘Appreciate the network is under extreme pressure, but residents reliant on public transport cannot get to Winchester tonight.’

Mr Hinton said in a statement: ‘Our teams are working flat out to find, fix and repair the leaks on our pipes but we’re asking customers to help too by checking their homes, businesses, empty properties, outside taps and troughs in any fields for leaks and get them repaired as soon as possible.

‘Leaks within properties can cause extensive damage which can be costly to repair.’