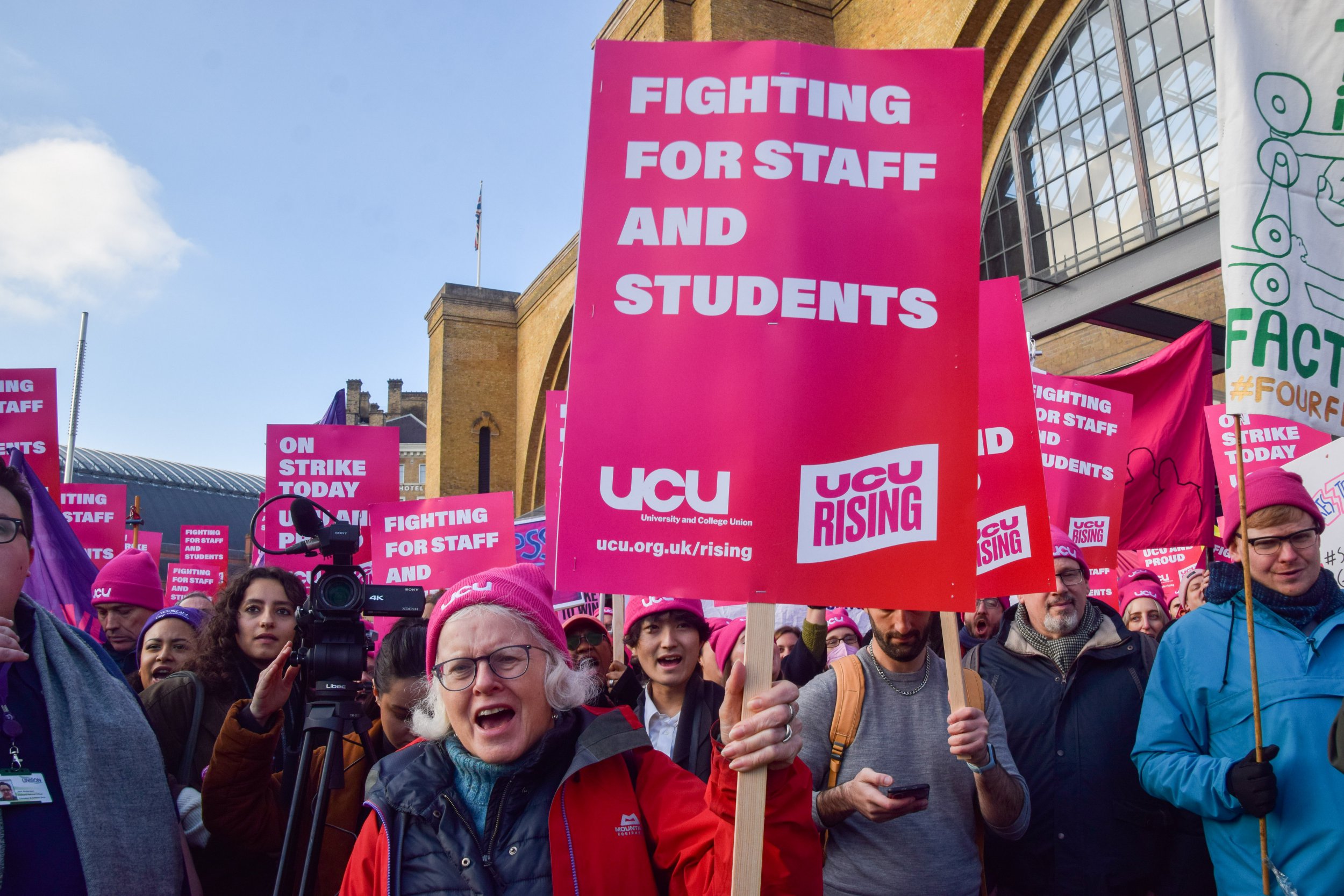 More than 70,000 staff at 150 universities across the UK will strike for 18 days between February and March it has been confirmed.

It comes after a number of disputes over pay, working conditions, and pensions.

The exact dates are yet to be confirmed, with the last strike action taking place in November last year.

The decision was taken by the union’s higher education committee (HEC) which met today.

The committee also agreed to re-ballot staff at all 150 universities to renew UCU’s mandate and allow the union to call action well into 2023.

This includes a marking and assessment boycott set to take place in April, unless the disputes are settled.

The union is demanding a meaningful pay rise to deal with the cost-of-living crisis as well as action to end the use of insecure contracts.

Employers imposed a pay rise worth just 3% this year following over a decade of below-inflation pay awards.

The Universities and Colleges Employers Association (UCEA), which represents university employers, made UCU a pay offer worth between 4% and 5% yesterday UCU said the offer was ‘not enough’.

In the pension dispute, UCU is demanding employers revoke the cuts and restore benefits.

The package of cuts made last year will see the average member lose 35% from their guaranteed future retirement income.

For those at the beginning of their careers the losses are in the hundreds of thousands of pounds.

It comes just a few hours after nine out of every 10 teachers who voted in a ballot over pay in England and Wales were in favour of striking, a union says.

But the NASUWT union reported a 42% turnout – below the threshold needed for lawful strike action.

UCU general secretary Jo Grady said: ‘Today our union came together to back an unprecedented programme of escalating strike action.

‘The clock is now ticking for the sector to produce a deal or be hit with widespread disruption throughout spring.

‘University staff dedicate their lives to education and they want to get back to work, but that will only happen if university vice-chancellors use the vast wealth of the sector to address over a decade of falling pay, rampant insecure employment practices and devastating pension cuts. The choice is theirs.’