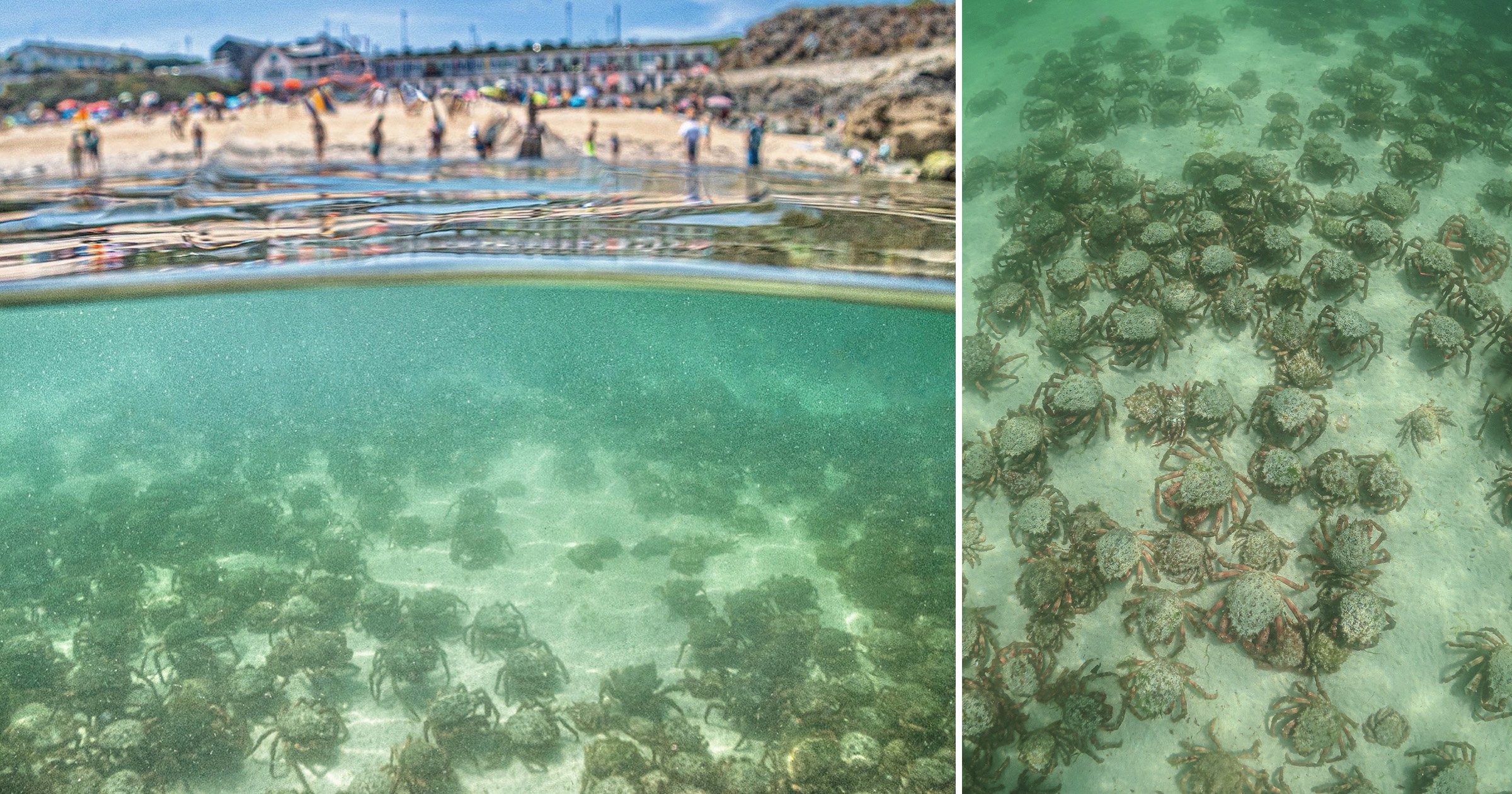 Holidaymakers shrieked as thousands of venomous crabs invaded the beaches of Cornwall amid rising sea temperatures.

The spiky crustaceans carpeted swallow waters at Porthgwidden Beach, St Ives, to shed their shells before sinking back to breeding grounds in the depths of the sea.

Marine photographer Kate Lowe – who captured the hair-raising crush in the same week as a female snorkeller was bitten by a blue shark in Penzance – said: ‘I go snorkelling most of the time throughout the year, but I have never seen spider crabs in such numbers.

‘When we turned up at the beach, it looked as though there were lots of dark rocks under the surface.

‘But it turned out that there were thousands of crabs just two or three steps into the water.

‘It was just really incredible, they were only knee-deep. I was able to float on the water above them and tried not to step on them.

‘A lot of the tourists were squealing at the sight of them. Their shells were just floating around.’

Giant spider crabs are instantly recognisable due to their sprawling legs and pincer claws, and they have a venomous bite, although it is harmless to humans.

Despite many tourists screeching and bathers fleeing from the sea at the sight, some took the chance to snorkel above the mass of crabs on Saturday.

Once the creatures shed their shells, they return to depths of 300ft.

They usually skuttle together in huge crushes when in the shallows to help shield themselves from predators.

Alastair Grant, professor of ecology at the University of East Anglia’s School of Environmental Sciences, said ‘climate change is leading to warmer sea temperatures’ which has led increased sightings of fish and shellfish as they are ‘expanding their geographical ranges’.