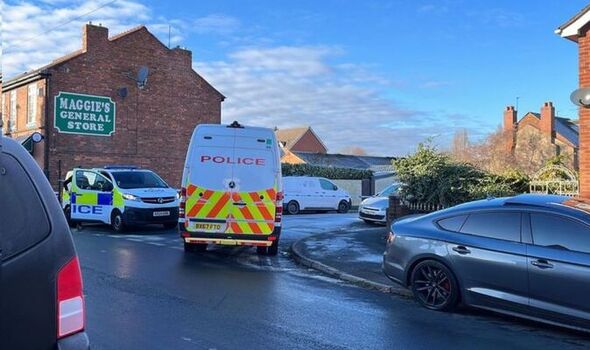 Three teenagers have been arrested on suspicion of murder after an 18-year-old was fatally stabbed near an IKEA.

The victim died after suffering fatal injuries near Cook Street in Wednesbury, West Midlands, at around 9pm last night, December 7.

Two 18-year-olds and a 16-year-old were arrested under suspicion of murder last night and remain in custody today for questioning, reports Birmingham Live.

Police sealed off Cook Street and a blue tent was erected on parkland.

Extra police officers were in the area today, the West Midlands force said.

A spokesperson for West Midlands Police said: “We are continuing to speak to witnesses and studying CCTV from the surrounding area.

“A cordon remains at the scene and our specialist family liaison officers are supporting the family of the deceased after such shocking news.

“We understand violent incidents, particularly those involving the death of someone so young, are alarming and distressing for the community.

“We will have extra police officers in the area, so please speak to them if you have any concerns.

“We also ask anyone with information, or who witnessed the attack, to please come forward if you haven’t already done so.

“A teenager has lost his life and we need to understand what happened and bring those responsible to justice.

Claire Brown, spokesperson for West Midlands Ambulance Service, said: “We were called by the police at 9.24pm to reports of a stabbing near Cook Street, Wednesbury.

“Crews arrived to find a male in a critical condition.

“Ambulance staff immediately commenced advanced life support on scene but sadly nothing could be done to save him and he was confirmed dead a short time later on scene.”