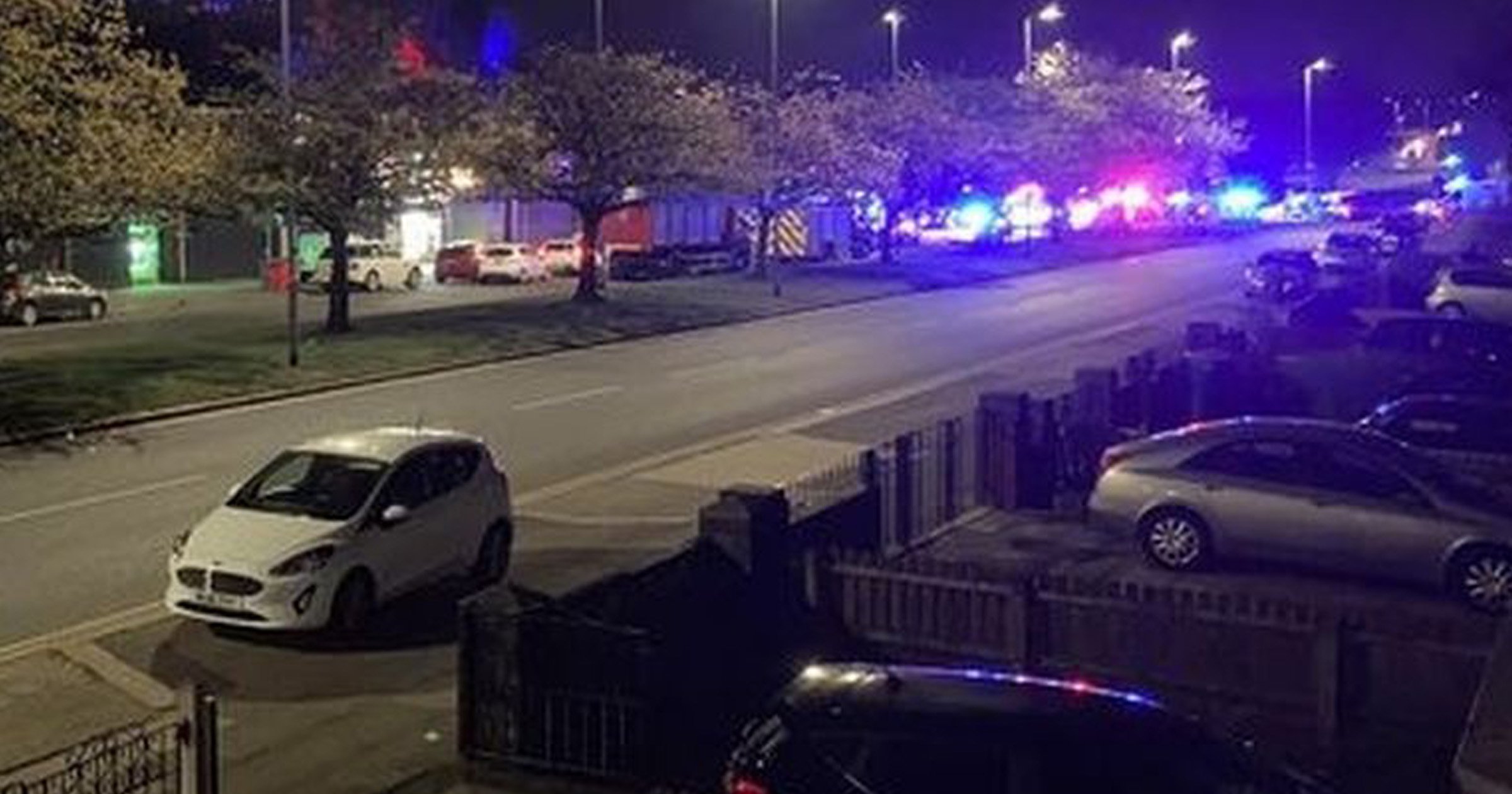 Three people were killed after a BMW crashed into a roundabout in the early hours of the morning.

Two men – one in his twenties and the other in his thirties – and a woman in her twenties all died.

They were initially taken to hospital by ambulance, but unfortunately did not survive.

Emergency services were called at around 12.15am today to East Prescot Road, Knotty Ash, Liverpool, to reports of a collision involving a BMW colliding with the roundabout.

A Merseyside Police spokesperson said: ‘Three people, a man in his 20s, a woman in her 20s, and a man in his 30s, were all taken to hospital by ambulance and all have sadly passed away.’

The road and roundabout remain closed while an investigation takes place.

The families of the people who died have been informed.

Police say they are speaking to witnesses as well as carrying out forensic enquiries and checking CCTV.

Officers have asked anyone with information to come forward by calling 101 or sending a message to Merseyside Police on Twitter.

The crash comes after the road was closed due to a separate incident nearby on Saturday which left an e-scooter rider fighting for his life, the Liverpool Echo reports.