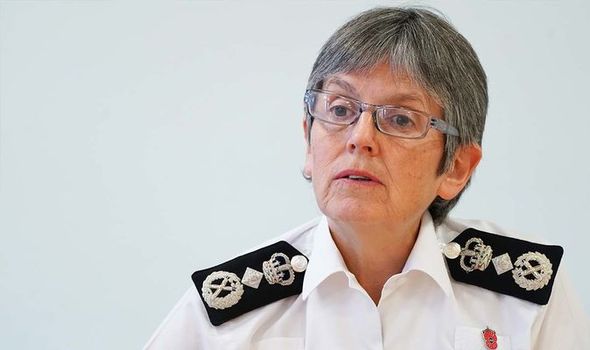 It is understood that an officer sent a photo of the scene of a man’s sudden death in January 2020 to two colleagues, who either received, were aware of or viewed the picture.

The three were investigated by the Independent Office for Police Conduct (IOPC), which passed its findings to the Met. Last night the force said an additional four officers were being probed.

A spokesman said: “Other allegations unrelated to the Wembley incident have led to seven officers being informed their conduct is being investigated for possible breaches of standards of professional behaviour.” Some claims relate to officers sharing driving exam answers.

The alleged photo-sharing is thought to have been found during investigations into PCs Jaffer, 47, and Lewis, 32. They admitted misconduct after snaps taken of Bibaa, 46, and Nicole, 27, were shared with colleagues. The latest claims add to pressure on Commissioner Dame Cressida who was urged to “get the rot out” by their mother Mina.

She called the force “beyond hope” and criticised the Met chief’s response, adding: “She has not contacted us to say ‘I am really sorry’.”

The Met said ex-PC Jaffer, who has resigned, and PC Lewis face accelerated misconduct hearings. Dame Cressida said what they did “was utterly unprofessional, disrespectful and deeply insensitive”.

Yesterday she met community groups from Lambeth and Southwark at Brixton police station to discuss Met plans to tackle violence against females plus sexual misconduct and domestic violence by its officers and staff.

Plain-clothed and uniformed police will work together to spot predators near pubs, bars and clubs.

Dame Cressida pledged: “We will do more and better to keep women and girls safe.”