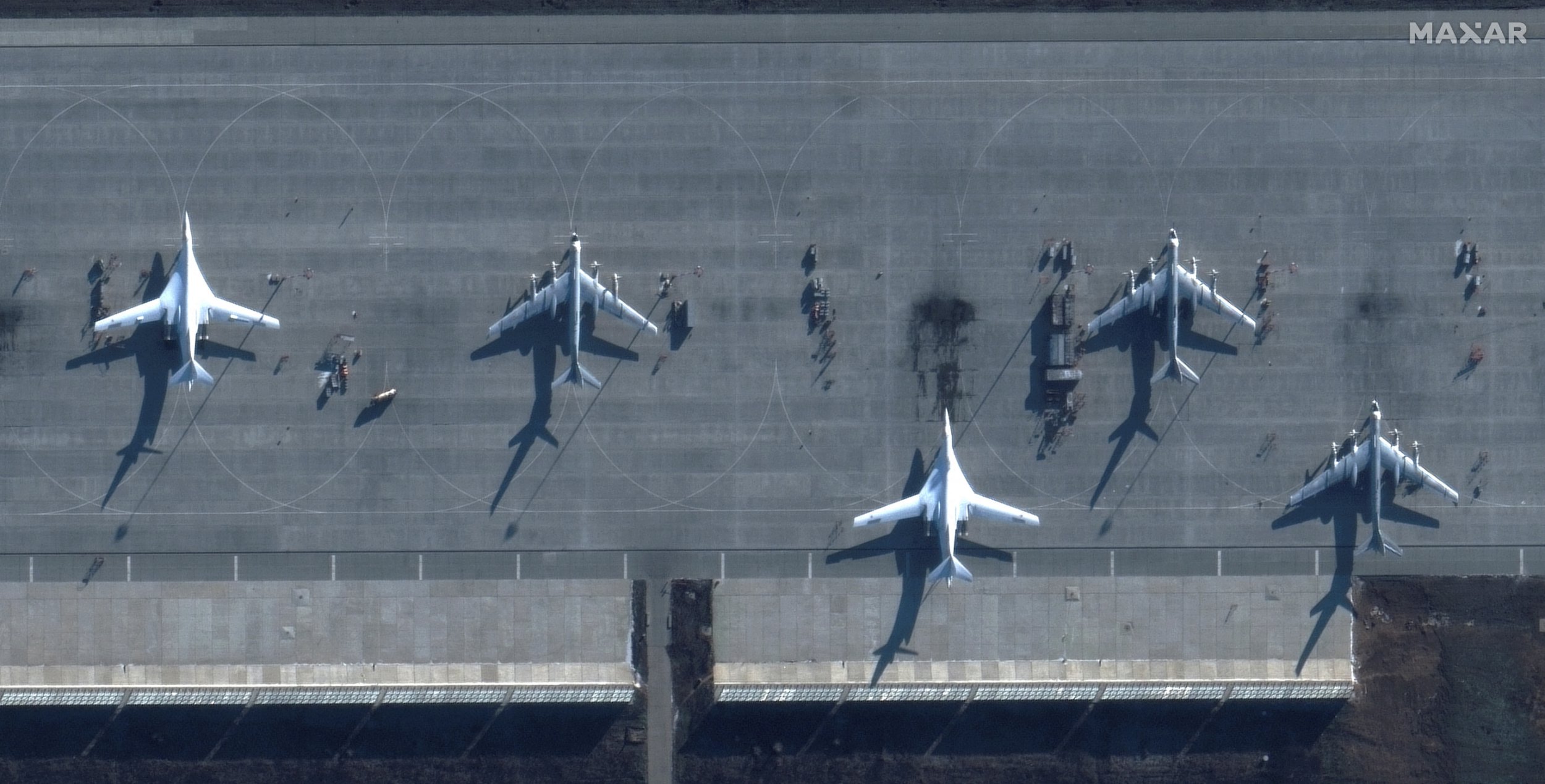 This is the disturbing moment an airbase in southern Russia was bombed for the second time in one month.

Three servicemen were killed by falling debris at Engels military airfield in Saratov Oblast, some 862 miles from the border with Ukraine.

Explosions were heard at the site where long-range strategic bombers, which may have been used to target Ukrainian cities and infrastructure, are based.

The Russian defence ministry said no planes were damaged in the incident, which took place in the early hours of this morning.

But unverified Russian and Ukrainian social media accounts reported that several aircrafts had been destroyed.

Moscow said it had shot down a Ukrainian drone near Engels, but the Ukrainian military is yet to officially admit to the latest attack.

Anton Gerashchenko, advisor to the Ukrainian minister of internal affairs, said this was proof Russia’s air defence systems are ‘not that good’.

He wrote on Twitter: ‘Engels airbase in Russia was attacked by a drone again last night. It’s a second attack on this airfield in a month.

‘Airfield is located about 700km from the border. This means air defense systems are not that good – no radars picked up the drone and it wasn’t shot down.’

The base was previously targeted by on December 5, with Russia again accusing Ukraine.

It was claimed the strike was by repurposed Soviet-era reconnaissance drones.

A local said today: ‘When it hit for the first time (December 5), the sound of the explosion was stronger.

‘I thought someone’s gas had exploded, I ran out into the street, all the car alarms went off in the area, although I live about two kilometres away from the airfield.

‘Today at about 2:30am local time I heard a whistle and then a loud “clap” – not one car alarm went off.

‘The whistle before the “pop” was distinct.’