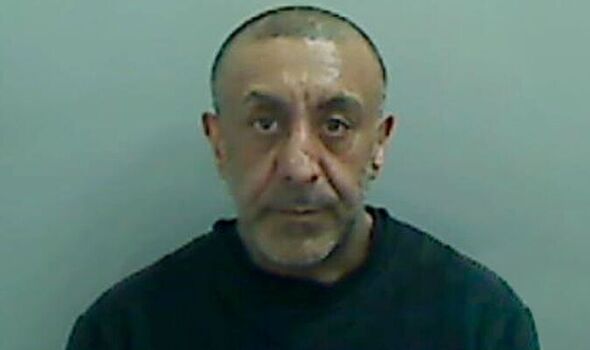 A brutal thug who mercilessly bullied his then-girlfriend, beating, kicking and biting her and even tried to control how long she spent in the toilet has been jailed for more than two years. Younas Mohammed, 53, conducted a shocking three-year campaign of terror against the woman between 2017 and 2020, which she said left her “broken with no hope”.

During the course of the relationship, Mohammed, of Ingleby Barwick, in North Yorkshire, threw a sand block at her, struck her in the face, kicked her in the shins, pulled her hair and bit her cheek, teesside Crown Court was told. On one occasion he even broke her nose.

At yesterday’s sentencing hearing, the court was told the pair became friends after Mohammed offered the woman and her children a place to stay, teesside Live reported.

The relationship rapidly soured and her children were removed from the property, leaving her alone with him.

Recorder Taryn Turner said: “The relationship between you and her quickly turned toxic. This resulted in you behaving violently towards her and controlling her.”

A victim impact statement read to the court stated: “He’s ruined mine and my children’s lives with his destructive and violent behaviour and his mental torture. I was left with just a shell of myself, absolutely broken with no hope.

“He stripped me of my identity. I was dying inside with the drink, drugs and abuse. I had deteriorated to six stone and no longer wanted to live. I cried constantly and had hit rock bottom.”

She added: “I felt worthless, depressed and suffered anxiety. I felt weak and couldn’t look in the mirror because of the way he made me feel.

“I wouldn’t go out on my own and when I did I would be petrified of bumping into him.

“I’d lost my children because of this relationship. He would threaten me, my family and know my every move.”

Mohammed would regularly hurl abuse at the women, calling her a “bad mother, s**t, tramp, and a grass”, she explained.

She added: “I had to wake up when he woke up and if I went to the toilet and was longer than I should be he would shout at me.”

Mitigating, Tabitha Buck said Mohammed could can be rehabilitated and was willing to work with the probation services.

He maintained a relationship with his own children and had aspirations to become an HGV driver in the future.

Mohammed had previously pleaded guilty to engaging in controlling/coercive behaviour and was given a 27-month prison sentence.

He was also banned from contacting the victim.