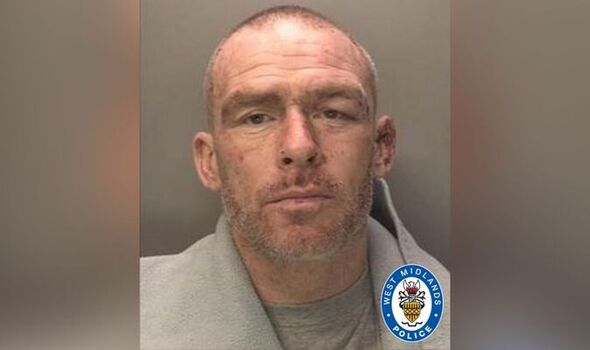 Carl Tymon also attempted to strangle the woman and hit her with a metal pole. The 48-year-old had been with the victim for many years, but the pair had already separated prior to the attack, reports Birmingham Live.

Michael Spratt, prosecuting at Birmingham Crown Court, said: “This was a brutal and sustained attack which took place over a lengthy period of almost four hours.”

He said the defendant lived in a top-floor flat and that his wife had gone there at around 9pm on March 12 this year.

The court heard how she had taken her sister with her because she usually had a calming influence on Tymon, who was initially calm, but matters “rapidly turned for the worse.”

They began arguing in the kitchen about her “seeing other persons” and the argument then became physical with him slapping her across the face.

At one point the victim grabbed a plate from a draining board and hit Tymon over the head with it but this was the “catalyst” for his behaviour to deteriorate even further.

Mr Spratt said they had been rolling around the floor and the worse part of the violence occurred when he got up onto the arm of a sofa in the living room and jumped on her head and face.

“He then began stamping on her face and she thought she heard a crack.”

The victim appeared to be knocked unconscious for a while before Tymon hit her with a heater as well as a metal pole from a vacuum cleaner striking her across the back four or five times and causing her to fall.

The defendant also appeared to be strangling his wife who was gasping for breath before her sister intervened and prised him away.

Mr Spratt said that Tymon also tried to put his thumbs into the victim’s eyes.

She and her sister did eventually manage to get out of the property after the sister dragged her by her legs with the defendant, who was still being angry and abusive, pulling in the opposite direction.

He said when police arrived they found a scene of “carnage and devastation.”

Passing sentence, Judge Melbourne Inman QC said it was clear Tymon had been drinking and that the victim’s sister had tried to protect her from a “drunken and violent male”. Jonathan Barker, defending, said the defendant had had problems with alcohol and drugs and for many years their marriage had been a happy one.