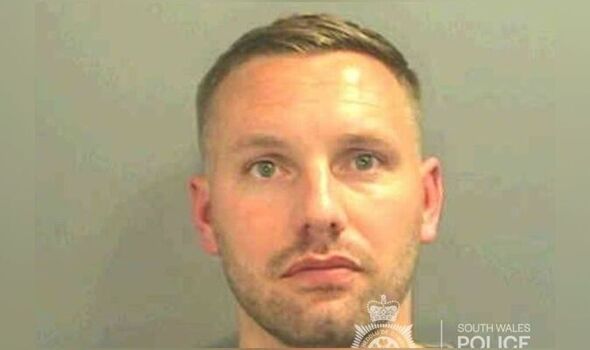 Matthew Sutor, 33, initially said the injuries had been caused accidentally but, when a paediatrician examined the child after concerns were raised about Sutor’s behaviour, he and other medics raised suspicions. A court heard Sutor had hurt the child, who cannot be named for legal reasons, after visiting the gym and still felt “pumped”.

He was caged for three years at Cardiff Crown Court yesterday after admitting two counts of assault occasioning actual bodily harm. The court heard he had no previous convictions, Wales Online reports.

Sutor eventually let slip to a friend he caused the injuries and South Wales Police were noted in August 2021.

Tabitha Walker, prosecuting, said the defendant accepted he had “squeezed” the youngster “really hard” prompting the child to “let out a high-pitched scream”. She added: “He said the squeeze was a short sharp burst but was really hard.” Ms Walker also said the defendant claimed he may have been rough as he had been to the gym and was “still pumped”.

Sutor said he was dealing with stress at the time of the assault and was suffering from financial difficulty and marital issues. The fractured rib and the bruises were inflicted in two incidents. Ms Walker said: “They were sustained on separate occasions using excessive force and would have caused excessive pain and discomfort which could not have been caused accidentally.”

In a victim personal statement, the child’s mother said the defendant’s actions were “inexcusable” and they caused her to “cry uncontrollably every day”.

Adam Sharp, defending, said his client had worked all of his adult life and had no previous experience with custody or the criminal justice system. He conceded there was “no excuse” for what the defendant did but argued he could be dealt with in the community as he was at risk of losing his job if sent to prison.

Sentencing, Recorder Paul Hobson said: “To your everlasting shame you sought to blame [a child] for one of the incidents where it was you who assaulted [the victim] and caused him injury. You will carry that shame for the rest of your life.”