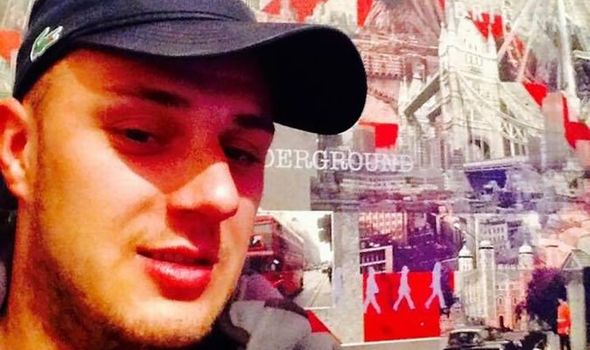 Adam McManus, 29, striking PC Alison Laughlan around 30 times on the head during a vicious assault in which he also attacked other police officers and neighbours. The thug was discovered dead at HMP Low Moss near Glasgow on December 17, the Scottish Prison Service has confirmed.

A spokesperson for the prison service said: “Adam James McManus, 29, a prisoner from HMP Low Moss has died on 17 December 2021. He was convicted at Paisley Sheriff Court in 2021.

“Police Scotland have been advised and the matter reported to the Procurator Fiscal.

“A Fatal Accident Inquiry will be held in due course.”

McManus left PC Laughlan with concussion and severe bruising on her face, neck and ribs in 2019 after he became involved in a street brawl.

Although he was jailed for three years, he was released early and went on to savagely attack a 15-year-old boy in December last year, Daily Record says.

The attack in Johnstone, Renfrewshire, happened during a drink and drug binge.

Sentencing McManus at Paisley Sheriff Court, Sheriff James Spy sent the yob back to prison to serve 200 days of an unexpired sentence for the attack on PC Laughlan and caged him for 30 months for attacking the teenager.

McManus pleaded guilty to the assault of the teenager.

During the attack on PC Laughlan, he chillingly warned: “I’m going to f****** kill you. I’m going to choke your last breath out of you.”

The court heard it took another three police officers to subdue and detain him.

McManus was also handed a lengthy stretch behind bars at the High Court in 2009 for his part in a gang attack in which a man was left with brain injuries.

A Police Scotland spokeswoman said: “We can confirm police were contacted around 10.25pm on 17 December and advised of the death of a 29-year-old man.”