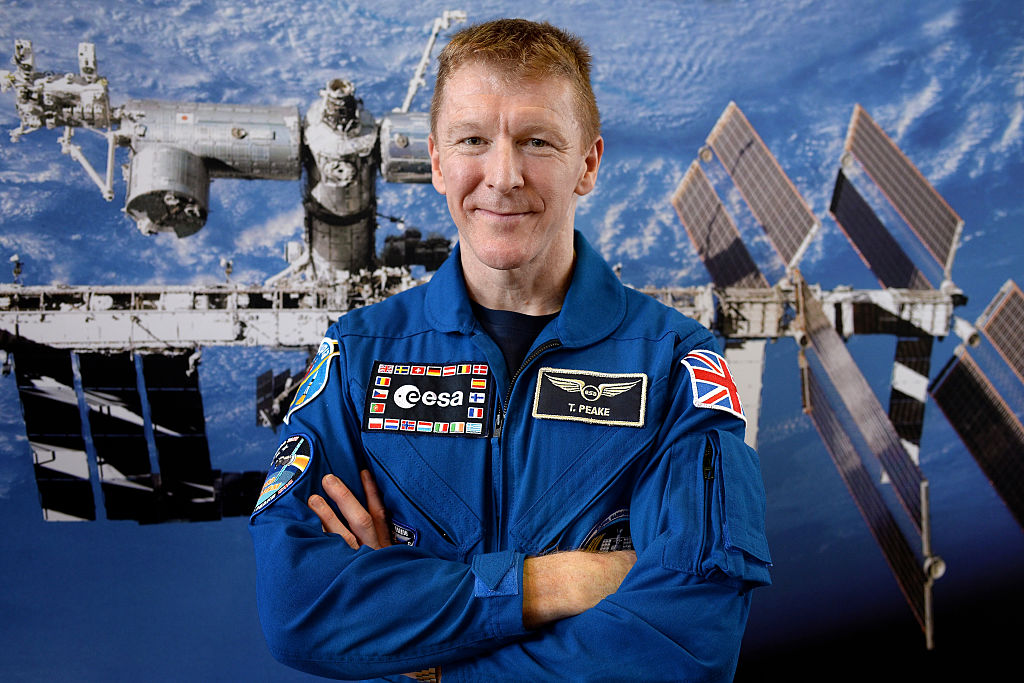 Maj Peake will take on the role of an ambassador for the agency, with the aim of helping young people to pursue careers in STEM (science, technology, engineering and mathematics).

He was selected as an ESA astronaut in May 2009 and became the first British ESA astronaut to visit the International Space Station (ISS) in December 2015.

He is also the second British citizen to fly to space after Helen Sharman, who travelled into space as part of Project Juno – a private British space programme.

The spaceman, who has been on sabbatical since October 2019, said: ‘I have had the privilege of working with an exceptional team of dedicated individuals during the past 13 years with the agency, which has been incredibly exciting and rewarding.

‘By assuming the role of an ambassador for human spaceflight, I shall continue to support ESA and the UK Space Agency, with a focus on educational outreach, and I look forward to the many exciting opportunities ahead.’

Former Paralympian Mr McFall is taking part in a feasibility study to see if he can fly as a disabled astronaut, while Ms Coogan is due to begin training in April.

Ms Christian is the ESA’s reserve astronaut and could join the astronaut corps in the event of someone else dropping out.

ESA’s director general Josef Aschbacher said: ‘Tim has been a role model for kids, aspiring youngsters and young professionals alike, inspiring millions of them and at the same time being an excellent ambassador for the whole of ESA, its values and its ambition – I would like to thank Tim most sincerely and am looking forward to his continued involvement with the Agency.’