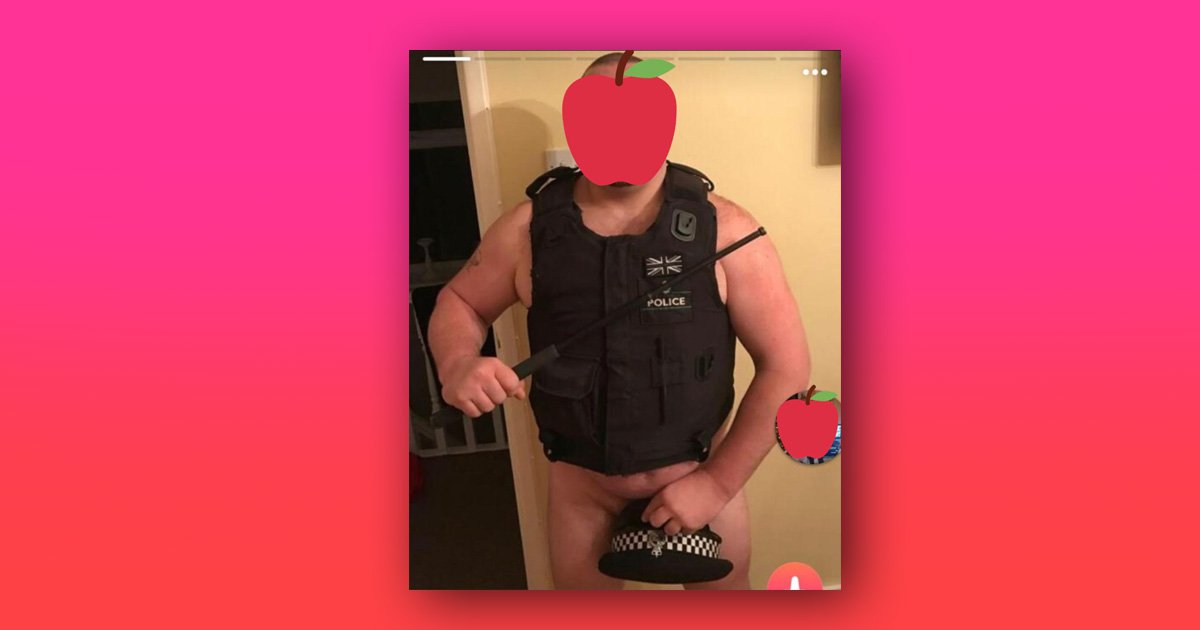 A man who posted a sexual photo of himself in police uniform on Tinder was not actually an officer, it has been revealed.

The buff guy, who called himself Liam, posted a picture showing him in nothing but a stab-proof vest and a hat covering his private parts.

Both of these items had a British police logo on them.

A screenshot of the picture was widely shared on social media yesterday, when people tagged their local forces trying to find out where the ‘officer’ worked.

It emerged the gear officially belonged to Merseyside Police, but the man in the photo is not an officer, an investigation confirmed.

‘Liam’ is reportedly a real officer’s housemate, who used the equipment for his own amusement.

Although the picture resurfaced this week, the force has known about it since May 2020.

My loves.ð§¡ The trusted folk at @DC_Police reliably inform me that this TOTALLY IS NOT a police officer on Tinder.

In fact, a poor, unsuspecting cop fell victim to a scam whereby his housemate TOTALLY SECRETLY stole his uniform + posted a selfie on Tinder for shits + giggles.

STATEMENT | We’re aware of an image circulating on social media from a dating app showing a man with police equipment. An investigation in 2020 established the man is not, & has never been, a police officer or member of police staff.

The serving officer had no idea about the photo and has asked ‘Liam’ to take it down.

Merseyside Police said: ‘It is essential that police officers and staff act with respect, professionalism and integrity at all times and that as a Force we take swift and robust action to investigate anyone whose behaviour falls short of those high standards.’

Many people joked about the photo on Twitter, with one student quipping: ‘I hope he’s gonna wash/burn that hat before he goes back on duty.’

Police forces around the country have very strict rules about uniforms and officers can be found guilty of misconduct for breaking them.