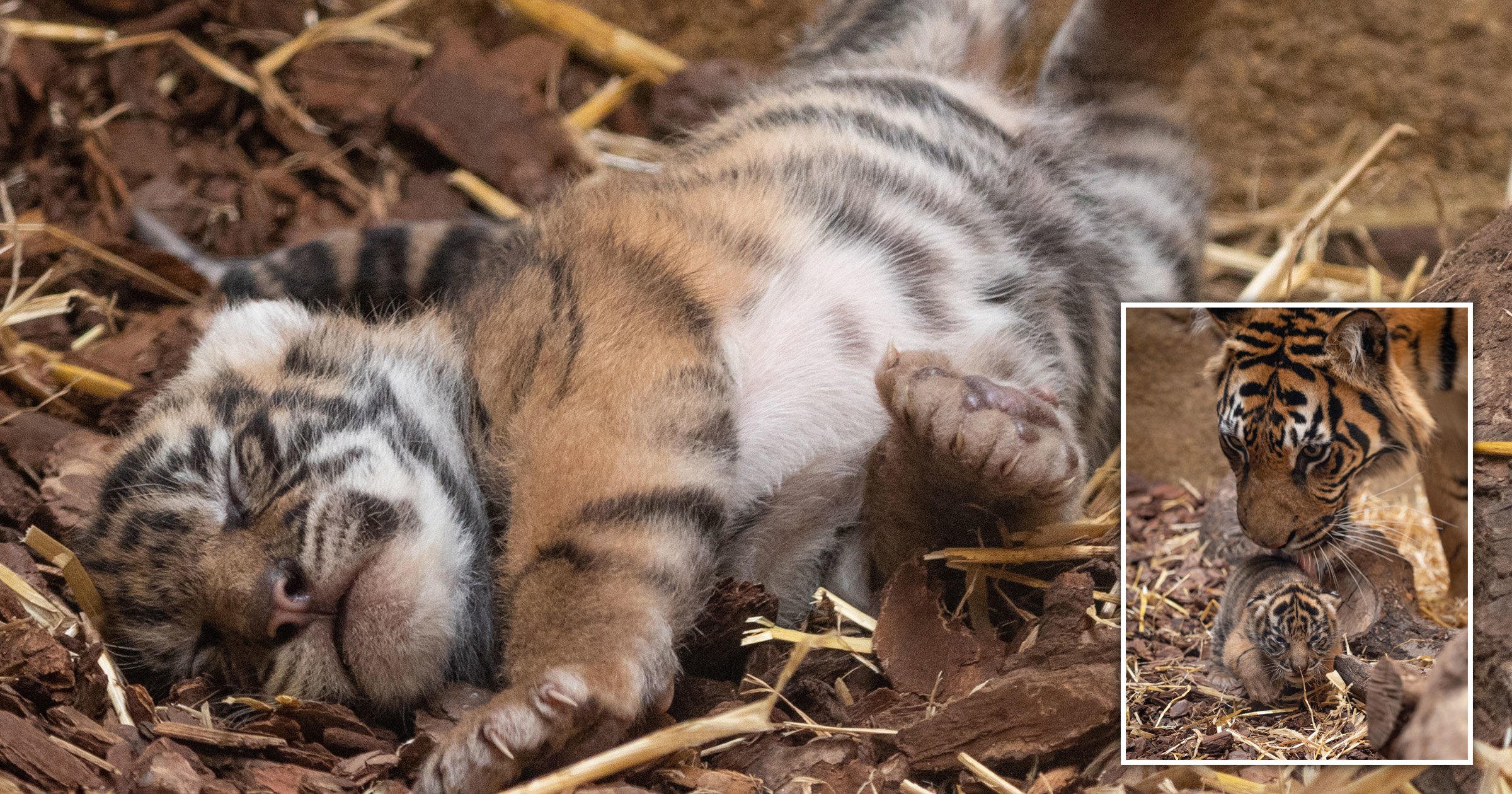 Tiger cubs born at London Zoo a few weeks ago have been properly spotted by visitors for the first time.

The three critically endangered Sumatran tiger cubs have been snug inside their den in their enclosure in Regent’s Park since the zoo celebrated their arrival in June.

But they were finally brought out into the eyes of visitors this week by proud mum Gaysha – presumably due to the heatwave.

‘They’ve recently all opened their eyes – which are always closed at birth – and are hitting all their key developmental milestones.

‘Gaysha has clearly decided it’s time for the trio to explore Tiger Territory, although she is still keeping a close eye on all three, alongside dad Asim.

‘We’re delighted that visitors are now able to see the stripy cubs, and we’re looking forward to watching as they continue to grow stronger and more inquisitive over the coming months.’

They are being closely monitored by the zoo to check they reach they stay healthy and grow as expected.

The cubs will be named after their first health check at the age of three months, where their sexes will be able to be determined.

Sumatran tigers are now classified as critically endangered on the IUCN Red List of Threatened Animals.

They live in the forests and jungles of Indonesia and current figures suggest there are now only 300 left in the wild – down from 1,000 in the 1970s.

If numbers continue to decline they face the threat of extinction in the wild within the next decade.