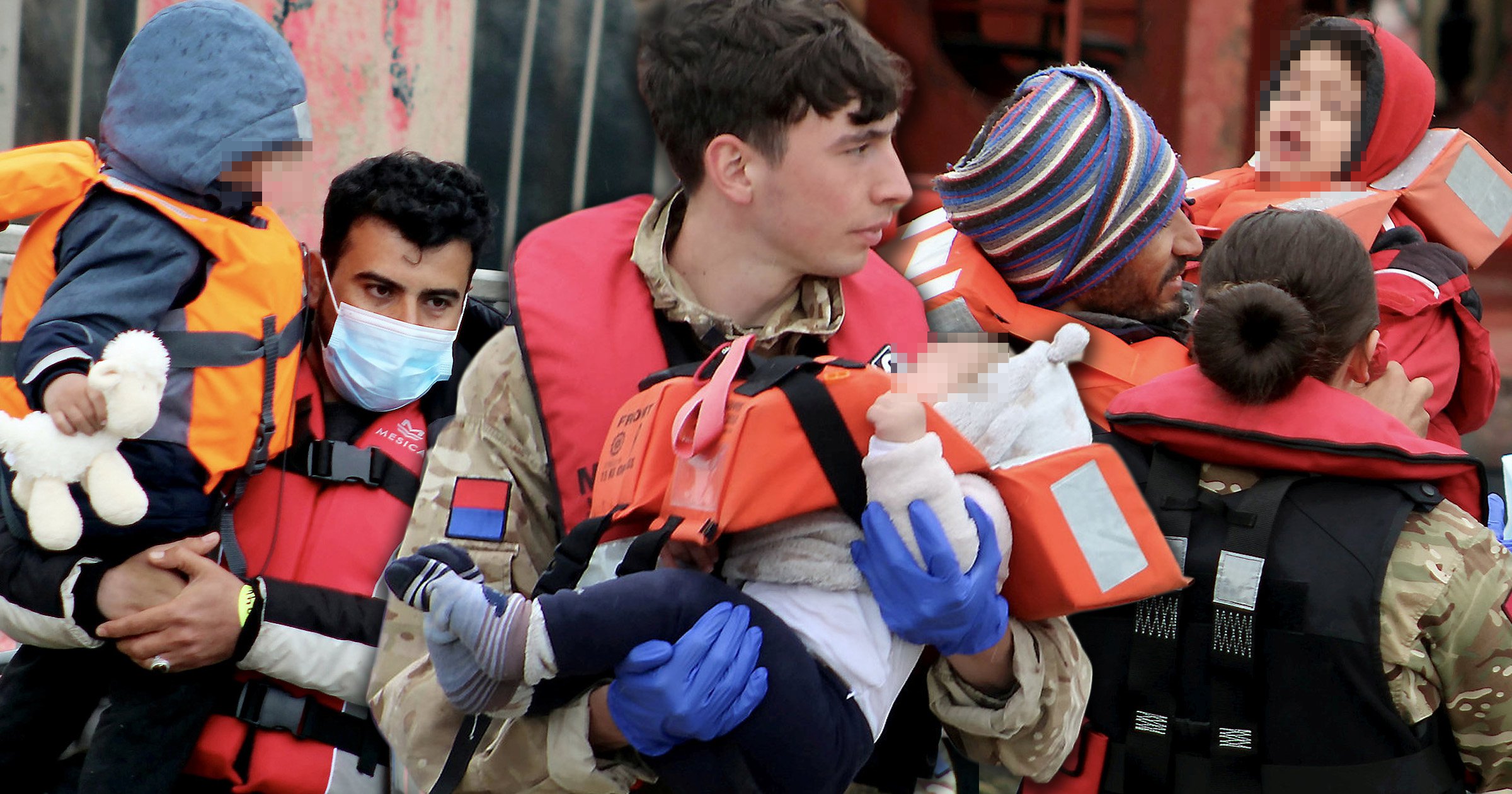 A baby and a toddler carrying a cuddly lamb were among those to make the dangerous crossing from France to the UK today.

The children were pictured landing at Dover today, with a British soldier seen cradling the baby in his arms as the family disembarked from a lifeboat.

He carried the infant slowly up the walkway while her parents helped her older sister who was seen crying after she fell over on the gangway.

It comes as the number of people to have made the crossing in small boats this year is believed to have already reached 8,000.

Hundreds of people were intercepted today trying to reach the UK.

At least 300 people were picked up by Border Force vessels and RNLI lifeboats despite choppy conditions in the stretch of water between France and the Kent coast.

A mixture of men, women and some small children were brought into the safety of the harbour.

The groups were taken onto coaches to be driven to the immigration processing centre at the former Manston airport.

It comes after 167 in 13 boats made the crossing on Saturday – the first to attempt the treacherous journey for five days due to strong winds at sea.

According to official figures 1,264 have made the crossing so far this month alone.

It takes the total so far this year to 8,066 who have been detained by Border Force in 256 small boats.

The arrivals come as it was revealed the first people have been notified of the government’s intention to relocate them under the new migration and economic development partnership where their claims will be processed in Rwanda.

They will reportedly be put on flights within two weeks.