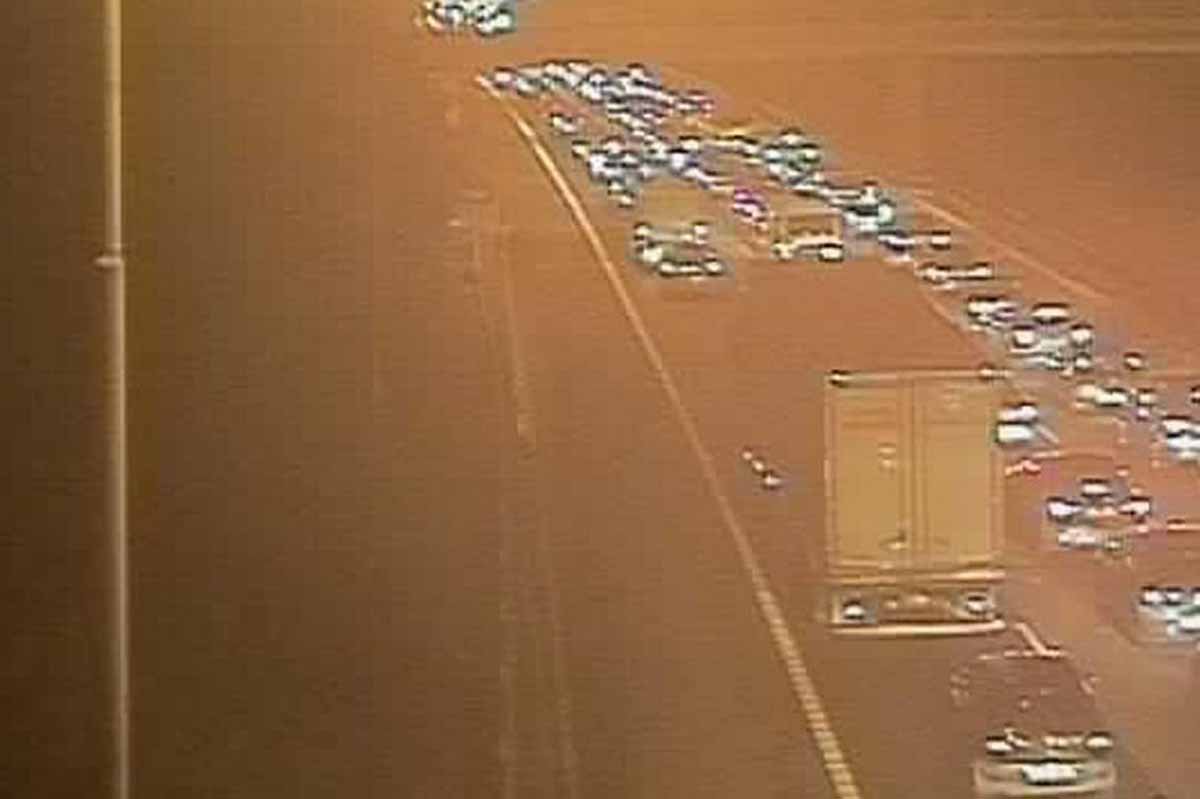 A three-year-old and an elderly man have died after a Porsche Boxster collided with a Vauxhall on a motorway yesterday.

It is believed that the Porsche driven by the 79-year-old man collided with a Vauxhall Meriva in which the young girl was travelling on the M6 near Preston in Lancashire.

Emergency services were called to the scene between J29 (Preston) and J28 (Leyland) at around 5.50pm.

The crash forced the motorway to shut in both directions for several hours with some closures remaining in place southbound this morning to repair the road surface.

The Vauxhall flipped onto its side before catching fire, with two adults iniside suffering serious injuries.

‘This was a traumatic scene for all witnesses and emergency services involved, I would like to pass on my thanks for their dedication in dealing with an incident which can only be described as horrific.

‘We want to hear from any witnesses to the collision or those who have dashcam footage from the area around the time it happened.’

A statement from National Highways said last night: ‘The M6 in Lancashire is closed southbound between J29 (Preston) and J28 (Leyland) due to a serious collision involving a car which has come to rest on its side and caught fire. There is also lanes 2 and 3 closed on the northbound carriageway within J28.

‘All emergency services including Lancashire Police are in attendance. National Highways Traffic Officers are also providing assistance with traffic management on scene.

‘All traffic within the closure has now been released. The closure is expected to remain in place for several hours for police investigation and clear-up work.’