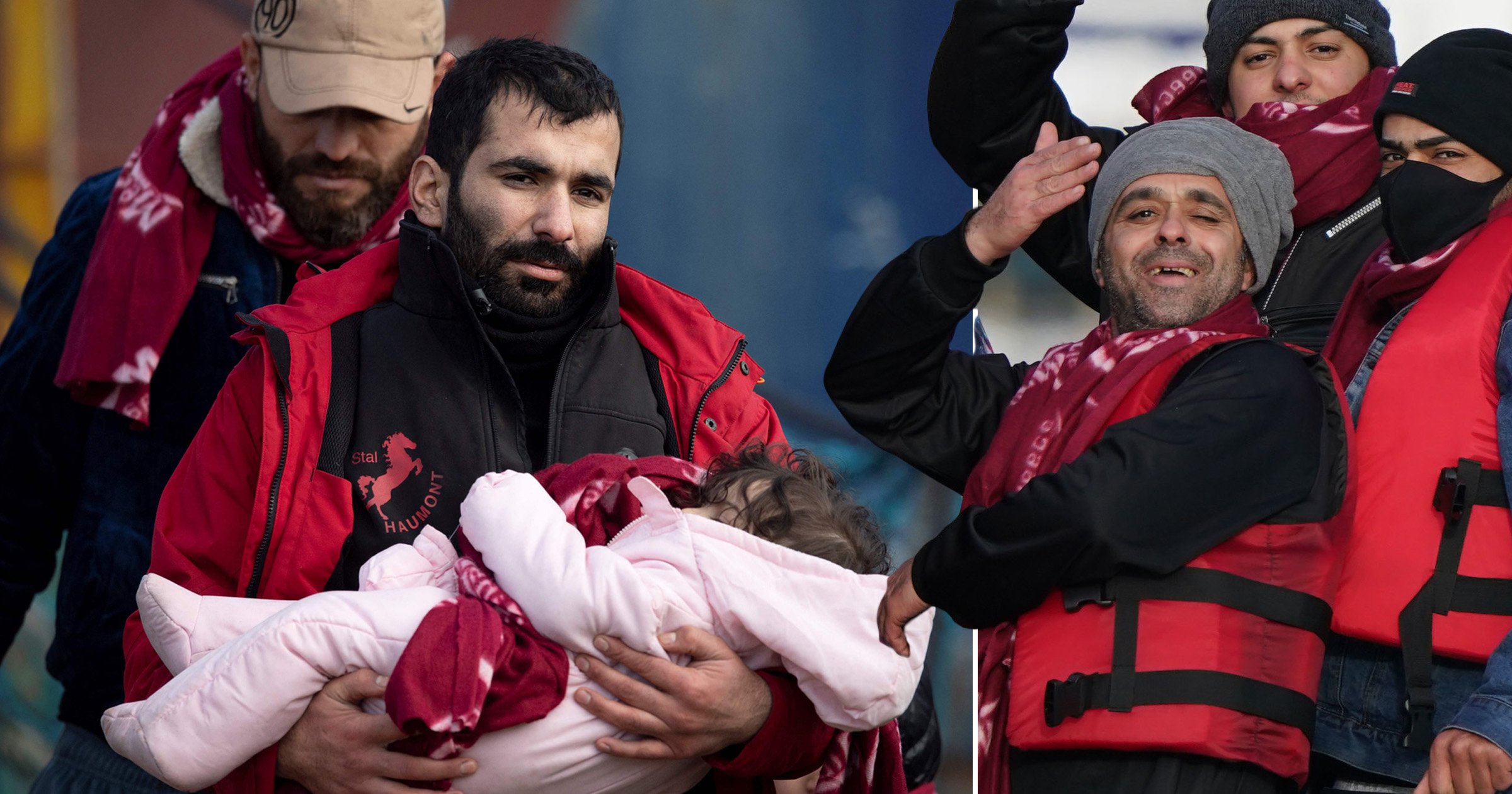 Dozens of people have risked their lives in treacherous waters to reach the UK’s shores.

A little girl wearing a pink onesie was among the first to cross the English Channel in 2022 after a record-breaking 12 months last year.

The child was pictured being carried off an RNLI lifeboat in Kent on a bitterly cold Tuesday morning and escorted away by immigration officers.

At least 66 people succeeded in making the perilous trip aboard two boats on Tuesday, the Home Office confirmed.

A man and woman leading a child wrapped in a blanket – perhaps a family-of-three – were also seen arriving in Dover on Tuesday morning.

The latest arrivals – believed to be the first this year – come after more than 28,300 people crossed aboard small boats in 2021, triple the number for 2020.

Millions of pounds in funding to crackdown on traffickers operating on the French coast was committed by the British government in recent years.

But desperate families and the gangs making money out of them were undeterred, with 2021 seeing an increase of about 20,000 people arriving.

A number of Border Force and French boats were active in the Channel on Tuesday amid renewed attempts to cross the dangerous waters.

The last 12 months have seen smugglers packing more and more people aboard larger and larger dinghies, sometimes with deadly consequences.

Last November saw 27 people lose their lives after a Dinghy sunk in between the two countries.

But arrivals will continue and more people will drown in the narrow sea between France and Britain if the government pursues its ‘dangerous and callous policy’, ministers have been warned.

Tim Naor Hilton, chief executive at Refugee Action, said: ‘People will continue to cross the Channel in flimsy boats, and smugglers will continue to profit, unless ministers open up more routes for refugees to claim asylum here.

‘(In November) we saw the deadly result of their strategy of keeping people out rather than keeping people safe, when at least 27 people died near our coast.

‘And yet the government wants to legalise this dangerous and callous policy in its Anti-Refugee Bill, which will only lead to more people drowning. It must wake up and scrap this Bill now.’

Home Office minister Tom Pursglove said: ‘Seeking asylum for protection should not involve people asylum shopping country to country, or risking their lives by lining the pockets of criminal gangs to cross the Channel.’

He said the government is ‘reforming’ the official approach by ‘making the tough decisions to end the overt exploitation of our laws and UK taxpayers’.