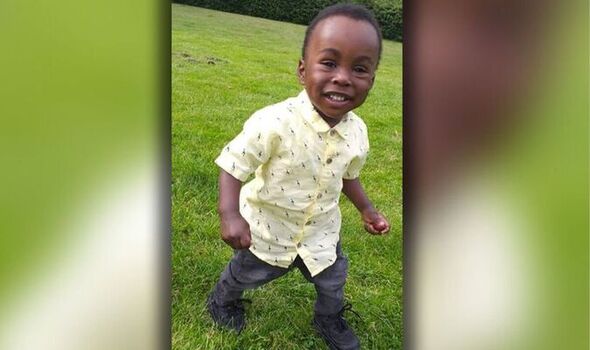 A family has shared a picture of their little boy, Awaab, who died after his family was forced to live in a damp, mouldy flat. Pictured here, two-year-old Awaab Ishak smiles as he plays outside – free, for a short while, from the conditions at home that blighted his health.

An inquest into his death begins this morning (Friday, November 4) at Rochdale Coroners’ Court. Heartbreakingly, another image of the youngster released by his parents shows Awaab on his second birthday – just over a week before his death.

The toddler lived at the Ilminster block on the Freehold estate, in Rochdale, which is owned and managed by Rochdale Boroughwide Housing (RBH), reports the Manchester Evening News.

An earlier hearing was told Awaab’s father Faisal Abdullah had complained about mould in their home even before Awaab was born.

The family had also asked to be found a new home. Awaab suffered breathing difficulties prior to his death and was admitted to Royal Oldham Hospital, where he was pronounced dead on December 21, 2020, the coroners’ court has heard.

Details from Awaab’s post-mortem, revealed at an earlier hearing at Rochdale Coroners’ Court, established a medical link between damp and mould and his death. It comes following a Manchester Evening News investigation, in which they urged the case to be a catalyst for change and for Awaab not to be forgotten.

Over the summer, it emerged that other families living on Freehold had also been suffering from severe damp and mould issues. Like Awaab’s family, they had tried and failed to move home, with some having letters from their GP urging them to leave.

Some children had to be rushed to hospital with severe breathing issues – including four-month-old Gabriel, son of Vilma Lavres, who filmed the shocking moment he was struggling to breathe before attending hospital.

For little Awaab’s family, the inquest is a chance to get answers to how his death could have possibly happened in modern Greater Manchester. Speaking ahead of the inquest, Mr Abdullah said: “We have a number of questions that we hope the inquest process will provide answers to.

“We want to ensure that any lessons to be learned are acted upon and that no other family has to go through this.”