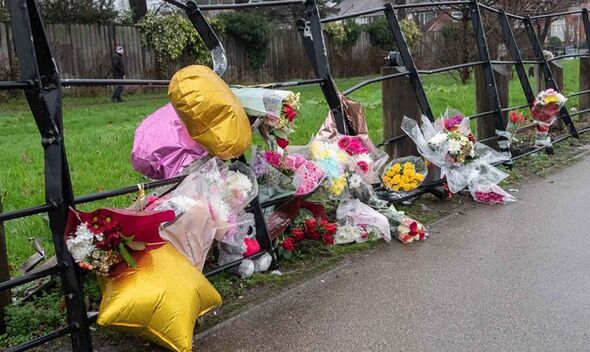 A three-year-old girl died in an horrific crash days before Christmas after she was left unsecured in the back of the car.

Huma Riaz suffered grave injuries in the collision after her aunty Sabaa Riaz, 23, mounted the pavement, hit a fence and overturned her Vauxhall Corsa.

A court heard Riaz caused her niece’s death as little Huma wasn’t in a child seat, the seatbelt in place wasn’t secure and the vehicle had two defective tyres.

But she was spared jail despite admitting causing death by careless driving. Judge Paul Farrer KC handed Riaz, a graduate, an 18-month community order and banned her from the roads for 12 months.

Passing sentence at Birmingham Crown Court, he said: “This is a tragic case for all concerned. Huma was your niece and at the time she was just three. She was undoubtedly the much-loved daughter of your brother and your sister-in-law.

“It goes without saying but she had the whole of her life ahead of her. You were trusted to take Huma for a short drive. You were responsible for her wellbeing and you breached that responsibility in two ways.

“First you put Huma in the back of your car and drove away without putting her in the car seat. In that way, you increased her vulnerability in the event of an accident.

“The MOT of the Corsa was due to expire on December 22. In those circumstances, this car had significant problems to both its near-side tyres.

“You allowed yourself to be distracted by Huma who was unsecured.”

A number of tributes – balloons, flowers and teddies – were left in memory of the child, Birmingham Live reports.

The crash happened in cold and wet conditions in Yardley, Birmingham, at around 10.25pm on December 22, 2021, when the defendant had agreed to take the “short journey” as a “favour” to the girl’s parents.

Alistair Smith, defending, acknowledged Riaz had just overtaken two vehicles near a Tesco store and was pulling in front of them when the car mounted the pavement, hit a fence and overturned.

Paul Spratt, prosecuting, said: “It appears she became distracted by Huma in the rear. It was a combination of being distracted and two defective tyres that lead to tragic consequences.”

Both occupants were thrown from the Corsa but Huma died from her injuries the next day.

The court heard the Corsa was due for an MOT the following day when the tyre defects would have emerged.

Riaz, from Yardley, was at the time working as a carer for an agency, visiting five or six patients in their homes.

Mr Smith told the judge of her good character, adding: “I have no doubt you are genuinely and profoundly remorseful.

“This is a tragedy which this family and the defendant will struggle to recover from.”