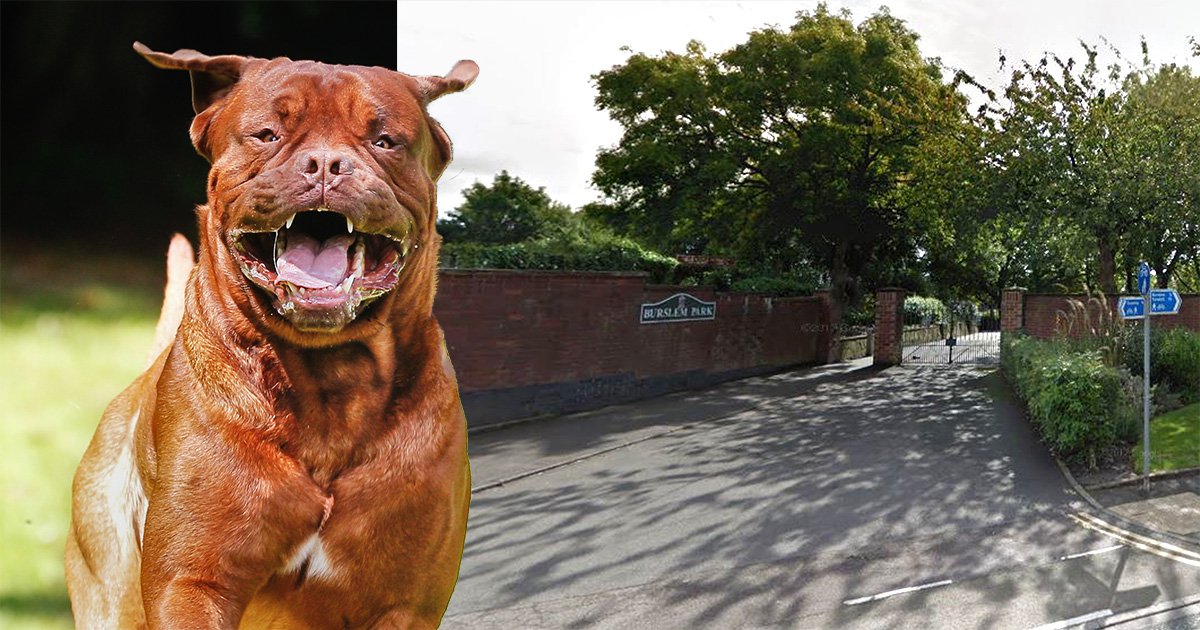 A three-year-old boy was hospitalised after being mauled by an out-of-control French Mastiff.

The toddler was playing tennis in the park with his mum when he was attacked without warning by the powerful dog.

He needed medical treatment to his arm and shoulder after the animal’s teeth ripped through his clothes and into his flesh.

French Mastiffs are renowned for their muscular build and strength and would easily be able to overpower a child.

The large dog – also known as Dogue de Bordeaux – were bred for hunting and guarding and weigh up to 50kg.

The incident happened in Stoke on August 29 but details have only emerged now with police trying to trace the owner.

French Mastiffs are not a controlled breed, despite sharing a common ancestor with the banned Brazilian Mastiff.

The South American variety is among four types of dogs it is illegal to own in Britain, along with the Pit Bull Terrier, Japanese Tosa and Dogo Argentino.

A Staffordshire Police spokesperson said: ‘We are currently investigating an incident where a three-year-old boy was bitten by a dog at Burslem Park.

‘The boy was taken to A&E with cuts.’