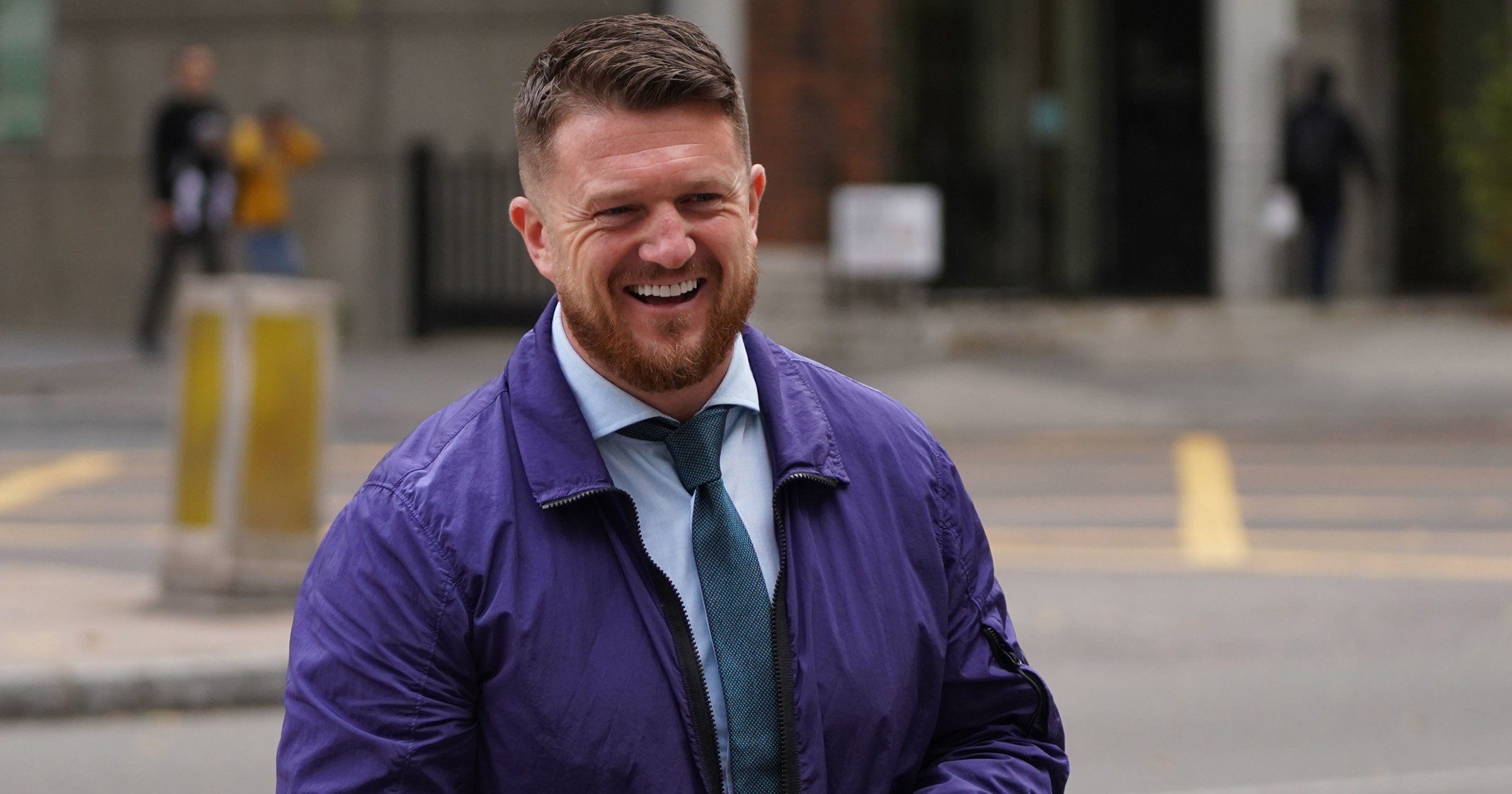 Tommy Robinson hired a private investigator to get the personal details about a journalist whose home he went to unannounced, a court has heard.

The English Defence League founder is in court after he went to the home of Independent home affairs correspondent Lizzie Dearden and her boyfriend, Samuel Partridge, earlier this year.

She has nowmade an application for a stalking protection order against him.

This was only two days after she made a request for comment through his solicitors about a story alleging that he misused money donated by his supporters.

Ms Dearden, who gave evidence remotely last week, revealed she was ‘too frightened’ to speak to Robinson when he turned up at her home.

She told the court: ‘Because I did not know what he was going to do, and, from what I could hear on the intercom and through the street, he sounded very angry and agitated.

‘Basically, I was too frightened to go down.’

Previously, the court was told that Robinson was ‘shouting’ about Ms Dearden’s partner, claiming he was a ‘paedophile’.

This was followed by threats to come back every day if he needed to.

In court, Robinson said he felt ‘sick’, ‘scared’ and ‘worried’ when he saw the allegations made about him and argued that they were untrue, adding that they came from an unreliable source.

Giving evidence, the EDL founder said he attempted to contact a solicitor on the Saturday, adding that he ‘panicked’ as he had until the Monday to respond.

He said: ‘I contacted a private investigator and I asked, and said I would pay for information to find Lizzie Dearden.’

Asked why he did this, Robinson responded: ‘Because the email stated if I did not respond by Monday morning they would run with the story.’

He told the court he also contacted his ‘research group which involves many individuals’, adding that he said ‘find out what you can, everything you can’.

He said the private investigator came back to him on the Sunday with ‘lots of information’ about Ms Dearden, including her address and information about who she lives with.

Robinson said he is not allowed access to any social media, so his plan was to film himself giving Ms Dearden ‘all of the evidence’.

He said his supporters could then share the footage to show there are ‘two sides’.

Ryan Dowding, representing Metropolitan Police, put it to Robinson that his intention was to ‘intimidate’ Ms Dearden and prevent her from publishing stories about him more generally.

Robinson, who claims Ms Dearden has written 220 articles about him since 2018, disagreed.

On Thursday, Mr Dowding described the allegation about Mr Partridge as ‘baseless’ and ‘nonsense’, and put it to Robinson that he knew the allegation was ‘completely unsubstantiated’.

Robinson said the allegation came in a comment from someone in the ‘research group’ who he described as ‘an unreliable source’.

Deputy chief magistrate Tan Ikram agreed to impose an interim order in March ahead of the full application for a stalking protection order.

At the time he said he was satisfied that the temporary order was ‘necessary and proportionate’ because the acts were ‘capable of being associated with stalking’ and there was an ‘ongoing risk’.