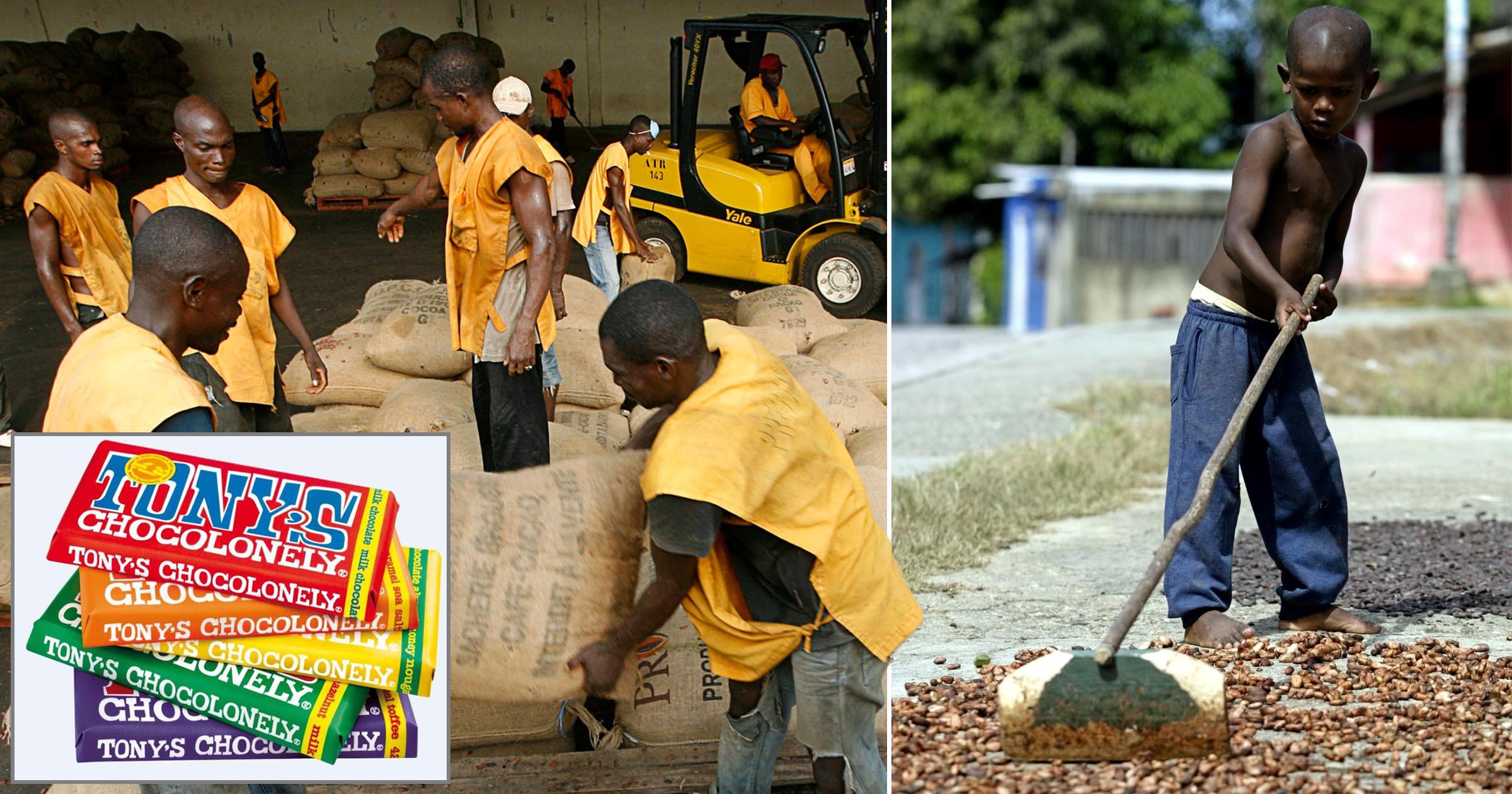 Tony’s Chocolonely has reportedly been removed from a list of ethical chocolate companies over its links with a manufacturing giant accused of using child labour.

The popular chocolate brand, sold in supermarkets including Waitrose and Sainsbury’s, is campaigning to make all chocolate ‘100% slave-free’.

But it has been dropped from a list by Slave Free Chocolate, an organisation which aims to end child slavery in the cocoa industry, according to The Times.

Manufacturer Barry Callebaut is said to process the cocoa beans for Tony’s but not source them.

The company – which claims to be the world’s leading manufacturer of high-quality chocolate and cocoa products – is one of several industry giants facing legal action over alleged slave labour.

Barry Callebaut was yesterday named as a defendant alongside Mars, Nestle, Hershey and Mondelez, which owns Cadbury, and others, in a US lawsuit filed on behalf of eight former child slaves who claim they were forced to work unpaid on Ivory Coast cocoa plantations.

The brands stand accused of aiding and abetting the illegal enslavement of ‘thousands’ of children on cocoa farms.

The eight individuals, now young adults said to be from Mali, are seeking compensation for forced labour, negligent supervision and emotional distress.

Although Tony’s does not directly source its cocoa beans from Barry Callebaut, rival firms and ethical traders suggest processing enables the firm to sell their chocolate at a cheaper price.

Although Tony’s cocoa beans are said to be fully traceable, Riggs added: ‘They’re still getting the price advantage of having a great big company make it for them versus themselves’.

Director of impact at Tony’s, Paul Schoenmakers, said the company was ‘disappointed’ to be dropped from Slave Free Chocolate’s list and hoped to return.

He disputed the suggestion that its commercial relationship with Barry Callebaut allowed it to operate more cheaply, insisting to The Times the arrangement for Barry Callebaut to process cocoa beans ‘adds cost and they charge us for that’.

The company, founded in the Netherlands in 2005, is now considering building its own manufacturing plant, he added.

In a further statement to Metro.co.uk, Mr Schoenmakers explained how the company was working to change the chocolate industry from within,

He said: ‘The chocolate industry is a deeply flawed system that we want to change from within. We go where the problems are in the this industry so we can solve them. We deliberately source our cocoa from West Africa where issues of illegal labour and modern slavery are most prevalent – so we can change it. We deliberately work with Barry Callebaut to show it is possible to be fully traceable while working with a large processor.

‘Ultimately, we want to show the biggest chocolate brands that it is possible to make delicious chocolate that is free from modern slavery and illegal child labour so we can get to a 100% slave free chocolate industry, worldwide, faster.

‘If we made our chocolate ourselves, big chocolate companies could disregard our 5 Sourcing Principles as it wouldn’t be possible for them to adopt or use at scale. We welcome debate and conversation around the topic because it helps get us closer to making 100% slave free the norm in chocolate.’

Tony’s has launched a petition calling for child labour to be made illegal and ‘modern slavery a shame of the past’.

The brand has been shortlisted for the 2021 Stop Slavery Enterprise Award (Goods & Service Companies) by the Thompson Reuters Foundation.

Barry Callebaut has ‘committed to eradicate child labour from its supply chain by 2025’, a spokesperson said.