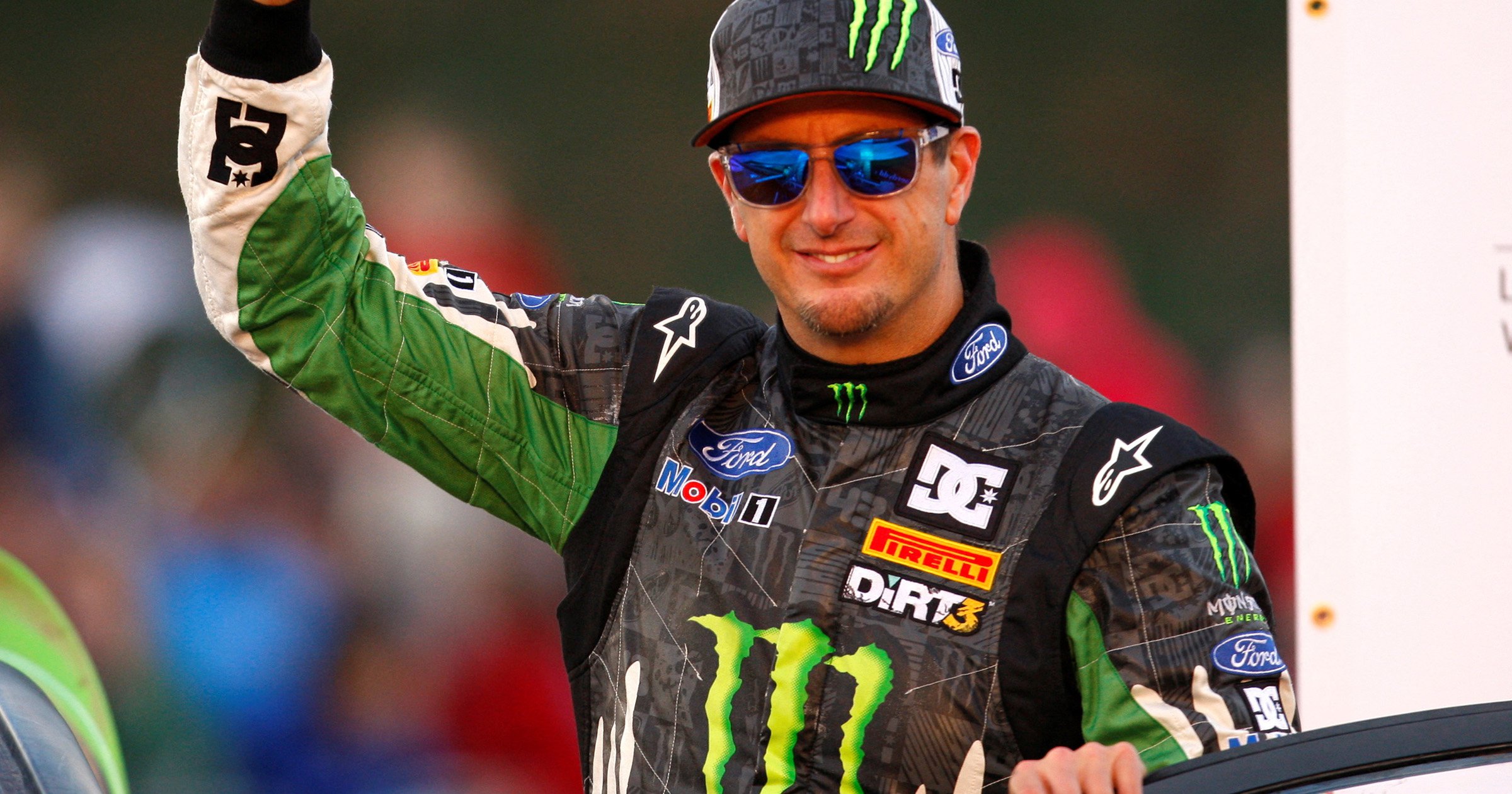 His team Hoonigan Racing announced the sad news, saying: ‘Ken was a visionary, a pioneer and an icon. And most importantly, a father and husband. He will be incredibly missed.’

The accident occurred in Utah’s Wasatch County and the Sheriff’s Office said that Block was riding on a steep slope when the snowmobile upended and landed on top of him.

‘He was pronounced deceased at the scene from injuries sustained in the accident,’ they said in a statement, adding that he was riding in a group but was alone when it occurred.

Having begun his rallying career in 2005, Block was named Rookie of the Year in the Rally America Championship.

He competed in the World Rally Championship and won several rallycross medals at the X Games.

The series racked up millions of views on YouTube.