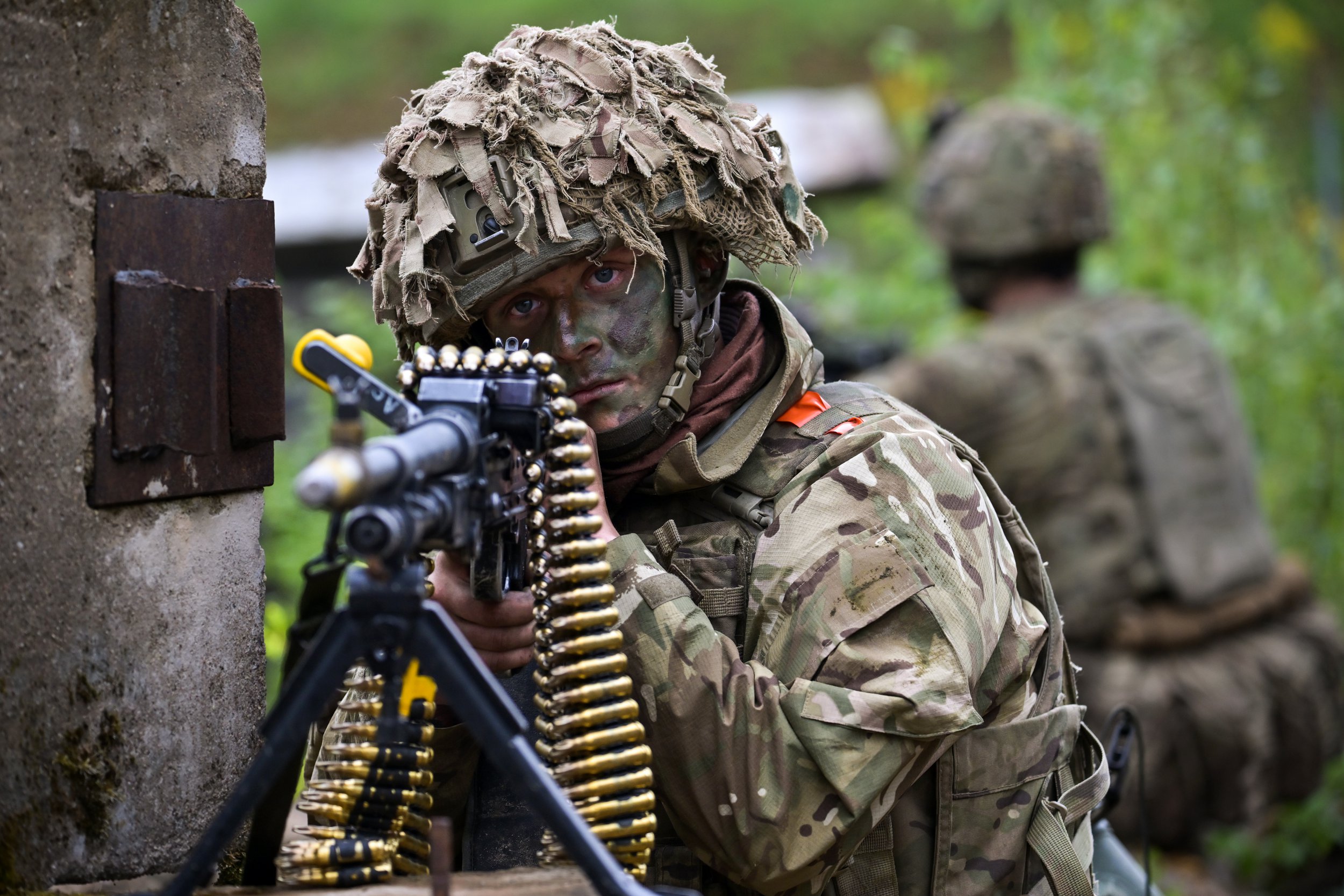 The British Army needs to ‘raise its game’ in case it is forced to tackle Russia threat ‘head-on.’

Soldiers have been encouraged to speak with loved ones about the fact they could be deployed to support Ukraine.

Warrant Officer Paul Carney said the British Army is ‘shaping itself to meet the threat from Russia and was ready to counter any aggression’.

WO1 Carney wrote in Soldier magazine: ‘I want us all to check we are physically fit for operations. And it is also important we prepare loved ones and families, who often have the hardest role in our absence.’

Defence chiefs have stressed that the warning ‘does not mean the Army is about to deploy to Ukraine’ but that the need to ‘prepare’ is essential.

Meanwhile the British Army’s chief of general staff, Gen Sir Patrick Sanders, has said commanders at each level of the Service ‘must step up’.

‘We are mobilising the Army to help prevent war in Europe by being ready to fight and win alongside our Nato allies and partners,’ he said.

‘This is the moment to defend the democratic values that define us; to help our brave Ukrainian allies in their gallant struggle -and stand with our friends ad partners to help maintain peace throughout the rest of Europe.’

Gen Sanders had been speaking at the Land Warfare Conference at the Royal United Services Institute in London.

It challenges the Army to ‘raise its game’ ahead of potential conflict.

The war in Ukraine has reached its 179th day with Russian forces showing no signs of abandoning their invasion.

Throughout the conflict, Britain has sent weapons and rocket launchers to aid Ukraine’s fight.

Royal Marines are also currently based within the British embassy in the capital of Kyiv.

Under the Army’s Op Mobilise, a rethink is underway of combat techniques and how best soldiers would operate in high-intensity conflict.

‘The threat has changed and we will changed with it,’ Gen Sanders said in his speech.

‘We will pick up the pace of combined-arms training and major and urban combat; rebuilt our stockpiles and review the deployability of our vehicle fleet.’

As the war lingers on in Ukraine, experts fear a potential rush in aggression this week.

Ukraine will mark Independence Day on Wednesday, which will also commemorate six months since Russia’s invasion.

President Volodymyr Zelensky has urged people to be vigilant ahead of the anniversary.