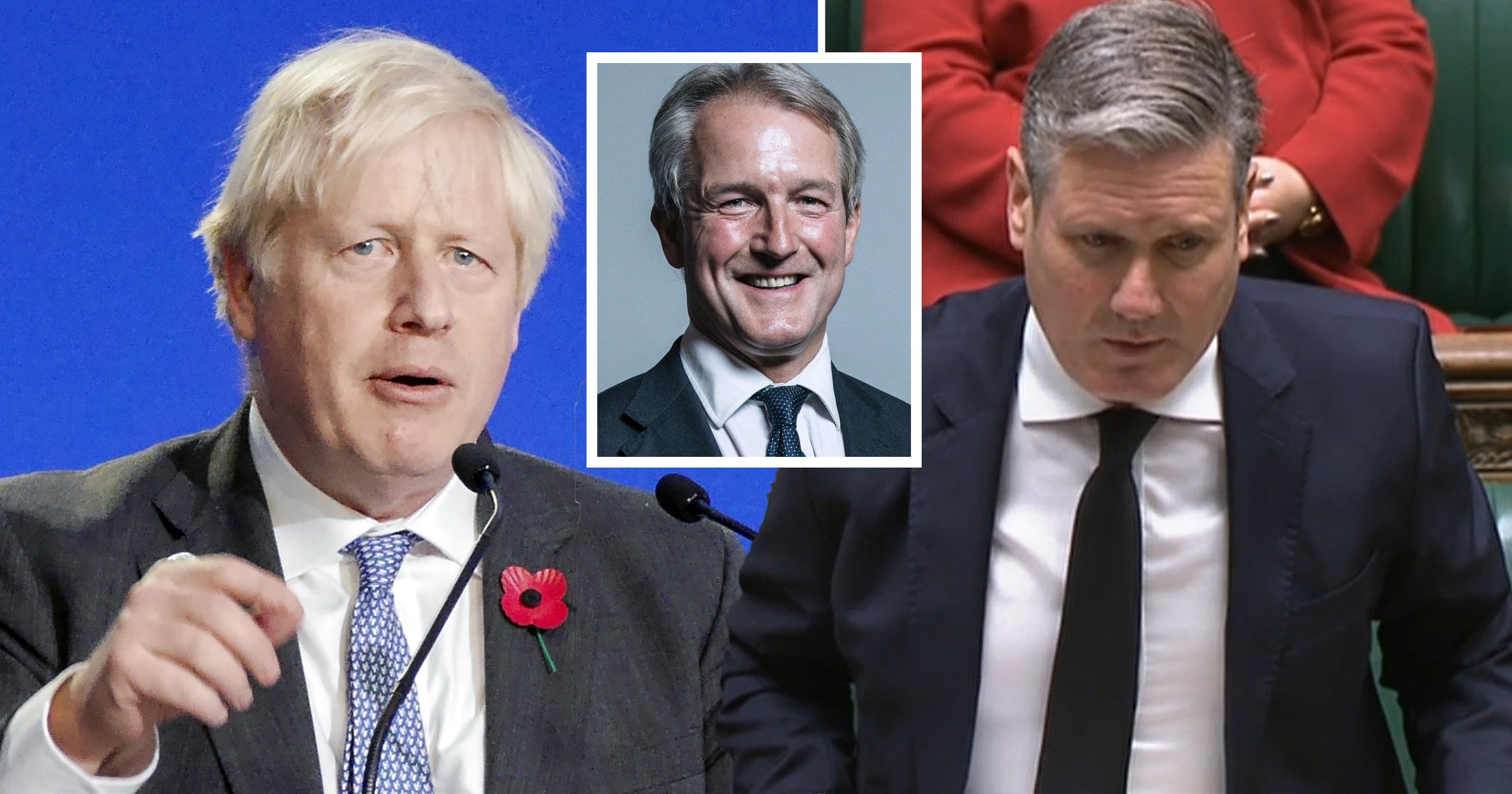 A poll conducted following the former minister’s resignation as an MP shows that Labour are almost neck and neck with the Conservatives.

And the opposition are now calling for Boris Johnson to consider his position following the row.

A long-standing lead for the Government has been cut to a single point – though it remains to be seen if the change is a long-term one, or if the finding is repeated in other companies’ polling.

It comes after the Government had whipped MPs to scrap the body which oversees their conduct, after it had suspended Mr Paterson.

Now, the Opinium study for the Observer showed a vast majority of the public believe he should have been suspended and MPs were wrong to initially block the move.

Yet it found the Tories still on front on 37% – down three points on last week – with Labour up one point on 36%.

The poll found the Liberal Democrats up one on 9% and the Greens down one on 6%.

Boris Johnson’s net approval rating was -20, the lowest rating it has been with the pollster – down from -16 last week – with 30% of those surveyed approving of the job he is doing and 50% disapproving.

Sir Keir Starmer’s rating remains on -9, with 29% approving and 37% disapproving, while opinions of who would make the best prime minister have also narrowed dramatically.

Elsewhere, the poll found that almost half of people would describe the Conservative Party and Mr Johnson as ‘corrupt’ while ess than a quarter thought them ‘clean and honest’.