Two female MPs on Tuesday said they saw a Tory MP watching a pornographic video on his phone during a select committee hearing.

It did not take long for the MP to be named as Neil Parish, who represents Tiverton and Honiton, on Friday.

Mr Parish appeared to visibly gulp as he was invited to discuss the allegations by GB News’ Darren McCaffrey at the end of an interview about the Ukraine war.

Asked whether the whip should be removed from the then-unnamed MP, he replied: ‘I think the whip’s office will do a thorough investigation and we will wait and see that result. From that, then the decision will have to be made what action to be taken.’ 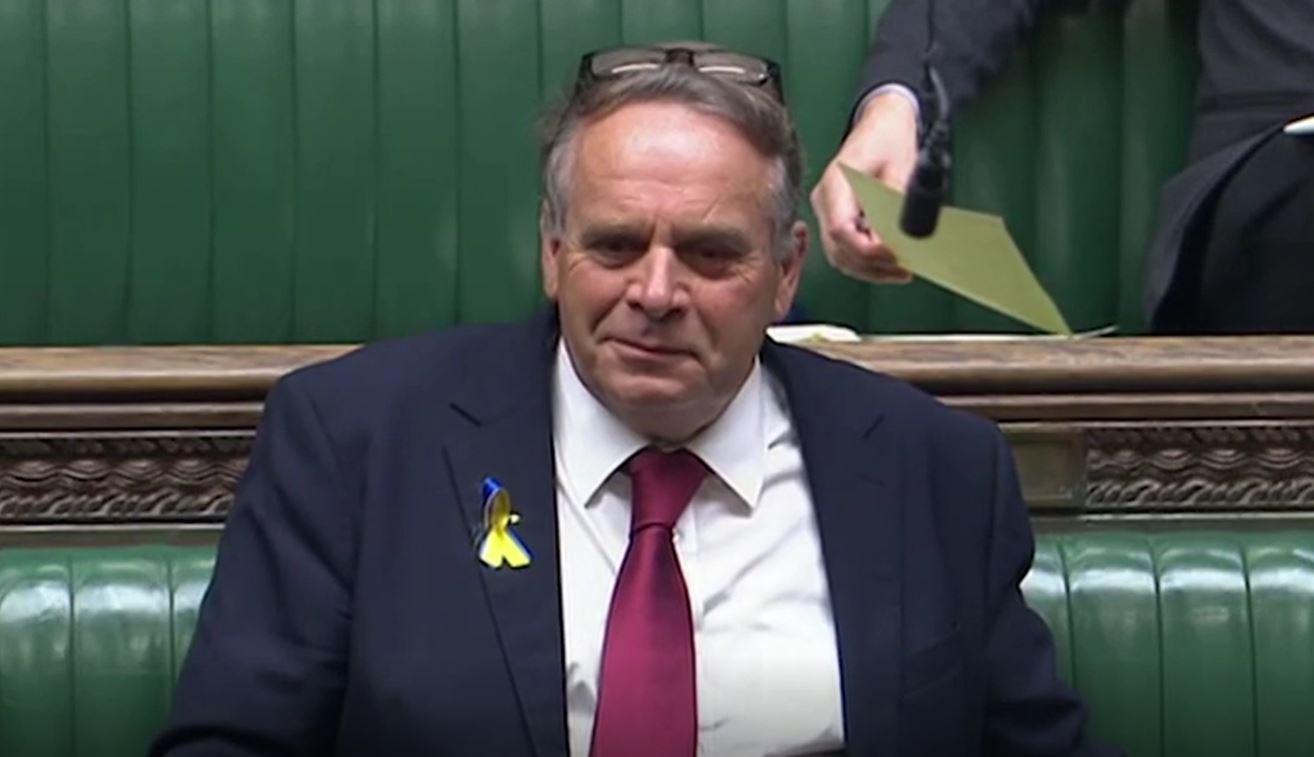 Mr Parish answered: ‘You’ve got 650 members of Parliament in what is a very intense area.

‘You are going to get people that step over the line.

‘I don’t think there’s necessarily a huge culture here, but I think it does have to be dealt with and dealt with seriously, and I think that’s what the whips will do.’

Mr Parish has since spoken to the Tory chief whip about the allegations has reported himself to the Standards Committee of the House of Commons.

He has been suspended from the parliamentary party while the investigation gets underway, but he said he will continue working as an MP in the meantime.

In a statement he said: Following recent allegations regarding an MP’s use of their mobile phone in Parliament, I have referred myself to the Parliamentary Commissioner for Standards in the House of Commons.

‘I will be cooperating fully with any investigation, and whilst it is ongoing I will continue to perform my duties as MP for Tiverton and Honiton.

‘I will not be making further comments at this stage.’

However, he later suggested he may have viewed the material by accident.

When asked at his Somerset home if he opened a file by error, he said: ‘I did, but let the inquiry look at that.’