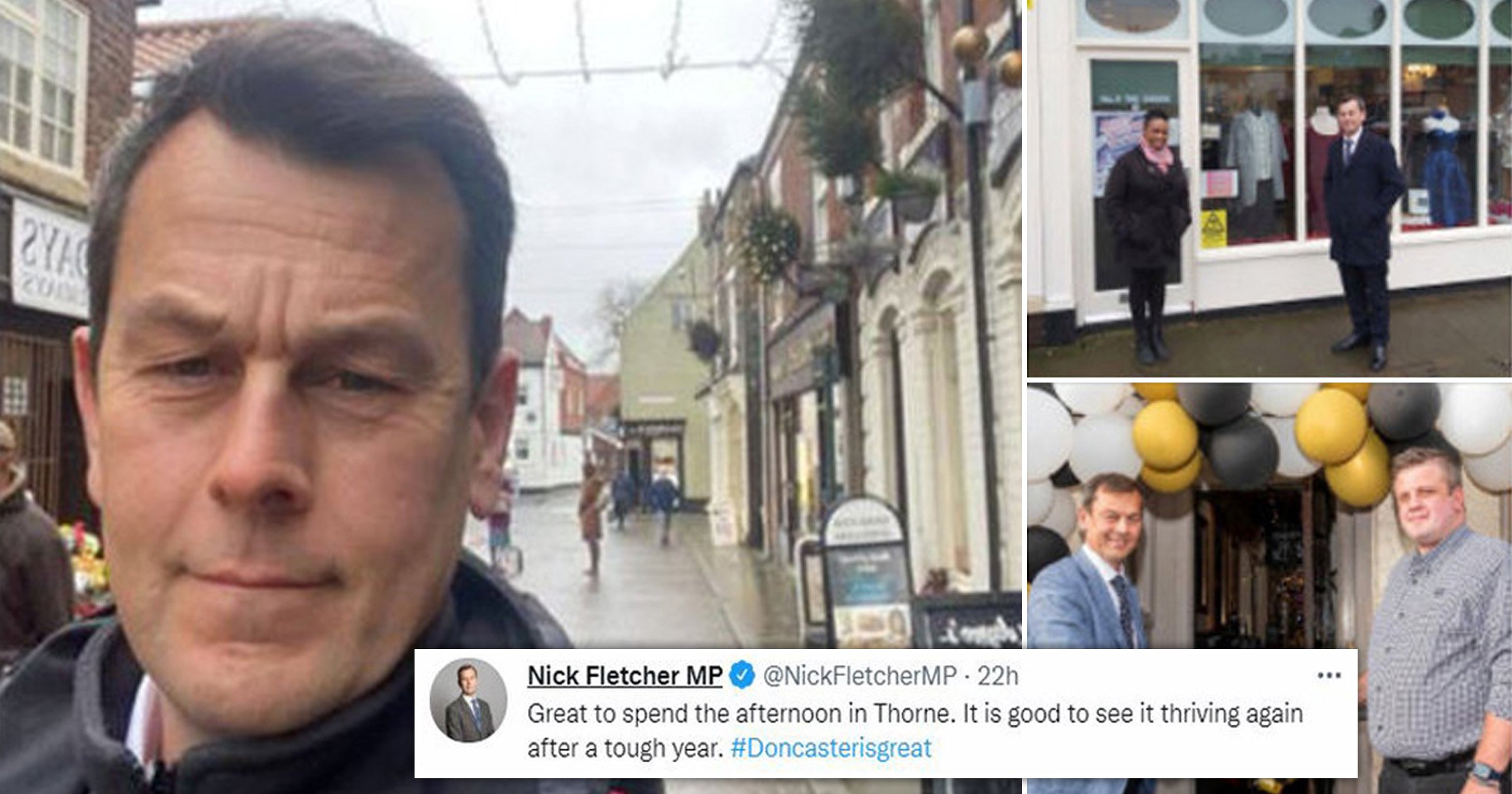 An MP was spotted apparently trying to pass off an old selfie as one he’d taken in his constituency the same day.

Nick Fletcher, who represents Don Valley in South Yorkshire for the Conservatives, posted the photo on Facebook saying: ‘Great to spend the afternoon in Thorne. It is good to see it thriving again after a tough year.’

Unfortunately, it added fuel to those prone to conspiracy theories who accused him of ‘faking’ the entire visit.

The 49-year-old has insisted he was in fact in Thorne, near Doncaster, that day – but says he forgot to take a photo before leaving.

He apologised for reusing the picture, but also said he was likely to do it again.

The MP, who won the former Labour seat in the 2019 election, sparked questions after people noticed there were Christmas trees in the high street in the background of the photo, meaning it must be an old one as they are not up yet this year.

Voters then noticed the MP had posted the same photo twice before – in December 2020 and then again in September.

One person wrote: ‘When you like a selfie so much you’ve used the same picture three times…’

Another woman asked: ‘How come Xmas trees are up when not putting them up till after 12th?’

One man took it badly, saying: ‘Fake fake fake – trees are not up yet – more Tory lies.’

While another began to question everything, asking: ‘Nice photo – from December 2020 isn’t it? Did you even visit?!’

The MP has now claimed he ‘forgot’ to take a photo during his trip and says it is not the first time he has re-used pictures when visiting parts of his constituency.

In a brief statement, he said: ‘Having spent the afternoon walking round Thorne with a local business man and calling at a local café for a coffee, I forgot to take a photo.

Later on this afternoon, he aded another statement which said: ‘It has been widely reported that yesterday, I reused an old photo of me visiting Thorne.

‘While I did in fact attend a surgery there, it was a mistake for me to reuse a picture. So, on my next visit, I’ll make sure to take a new photo to promote this great town in #DonValley!’