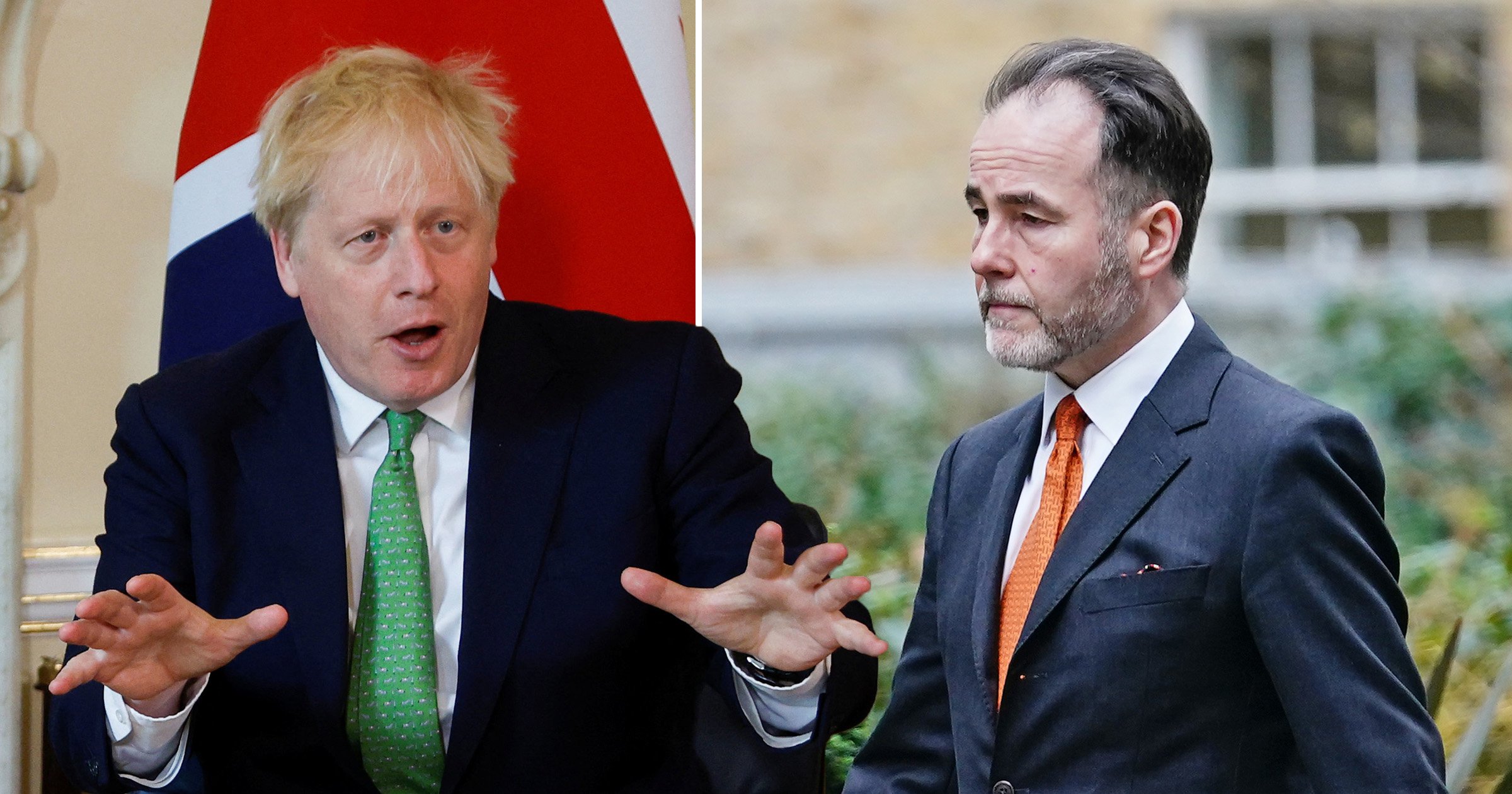 A Tory MP who allegedly groped two men has been suspended from the party while an investigation gets underway.

Chris Pincher dramatically resigned as deputy chief whip last night, saying he had  ‘drank far too much and embarrassed himself’ the evening before.

It is claimed he assaulted two men at a private member’s club in London, with his behaviour sparking complaints from other colleagues.

No 10 had said they considered the matter closed following his resignation, in which he apologised to the prime minister ‘and those concerned’.

But Boris Johnson was under pressure to go further and suspend him amid a Westminster sleaze scandal embroiling his government.

Caroline Nokes and Karen Bradley said anyone under investigation for such allegations should not be allowed to represent the party and called for a new code of conduct for Tory MPs.

Tonight, a spokeswoman for the Tory party said the prime minister has agreed that the Conservative whip should be suspended from Chris Pincher while he is investigated by the Independent Complaints and Grievance Scheme (IGS).

A statement from the Chief Whip’s office said: ‘Having heard that a formal complaint has been made to the ICGS, the PM has agreed with the Chief Whip that the whip should be suspended from Chris Pincher while the investigation is ongoing.

‘We will not pre-judge that investigation. We urge colleagues and the media to respect that process.’

Removing the whip means the Tamworth MP will sit as an independent in the Commons.

However, locals in his constituency are calling for him to quit – a move which would spark a by-election.

Mr Pincher has not responded to the specifics of the allegation, which was first reported on in The Sun.

But pressure grew throughout Friday for him to stand down as an MP as other allegations about his previous conduct were made, with opposition parties calling his position ‘untenable’.

In 2017 Mr Pincher quit the whips office after a complaint over an unwanted pass at the former Olympic rower and Conservative candidate Alex Story.

However he was reinstated two months later as a senior whip by Theresa May after having referred himself to both the police and the Conservative Party complaints procedure.

Mr Johnson was has come under pressure to explain why he gave Mr Pincher such a sensitive post amid reports that he had been advised not to do so.

The latest disclosures come after the Conservative Party has been hit by a series of scandals relating to sexual misconduct.

In May, Neil Parish quit as MP for Tiverton and Honiton after admitting viewing pornography in the Commons chamber, while the previous month Wakefield MP Imran Ahmad Khan was jailed for 18 months for sexually assaulting a 15-year-old boy.

In both cases the Conservatives lost the ensuing by elections.

A third unnamed Conservative MP has been told by the whips to stay away from Parliament after he was arrested on suspicion of rape and other offences.