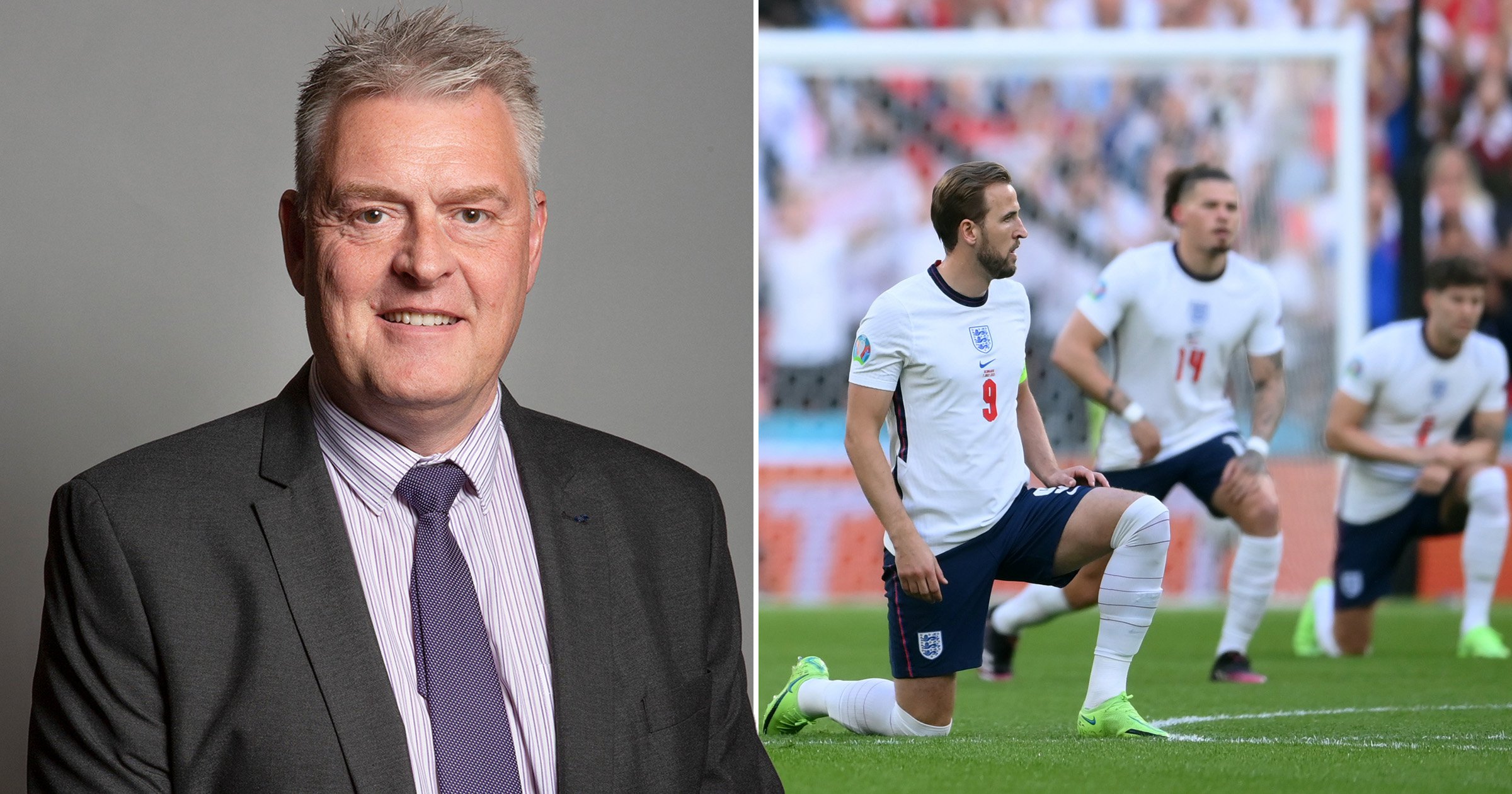 A Tory MP boycotting England’s Euro 2020 progress over the team’s practice of ‘taking the knee’ before games has vowed to miss the final against Italy.

Lee Anderson, who represents Ashfield in Nottinghamshire, claims he has so far avoided watching England’s games because of the gesture’s association with the Black Lives Matter movement.

The players have said they view it as ‘taking a stand against racism’ and have not publicly expressed support for political groups affiliated with BLM.

Mr Anderson said it’s ‘their choice to take the knee and it’s my choice not to watch the matches’ and will instead follow the historic final via live updates on his phone.

He did not clarify whether he will switch his phone off if pictures or text descriptions of England players taking the knee pop up.

Meanwhile, Labour have launched a petition to ensure the MP sticks to his promise, branding it a ‘pathetic one-man boycott’.

In a video uploaded to his Facebook feed, Mr Anderson, wearing a T-shirt with the Three Lions logo across the chest, said: ‘I’ve had a bit of a torrid week actually, lots of emails, a bit of abuse – but that’s normal – about my decision not to watch the England matches.’

‘That’s my decision, I’m not forcing my views on anybody else. 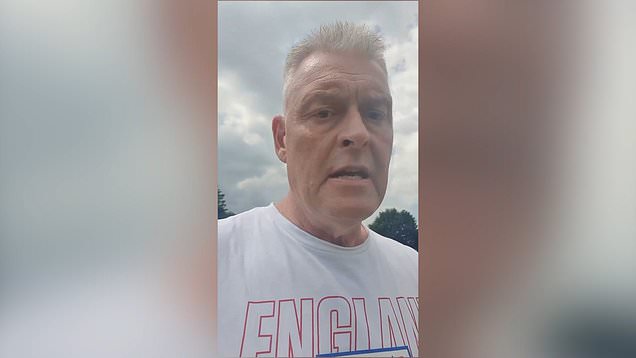 ‘I don’t like the taking the knee business, I think it associates with the Black Lives Matter movement – I know the England players don’t think it does but it does, it does to me.

He added: ‘But that’s their choice to take the knee and it’s my choice not to watch the matches.’

‘But I will be supporting England on Sunday night… I’m going to check my phone for updates to see if they’ve scored and cheer if they have. I hope they win and I hope it comes home.’

Mr Anderson previously described BLM as a ‘political movement whose core principles aim to undermine our very way of life’.

Manager Gareth Southgate has said players have a ‘duty’ to ‘interact with the public on matters such as equality, inclusivity and racial injustice’.

After some English spectators were heard to boo players making the gesture, he added: ‘I think we have got a situation where some people seem to think it is a political stand that they don’t agree with.

‘That’s not the reason the players are doing it. We are supporting each other.’

The Tory top brass have sent mixed messages about their stance on the issue.

Downing Street initially refused to condemn the booing after England’s first group game, though Boris Johnson came out a few days later to say it was ‘totally wrong’.

Vaccines minister Nadhim Zahawi claimed the government does support England players taking the knee but not BLM, calling it a ‘peaceful protest’ and arguing it is ‘only right that we back our team’.

Home Secretary Priti Patel later said England fans have a right to boo players taking the knee and does not support the gesture herself, launching into a tirade against protesters ‘rewriting history’ by toppling historical statues in the name of BLM.