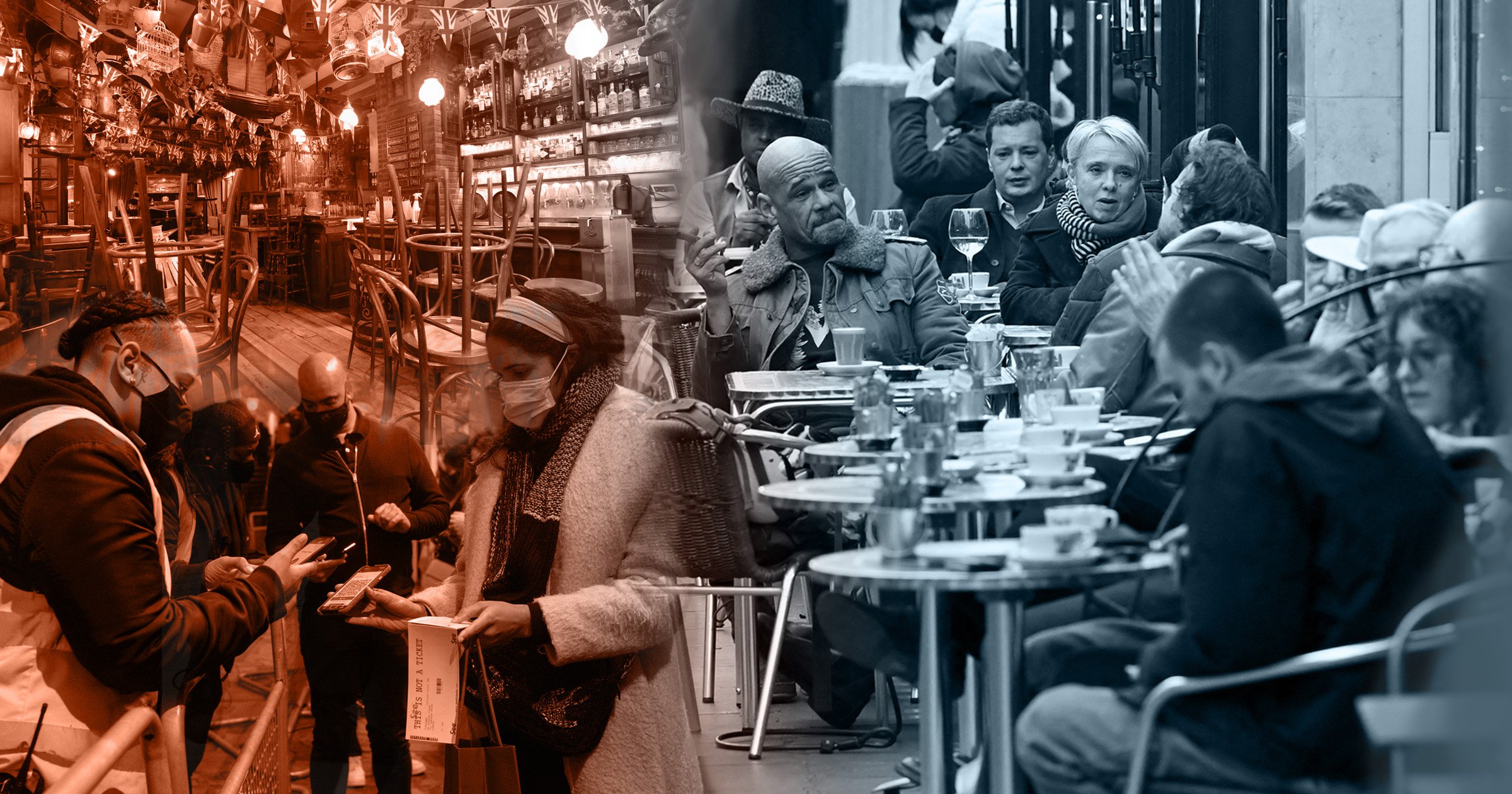 New Covid restrictions, much like those previously enforced during the pandemic, could be in place until late March.

The government’s scientific advisors have modelled what effect different levels of restrictions would have in reducing the pressure on the NHS and the number of coronavirus deaths.

The modelling, by experts from Warwick University, considered a package of measures including a ban on indoor socialising between different households and a return to the rule of six outdoors, in line with the Step 2 restrictions in place in April in England.

A consensus paper published on Christmas Eve by the Scientific Pandemic Influenza Group on Modelling, Operational sub-group (Spi-M-O) said ‘rapidly enacted Step 2 measures reduce the peak of hospital pressure to about half its level under Plan B only’.

The research looked at introducing Step 2 restrictions on either December 28 or New Year’s Day and keeping them in place until January 15, 28 or March 28.

It also included a model examining what impact ‘non-mandated behaviour change’ would have if it reduced mixing by half the amount that Step 2 would achieve.

The Spi-M-O summary of the Warwick modelling said: ‘A reduction in mixing equivalent to half that of Step 2 results in only a very small reduction in severe outcomes compared to Plan B alone.

The Warwick modelling has not yet been seen by ministers, who are expected to make a decision early next week, potentially as soon as Monday, on whether extra restrictions are required.

The modelling was completed before the latest data was published which suggests the Omicron variant may cause less severe illness than the previously dominant Delta strain of coronavirus.

The decision on whether or not to impose post-Christmas restrictions rests on a knife-edge after the UK has recorded record-breaking infection rates and rising hospital admissions London, the centre of the current epidemic.

Latest NHS data shows there were 386 new admissions for the virus in the capital on December 22 – a 92% rise on the figure last week.

While it is still considerably lower than the peak last January which saw 4,134 admitted to hospital, figures show admissions are doubling every 10 days.

Minutes from a meeting of the Scientific Advisory Group for Emergencies on December 23 noted ‘the peak in (hospital) admissions is highly uncertain but, even with a reduction in severity, may be comparable to or higher than previous peaks in the absence of significant behaviour change or further interventions’.

The minutes said ‘the earlier interventions happen, and the more stringent they are, the more likely they are to be effective’.

The prime minister is expected to review the lastest data on Monday.

Due to the requirement to recall parliament, he will then have to decide within 24-hours whether or not impose legal measures if they are to be in place for New Year’s Eve.

But any move to return to the kind of lockdown restrictions in Step 2 would be likely to meet with fierce resistance from Tory backbenchers.

Boris Johson suffered a revolt by around 100 MPs just to get England’s current Plan B measures approved.

The risk of another rebellion could encourage him to rely on guidance to reduce socialising rather than new laws, if ministers believe extra measures are required.