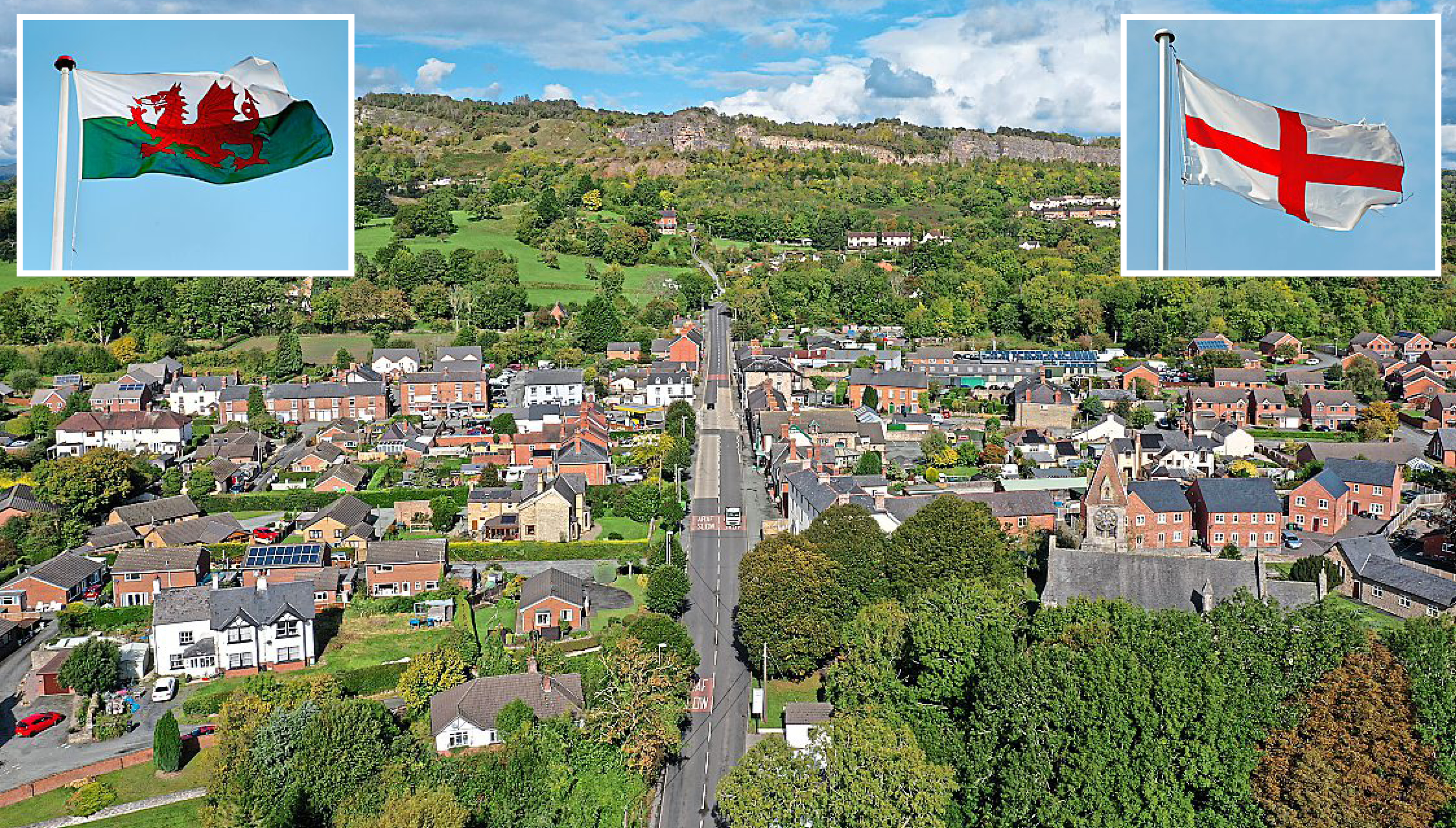 The World Cup’s first Battle of Britain showdown will pit neighbours against each other as millions tune in tonight to watch England’s clash with Wales.

A television audience of 16million is predicted for the Group B encounter in Qatar, with many commuters expected to leave work early to make sure of being home for the 7pm kick-off.

Loyalties will be divided in pubs in the Welsh border village of Llanymynech, which is split between the countries.

The Cross Keys, on one side of the main road, will be full of England fans, while punters will cheer the Welsh in The Dolphin, which lies in Powys.

‘If you’re on the path you’re in Wales, if you’re in here you’re in Shropshire,’ Cross Keys owner Jason Farr told The Telegraph. Sarah Gregory, whose sister and brother-in-law run The Dolphin, described exchanges between rival pubgoers as ‘good banter’.

This will be the first World Cup finals meeting between two British nations, though England did draw 1-1 with the Republic of Ireland in a match at the 1990 tournament in Italy.

Gareth Southgate’s Three Lions are through to the knockout stages unless they lose by at least four goals. But Wales and manager Rob Page need a win to have any chance of remaining in the competition.

Fans in Qatar for the game may be jealous as beers there cost £12 and are in short supply.

The match will provide another timely boost to the hospitality sector, with 11million pints being downed in pubs and another 14million at home, according to the British Beer and Pub Association.

Luke Dearden, of The Sydney Arms in Chelsea, west London, said: ‘Never mind dry January, it’s wet November thanks to the World Cup. We’ve had to get more beer stocks in.’

For more stories like this, check our sport page.