A British company has developed the first tractor in the world to be completely powered by cow poo.

The liquid methane gas-powered T7 vehicle is said to be first of its kind and could mark a turning point in efficient energy supply on UK farms.

The pioneering 270bhp tractor runs on fuel captured from farmyard manure and is said to match the performance of standard diesel-powered versions.

It works by collecting waste by-products from a herd as small as 100 cows into biomethane storage units based on the farm. The gas – known as fugitive methane – is then treated, compressed and turned into the low emission fuel.

A cryogenic tank fitted on the tractor keeps the methane in liquid form at -162 degrees giving the vehicle as much power as a diesel but with significant emission savings. 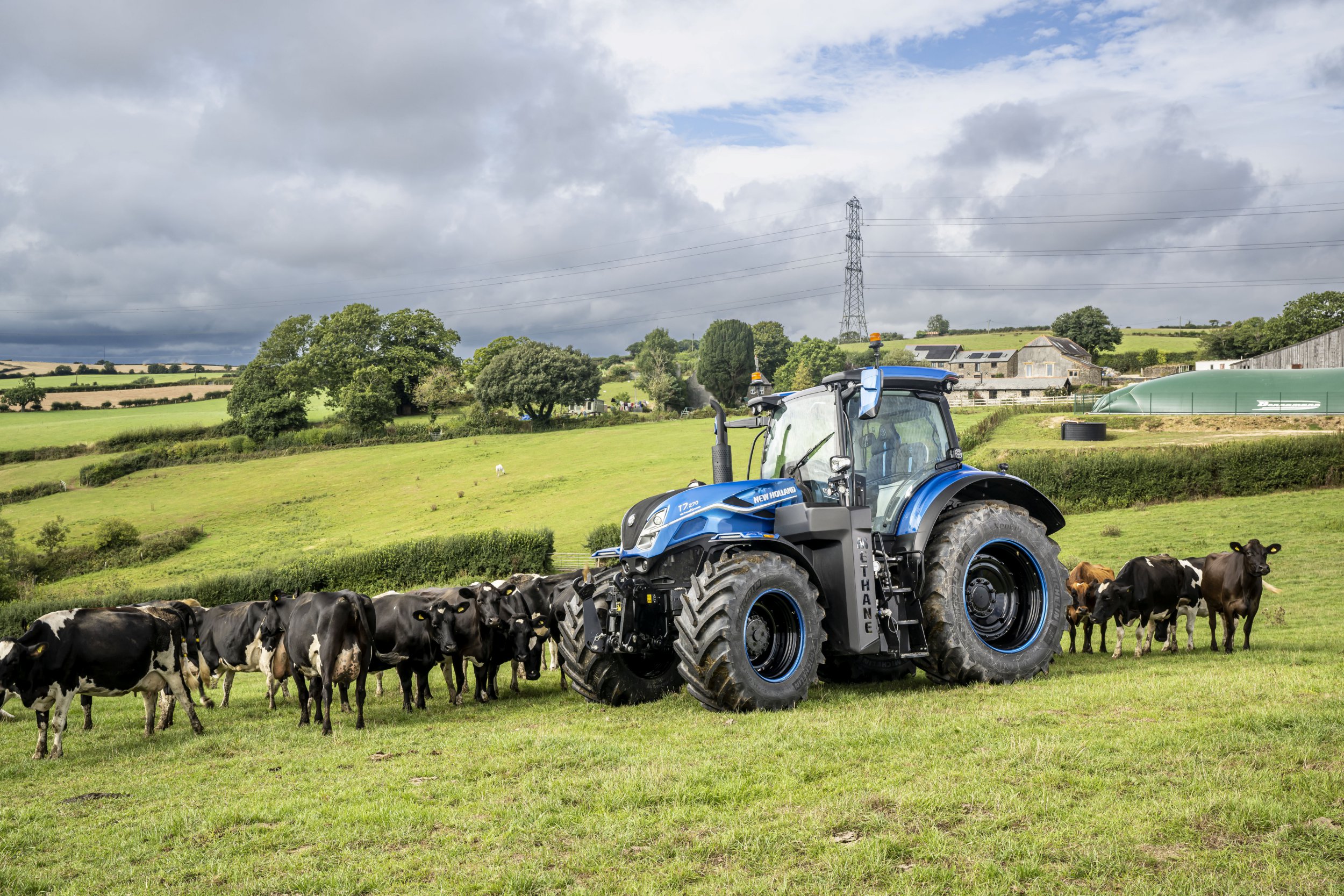 The groundbreaking machine was developed by Cornish company Bennamann, which has been researching and developing biomethane production for over a decade.

It was put through its paces during a pilot run on a farm in Cornwall where carbon dioxide emissions were slashed from 2,500 tonnes to 500 tonnes in just a year.

Bennamann co-founder Chris Mann said: ‘The T7 liquid methane-fuelled tractor is a genuine world-first and another step towards decarbonising the global agricultural industry and realising a circular economy.

‘Methane also has more than 80 times the atmosphere warming power of carbon dioxide over 20 years, so by removing it and putting it to good use we are helping to rapidly tackle global warming.

‘We’ve shown that harnessing the potential of biomethane can make farms energy-independent and carbon-neutral.’

To create the liquified fuel, the methane gas is first collected and stored in one of Bennamann’s on-farm biomethane capture and storage systems. The government grant-eligible systems are used for sealing slurry lagoons to capture methane that would otherwise escape to the atmosphere.

The company is also investigating the wider users of the technology and hope it could one day be used to charge electric vehicles in rural locations.